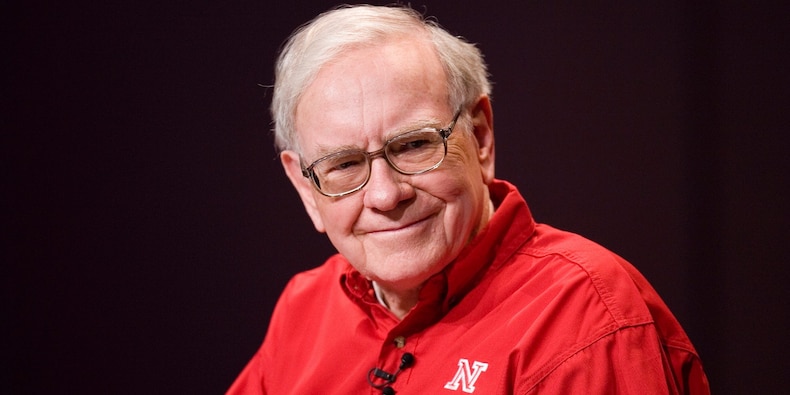 Warren Buffett’s advice to young people: Read widely, find a job you’re passionate about, and earn the love and admiration of those around you.

The billionaire investor and Berkshire Hathaway CEO shared those tips during a recent conversation with the chancellor of the University of Nebraska-Lincoln. Their discussion served as a virtual commencement address for students graduating from Buffett’s alma mater on Saturday, December 19.

Here are Buffett’s 11 best quotes from the interview, lightly edited and condensed for clarity:

1. “I would say this to this current year’s class: I would love to trade places with any of them. They feel they’re going out into an uncertain world but there’s never been a better time.”

2. “I owe my existence to the University of Nebraska. It doesn’t get much more fundamental than that.” – Buffett’s parents, Howard and Leila, met at the college while working for The Daily Nebraskan newspaper.

3. “I’ve gotten a lot of nice gifts in my life but I don’t think I’ve ever gotten a nicer one than that.” – Students from the university once gave Buffett a book containing all of the front pages of The Daily Nebraskan from the period when his father was the paper’s editor.

4. “You want to look for the job in life that you would take if you didn’t need a job. Don’t settle for anything, eventually, that’s less than working for a company you admire or people you admire – the job that if you had no need for the money, it’s still the job that you’d jump out of bed for in the morning.”

5. “I’ve been lucky enough to have one like that and I can tell you there’s just nothing like that. It isn’t work any more, it’s actually something you look forward to every day. You won’t necessarily find it the day you get out, but it is out there.”

7. “I was so lucky to be born in the United States. I was lucky to be born in Nebraska. I was a little bit lucky to have the parents I had, and I was lucky to get the education I got. You go out with a winning hand. Now, that doesn’t mean that every single day is perfect, the world isn’t that way. But try to think of another country where you’d rather be. Try to think of another era in which you would rather exist. I don’t think you can do it.”

8. “There’s nothing that beats reading. You want to have an inquisitive mind. People sometimes say to me, ‘If you could only have lunch with one person living or dead, who would you pick?’ Well the truth is, by reading you can have lunch with Ben Franklin or every great personality in the history of the world.”

Read More:Fund manager Brian Barish has returned more than 550% to investors over 2 decades, and he just had 2 of his best years ever. He told us how he did it – and 3 top picks for the next 5 years.

9. “One of the family said one time I was a book with legs.”

11. “If your children, if your spouse, if your coworkers, if those people at age 65 or 70, having seen what you do with them over a lifetime, if you have the love of those people, you are a success. I’ve never seen anybody that felt anything but a success if they had it. I’ve seen loads of people who had maybe more talent than them, more money, more fame, but if they didn’t have that it was very hollow.”