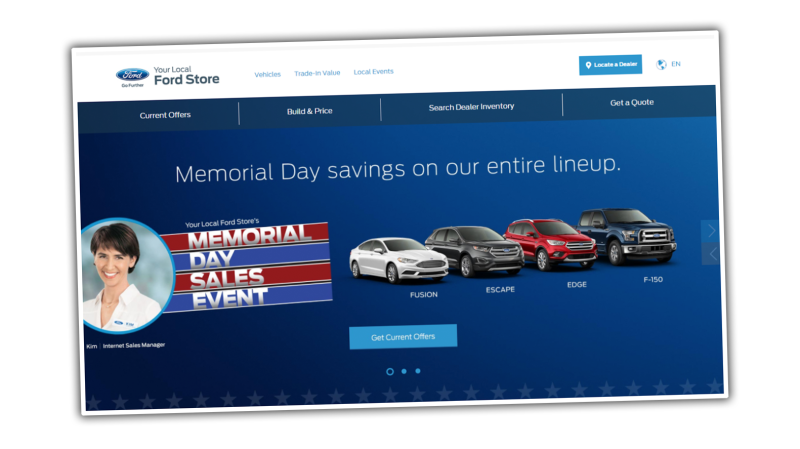 This was sent to us by Thomas, a reader of both our site and the BuyFordNow site for the Philadelphia area. This screenshot has a subtle problem; can you spot it?

Thanks to Ford’s strong corporate face, the general anonymity of nearly every SUV-crossover-CUV-whatever, and a crowded product line, some Photoshop grunt has mixed up the Escape and Edge:

Let’s be honest here, though. Without checking, would you really be able to remember which one is which?

I think the best way is to try and remember that the Escape is a little taller? Really, though the big takeaway here is that we should all be thankful that Ford is still selling the Flex, the one Ford SUV that actually looks identifiable from more than 20 feet away:

It’s not been updated in a while, and I fear for its future, but let’s just take a moment and appreciate it while we can.

Also, one of them has some body color between the headlights and grille. I think it’s the Escort. No, the Explorer?