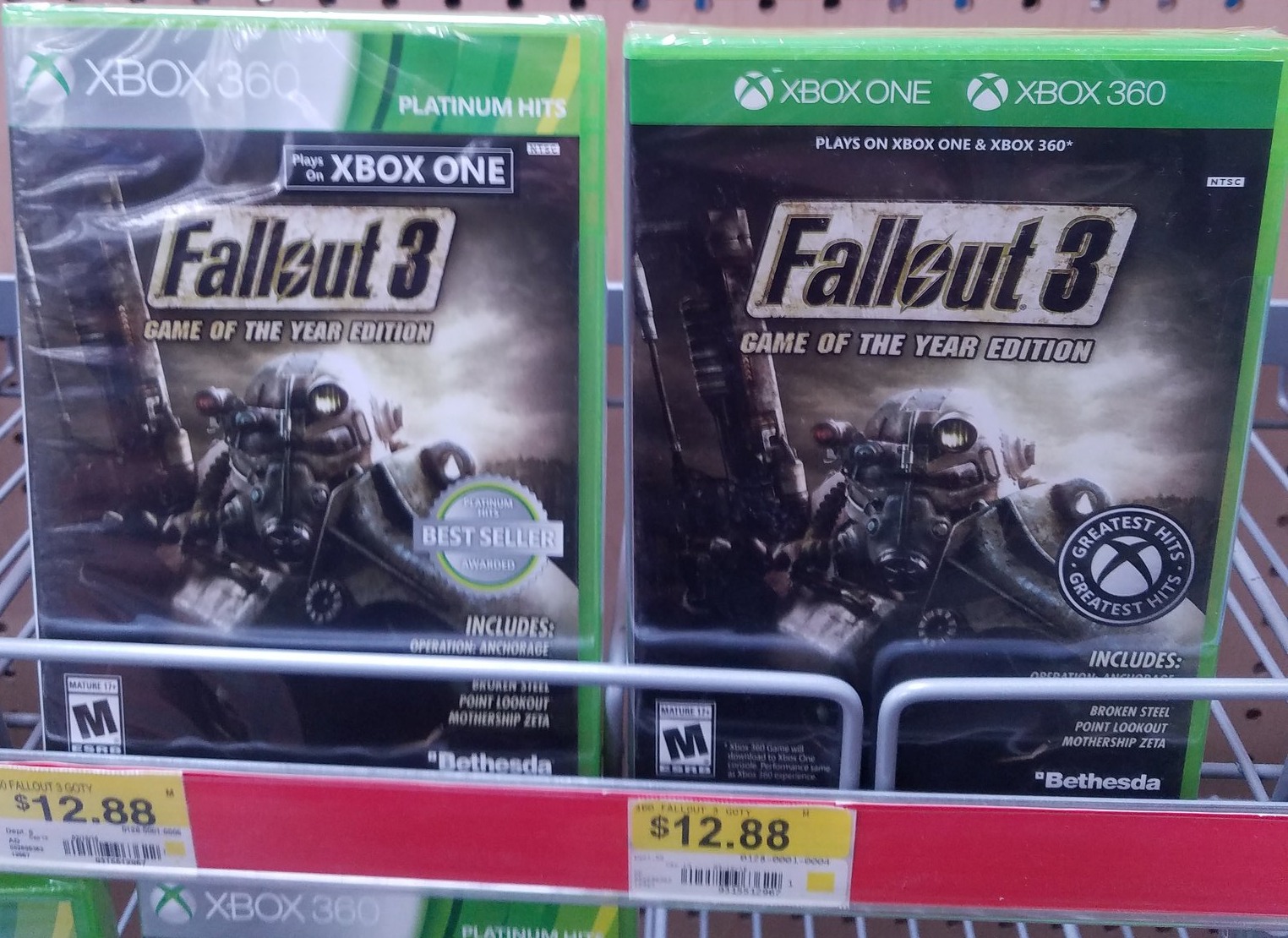 Xbox One’s backwards compatibility with Xbox 360 is a big selling point for the console. It’s something the PlayStation 4 can’t do and one of the features that fans list off as being most important when selecting a new system. It seems like it must be doing well for the company, too, as Xbox 360 games are now starting to receive Xbox One branding to indicate that they’re part of the backwards compatibility program.

First spotted by Reddit user divangreedy8, popular Xbox 360 games that are part of the program are getting new boxes that replace the Xbox 360 headers with an Xbox One-styled one that lists both systems and explicitly states that the game “Plays on Xbox One and Xbox 360.” Here, Fallout 3: Game of the Year Edition is shown with the new header.

This new box branding for Xbox One makes sense

This will make it easier, when standing before a wall of old games, to pick out which ones are going to work, rather than having to look up the list on your phone. Better yet, this suggests that older games will stay in print and easily available for longer, perhaps even finding a place on shelves at places like GameStop. So many games these days are ephemeral – they sit on shelves for a couple months, and then disappear forever once they fall off the radar. If even just a little bit, this helps preserve some of those old games.

There’s no official word from Microsoft on this yet, and it’s unclear how many games will see the branding change, but the Redditor spotted Doom 3: BFG Edition as well, so it’s likely we’ll see more of these soon.