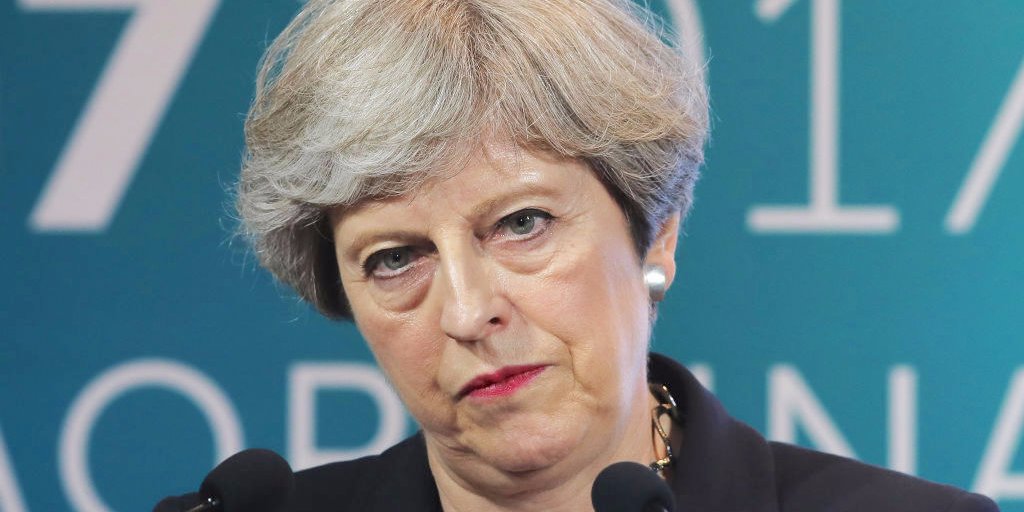 LONDON — Theresa May could be on course to lose her majority in parliament, according to striking new analysis by one of Britain’s leading pollsters.

A new projection by YouGov for the Times finds that the Conservatives are set to lose twenty seats and Labour gain nearly 30 seats in next week’s general election. Such a result would completely defy previous expectations.

It would cause a “hung parliament” with no party having overall control and throw Britain back into the era of coalition government.

It would also cast the prime minister’s future into doubt after her decision to call the unscheduled snap election to “strengthen my hand” in Brexit negotiations.

When the prime minister called the election last month, polls suggested she was on course for a landslide majority with leads of up to 24 points in some polls.

In the wake of Macron winning a landslide victory in the French presidential election, May raised expectations of winning an “equally strong mandate” in the UK.

However, today’s analysis suggests that advantage has all but disappeared. May now risks being ousted from Downing Street altogether.

The YouGov model is based on one they claim to have tested during the EU referendum, which successfully forecast a win for Leave, against the predictions of most other polls and commentators. There has been a surge in support for Jeremy Corbyn.Matt Cardy / Getty

In order to come to their projection, they interviewed 50,000 people across the country over the course of a week and then analysed their results alongside publicly available census, demographic and electoral data.

Writing in the Times, YouGov’s chief executive Stephen Shakespeare says the model comes with a large margin of error, suggesting that the Tories could still be on course for a comfortable majority in line with some other recent polls.

“We know we run a risk publishing so much data in the heat of an election but as data scientists we are committed to innovating to increase both accuracy and specificity,” Shakespeare says

The news has already caused turbulence in the financial markets with the pound falling against both the euro and the dollar. By contrast, Theresa May’s ratings have plummeted since the launch of her party’s manifesto and the row over the so-called “dementia tax.” The poll found the prime minister had a net favorability of minus 8, just a few points higher than Corbyn’s.

The switch in public perceptions of Corbyn has followed a series of well-received manifesto policies and campaign performances from the Labour leader. Corbyn’s recovery was complicated somewhat yesterday, however, when he stumbled during an interview on Radio 4’s Woman’s Hour. The Labour leader failed to answer a question on the cost of Labour’s flagship childcare pledge and was filmed fruitlessly searching for the figure in his manifesto and iPad.