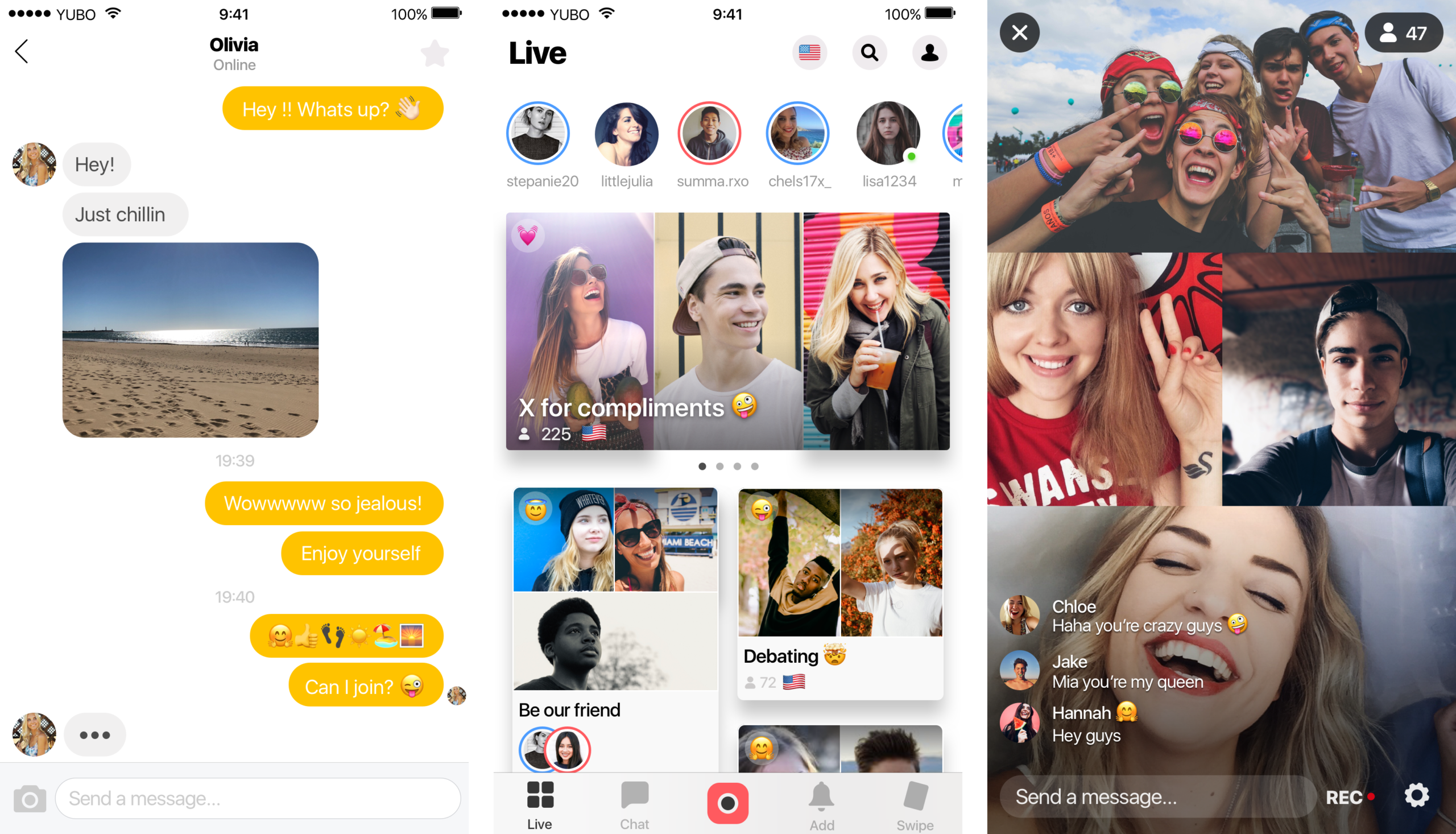 French startup Yubo has raised a $12.3 million funding round led by Iris Capital and Idinvest Partners. Existing investors Alven, Sweet Capital and Village Global are also participating. The startup has managed to attract 25 million users over the years — there are currently tens of thousands of people signing up to the platform every day.

Yubo is building a social media app for young people under 25 with one focus in particular on helping teenagers meeting new people and creating friendships. Compared to the most popular social media apps out there, Yubo isn’t focused on likes and followers.

Instead, the app helps you build your own tiny little community of friends. Yubo wants to become a familiar place where you belong, even if high school sucks for instance.

More details in my previous profile of the company:

Yubo is a social network about socializing

In addition to meeting new people, you can start conversations and create live video streams to hang out together. Each stream represents a micro-community of people interacting through both video and a live chat.

Since 2015, Yubo users have sent each other 10 billion messages and started 30 million live video streams. Overall, the user base has generated 2 billion friendships.

Soon, users will be able to turn on screensharing to show something on their phones. And at some point in 2020, Yubo should release Yubo Web in order to expand Yubo beyond your smartphone and enable new use cases, such as video game live-streaming.

With today’s funding round, the company wants to attract users in new markets. Yubo is mostly active in the U.S., Canada, the U.K., Nordic countries, Australia and France. Up next, the startup is going to focus on Japan and Brazil. The company plans to hire 35 new people.

When it comes to business model, the company started monetizing its app in October 2018 with in-app purchases to unlock new features. In 2019, the startup has generated $10 million in revenue.

Yubo will also use this funding round to improve safety. It’s a never-ending process, especially when there are young people using your platform. The company already partners with Yoti for age verification. Users will soon be able to create a blocklist of certain words to customize their experience.

In addition to continuous work on flagging tools and live-stream moderation algorithms in order to detect inappropriate content, the company will also increase the size of its moderation team. The company has also put together a safety board with Alex Holmes, Annie Mullins, Travis Bright, Mick Moran, Dr. Richard Graham and Anne Collier.