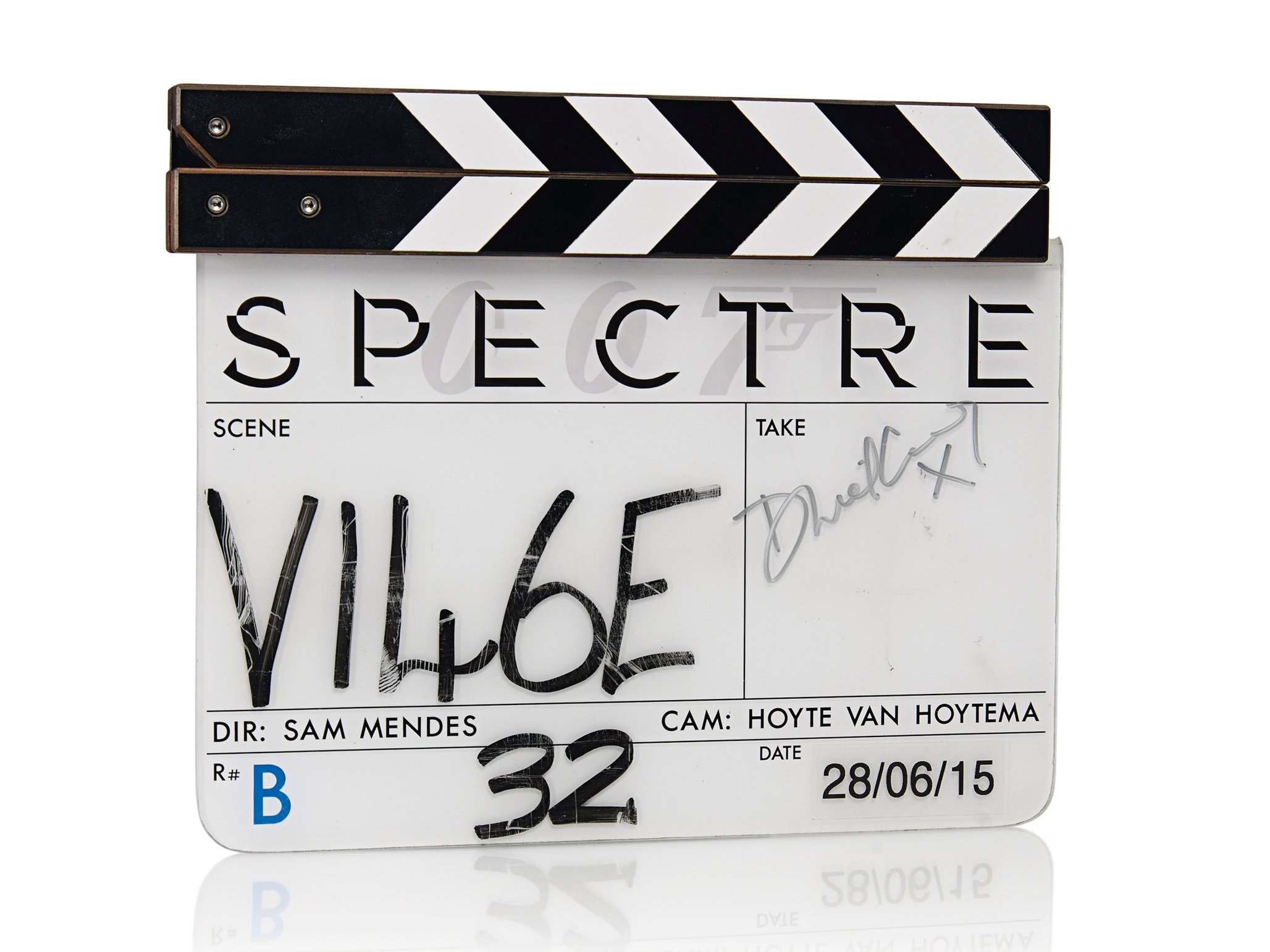 Christie’sThis clapper board — used during filming — is signed by Craig himself.

We can’t all be 007. But at least we can get close by picking up a piece of the smooth-operating spy’s kit.

Christie’sis auctioning off a selection of the props and costumes used by actor Daniel Craig and the rest of the cast of 2015’s “Spectre”, the latest addition to the Bond ouevre. There’s both a live auction and an online one; bidding online started on February 17 and closes on February 23.

All proceeds will be going towards Doctors Without Borders and other charitable groups, including the United Nations Mine Action Service, the Danish Refugee Council, and One to One Children’s Fund.

It won’t come cheap, but you’ll know you’ve made it when you serve your date a perfectly chilled martini — shaken, not stirred — in the very same glasses from which Craig and his costar Léa Seydoux sipped their own cocktails.

Check out some of the agent-approved items up for grabs, below.