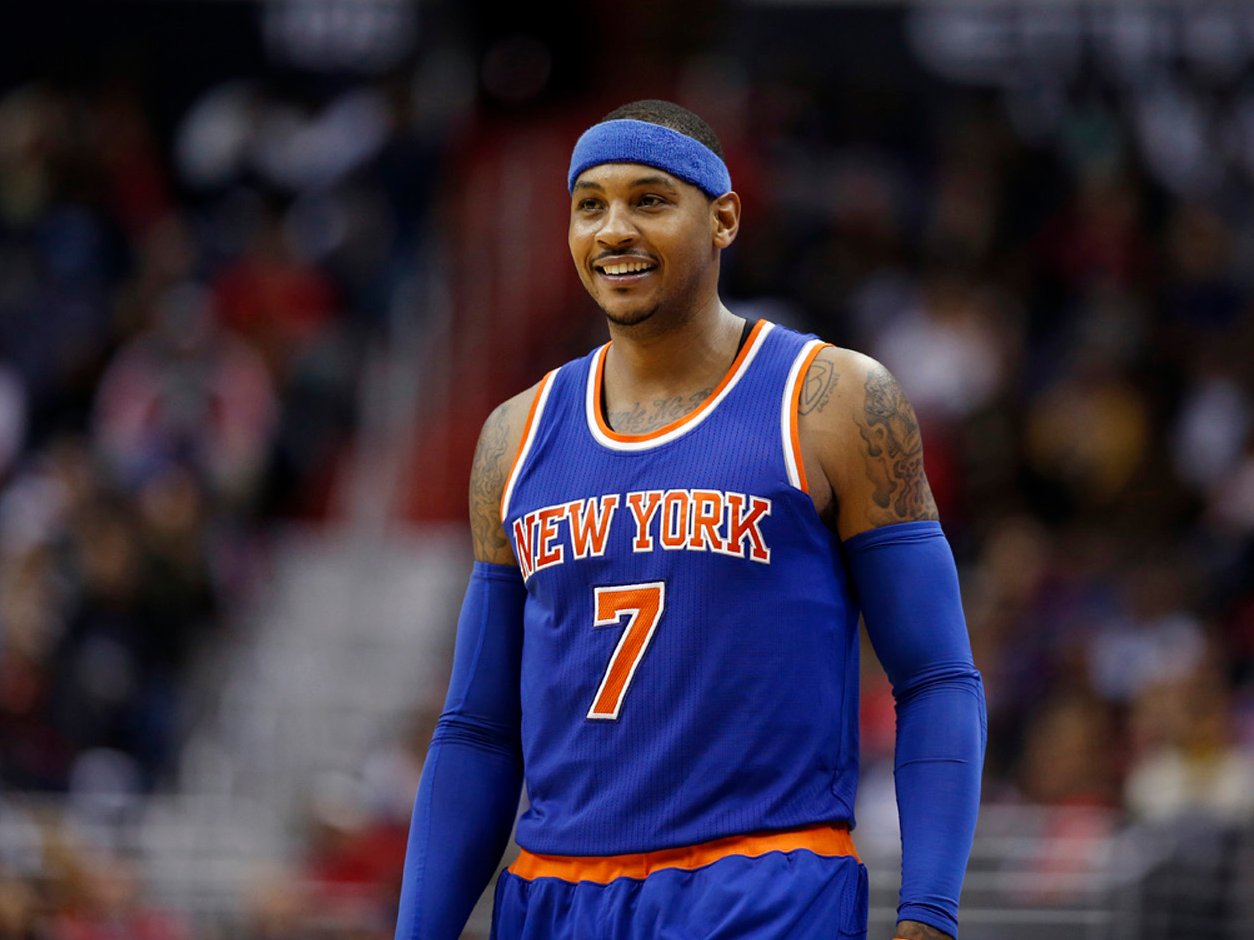 Kevin Love made an oddly worded statement about LeBron James, and things seem to be getting awkward again

The New York Knicks have been one of the NBA’s most pleasant surprises this year.

At 22-22, the Knicks are firmly in the playoff race, a far departure from last season when they finished with a franchise-worst 17-65 record, second worst in the NBA.

Behind their renaissance has been the explosive play of rookie Kristaps Porzingis, the surprising effectiveness of Arron Afflalo, but perhaps most importantly, Carmelo Anthony molding into the player the NBA world always hoped to see.

Anthony has at times carried a somewhat negative reputation amongst NBA fans for his isolation-heavy style, his frequently sticky hands on offense, his come-and-go attitude towards defense, and perhaps unfairly, his lack of postseason success. Anthony is clearly one of the most dominant scorers in the NBA, an excellent passer when he wants to be, and a capable defender, but he rarely flashed all of these skills at the same time on a consistent basis.

Coming into the season, as the Knicks shifted toward a lengthy rebuild spearheaded by Porzingis’ future potential, it looked like a matter of time before the Knicks had to move on from Anthony, who at 31 years old, seemingly didn’t match Porzingis’ timeline.

Instead, Anthony has molded his game into the exact type of player fans always hoped to see. The Knicks offense still runs through him, but he’s shown an increased willingness to trust his teammates by hitting them for open looks, while also demonstrating a renewed commitment to rebounding and playing defense.

In the Knicks’ thrilling 118-111 overtime win over the Utah Jazz Wednesday night, Anthony’s full repertoire was on display. He finished with a studly stat line of 30 points on 13-20 shooting, seven rebounds, and nine assists, flirting with a triple-double as he has several times this season.

Down the stretch, the Knicks didn’t over-think their offense; they let Anthony face up on the wing and take what the defense gave him. At times, that meant going to his usual jab-step-happy isos to score his own baskets.

More impressively, when put in these situations, Anthony can act like a quarterback in the pocket, picking apart defenses where they leave holes. Anthony had four huge assists for three-pointers in the fourth quarter and overtime.

His defense on Jazz star Gordon Hayward was equally as important. Hayward finished with an impressive 27 points on 8-19 shooting with five assists, but over the final 17 minutes of the game, Anthony helped hold Hayward to 2-6 shooting with three turnovers.

This isn’t groundbreaking defense, but the effort and quick feet forced Hayward into a late, critical turnover.

Anthony’s versatile play of late is reflected in the stats. While his shooting percentages are down, his advanced stats reflect his improvements across the board. According to Basketball-Reference, Anthony’s rebound percentage (percentage of rebounds grabbed by a player) is 12.1%, the second highest of his career, and his assist percentage (percentage of field goals a player assists on) is a career-high 21.2%.

After a slow start to the season as he recovered from knee surgery last season, Anthony has turned it on. Since December 12, a stretch in which the Knicks have gone 12-8, Anthony is averaging a robust 22 points per game on 48% shooting, eight rebounds and five assists per game. There’s an argument that Anthony shouldn’t be praised for playing the game in a more sensible, consistent way than he’s ever done. ESPN’s Zach Lowe touched on this in his column, writing:

“As for Anthony, it’s almost pathetic how much squealing praise he gets for playing passable defense and passing the ball. How many breathless stories do we have to read about how this newly matured Melo trusts his teammates? Did anyone not realize that passing and defense were good things? … Anthony playing, you know, basketball isn’t a revelation, but it is helping the Knicks survive the toughest stretch of their schedule.”

While it’s a fair argument, perhaps the most important part of Anthony playing all-around basketball is that few players in the NBA can match his ceiling, so to speak, when he’s playing like he is now.

Knicks coach Derek Fisher noted how important it is for Anthony to unlock all of his tools at once.

“The interesting thing for Melo is that there’s this land of opportunity out there that he has not quite accessed yet. And that’s what we’re here to do alongside of him,” Fisher told reporters. “He’s a prolific scorer, no doubt about it. But I think the other parts of the game that he’s capable of dominating in as well, those are the parts that will elevate him and elevate our team. That’s what we’re trying to do.”

For the Knicks, this version of Carmelo Anthony is absolutely crucial for their success. After 12 years in the NBA, there was doubt Anthony would ever realize all of his skills and put them to use, at once, for an extended period of time.

But Anthony is doing it this year, and the Knicks suddenly look like a legitimate playoff threat whose rebuild has sped up at an unexpected rate.