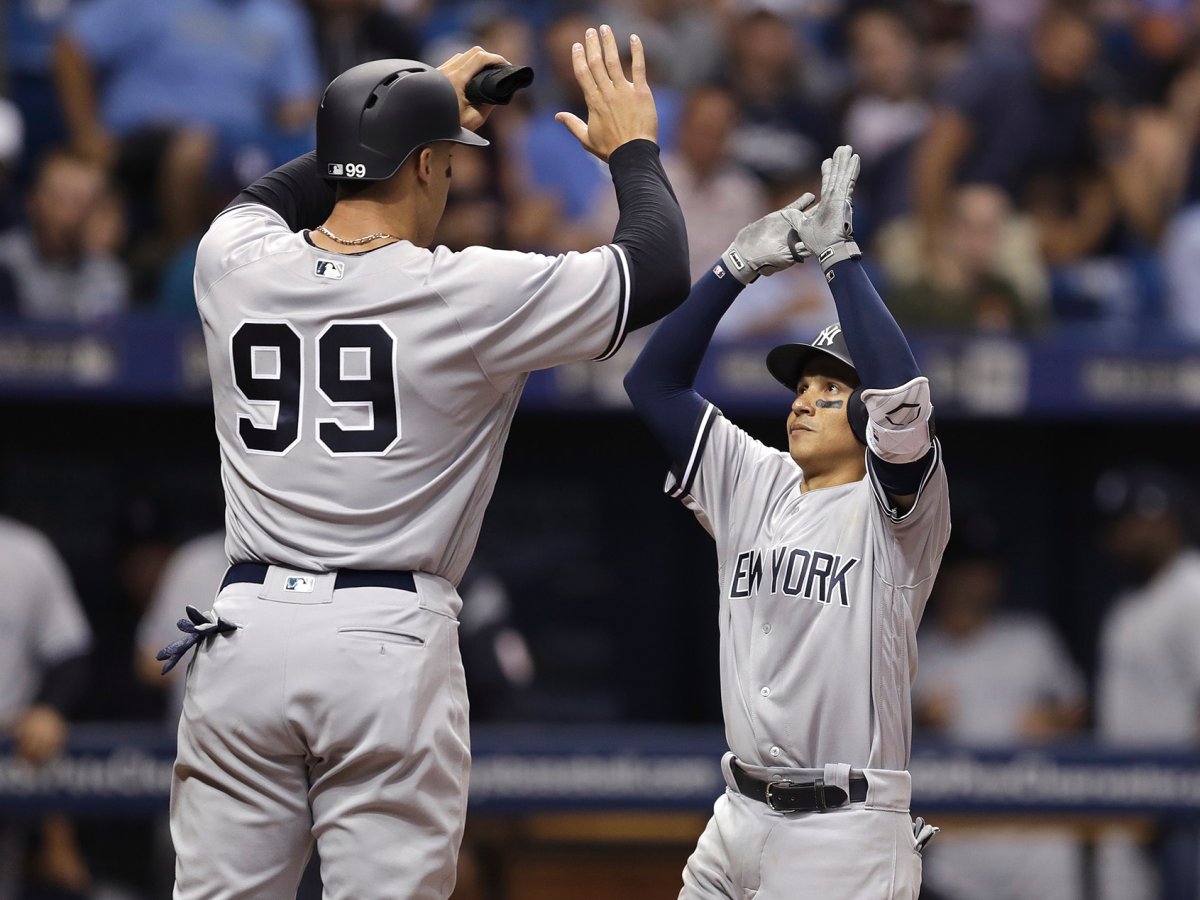 Aaron Judge has played fewer than 100 big league games and he is already creating MVP buzz as he leads the American League in all three triple crown categories.

What Judge lacks in experience, he more than makes up for with one huge advantage over other players — his size. At 6-foot-7, 285 pounds, Judge is the largest position player in Major League history, according to Buster Olney of ESPN.

With that size comes shear strength, and with strength, Judge can hit the ball harder than most. That not only means more home runs, but with the ball coming off the bat faster, it increases the chances of balls being hit where fielders can’t reach them.

To truly appreciate how big Judge is, one needs to just see him standing next to his peers. Below we take a look at some recent pictures of Judge making other players look tiny.