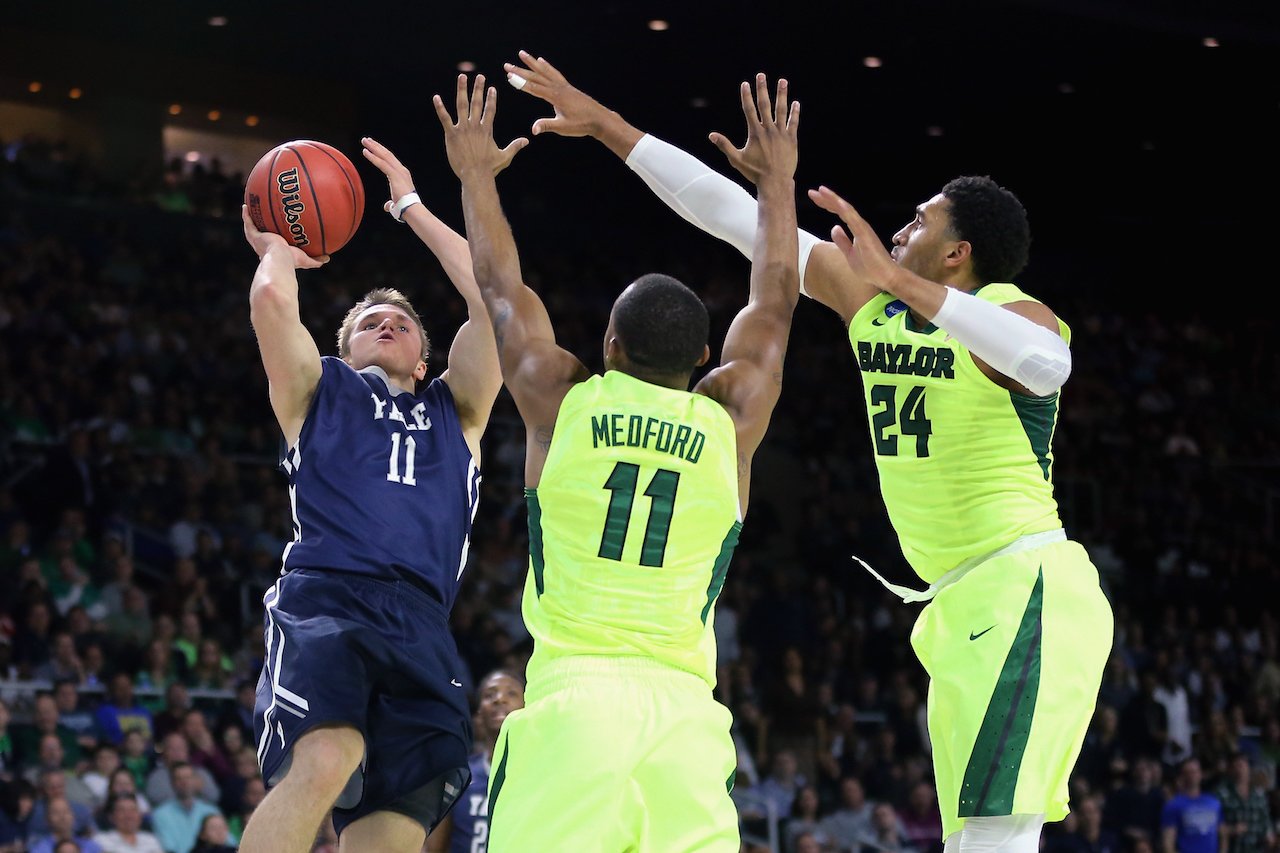 Sophomore guard Makai Mason exploded for 31 points to propel Yale past Baylor and into the second round of the NCAA tournament for the first time in program history.

Playing in March Madness for the first time since 1962, Yale entered the game as an 12-seed and five-point underdogs against Baylor. The Bulldogs shot 53% from the field, compared to Baylor’s 44%, and they out-rebounded the Bears, 36-32. Yale also hit 22 of 29 free throws, while Baylor struggled from the line, hitting nine of 15.

But the real story was Mason, a sophomore from Greenfield, MA who carried his team down the stretch — particularly from the line. Mason hit all 11 of his FT attempts, including numerous clutch shots with under two minutes remaining and Yale clinging to its shrinking lead.

Here’s a nice move from Mason in the first half. The guy has real game:

Yale’s regular season, during which they finished 19-1, was overshadowed by controversy surrounding former team captain Jack Montague. Montague was expelled from the school for sexual assault midway through the season, and throughout the remainder of the year the rest of the team came under fire when they repeatedly held up four fingers following wins as a tribute to Montague, who wore number 4.

Montague was sighted at Yale’s game on Thursday, sitting with a team athletic liaison. He is reportedly suing the school for wrongfully expelling him.

Here’s Montague in the stands during Yale’s game: REUTERS/USA Today SportsExpelled Yale basketball player Jack Montague watches the game during the first half of a first round game of the 2016 NCAA Tournament at Dunkin Donuts Center.

And here’s the team celebrating with their coach after the win:

With the win, Yale moves on to face Duke in the second round.