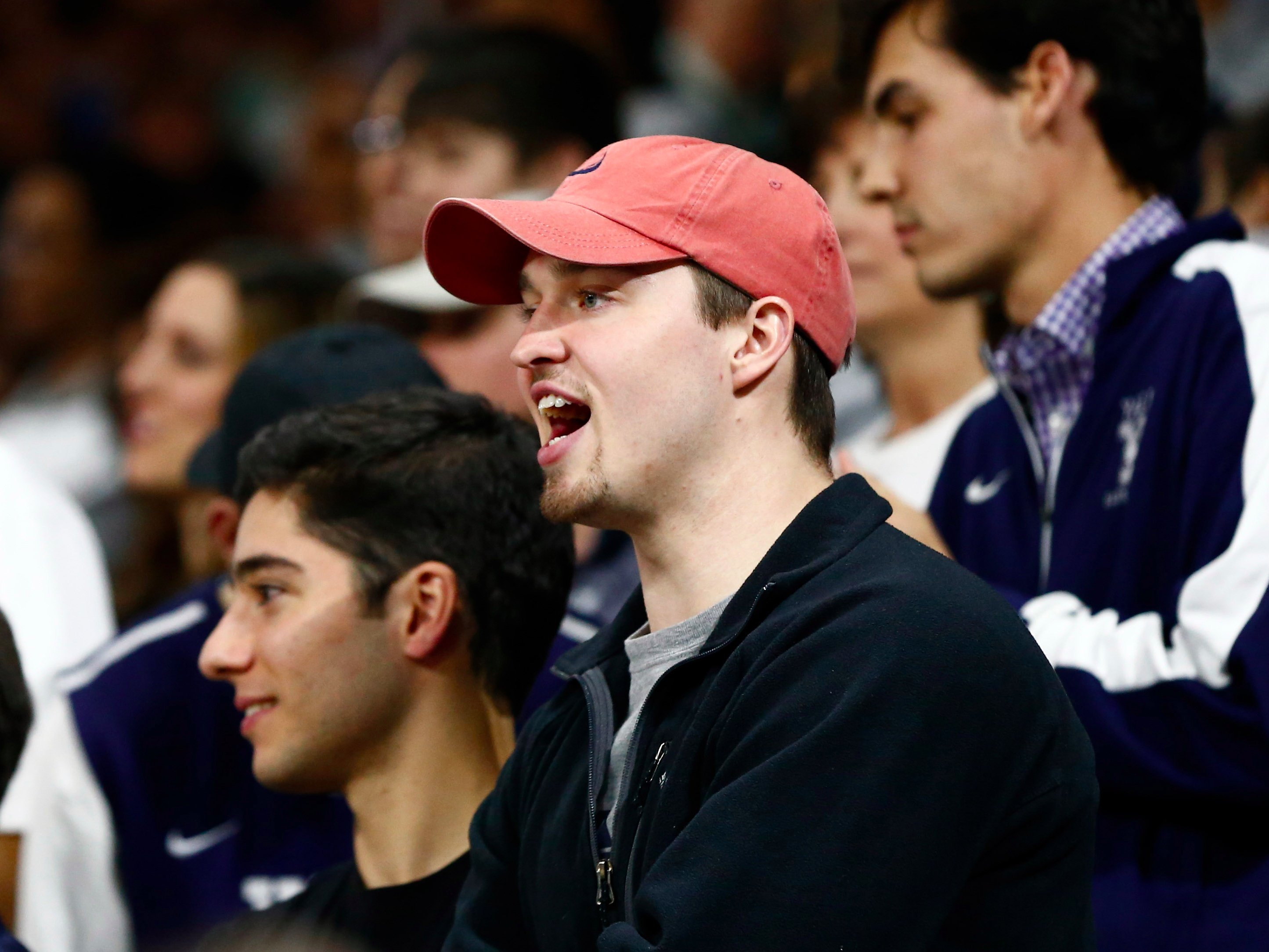 REUTERS/USA Today SportsExpelled Yale basketball player Jack Montague watches the game during the first half of a first round game of the 2016 NCAA Tournament at Dunkin Donuts Center.

Former Yale men’s basketball captain Jack Montague was a spectator at the school’s NCAA Tournament contest weeks after a sexual-assault investigation led to his expulsion.

A Business Insider reporter attended the university’s game Thursday against Baylor, a contest that the 12th-seeded Yale won, 79-75, in an upset over the fifth-seeded Bears.

But the victory for Yale caps off a difficult few weeks for the university.

On Monday, Montague’s lawyer announced his intention to sue the school.

“We strongly believe that the decision to expel Jack Montague was wrong, unfairly determined, arbitrary, and excessive by any rational measure,” Max Stern, Montague’s attorney, wrote in a statement obtained by Business Insider.

The Yale Daily News first reported on Montague’s statement, which followed weeks of questions surrounding Montague’s dismissal. Last week, sources confirmed to Business Insider that he was expelled in connection with a sexual-misconduct accusation.

But details remained scant about the allegations in question. Montague’s attorney’s statement Monday gave the clearest description of Montague’s version of the events that led up to his dismissal.

It stated that the Yale University-Wide Committee (UWC) — the office tasked with investigating sexual-assault claims — ruled that three of those instances were consensual, but on the fourth instance, she did not consent to sex. Montague and his lawyer disputed the ruling.

Montague’s lawyer further said that it “defies logic and common sense” that a woman would choose to rejoin Montague and spend the night with him if the sex was not consensual.

The statement suggested that the Yale UWC was incorrect in its determination, saying that “only two persons could have known what happened on that fourth night.”

It also strongly suggested that Yale caved to pressure from outside sources to be tougher on sexual assault on campus.

A spokesperson for Yale University declined to comment on Montague’s specific case, citing confidentiality and privacy for students involved in disciplinary processes, but said investigations are thorough and fair.

“The allegations are investigated by an impartial fact finder, heard by five trained members of the Yale community, and decided by the accused student’s dean,” Tom Conroy, the spokesperson, told Business Insider.