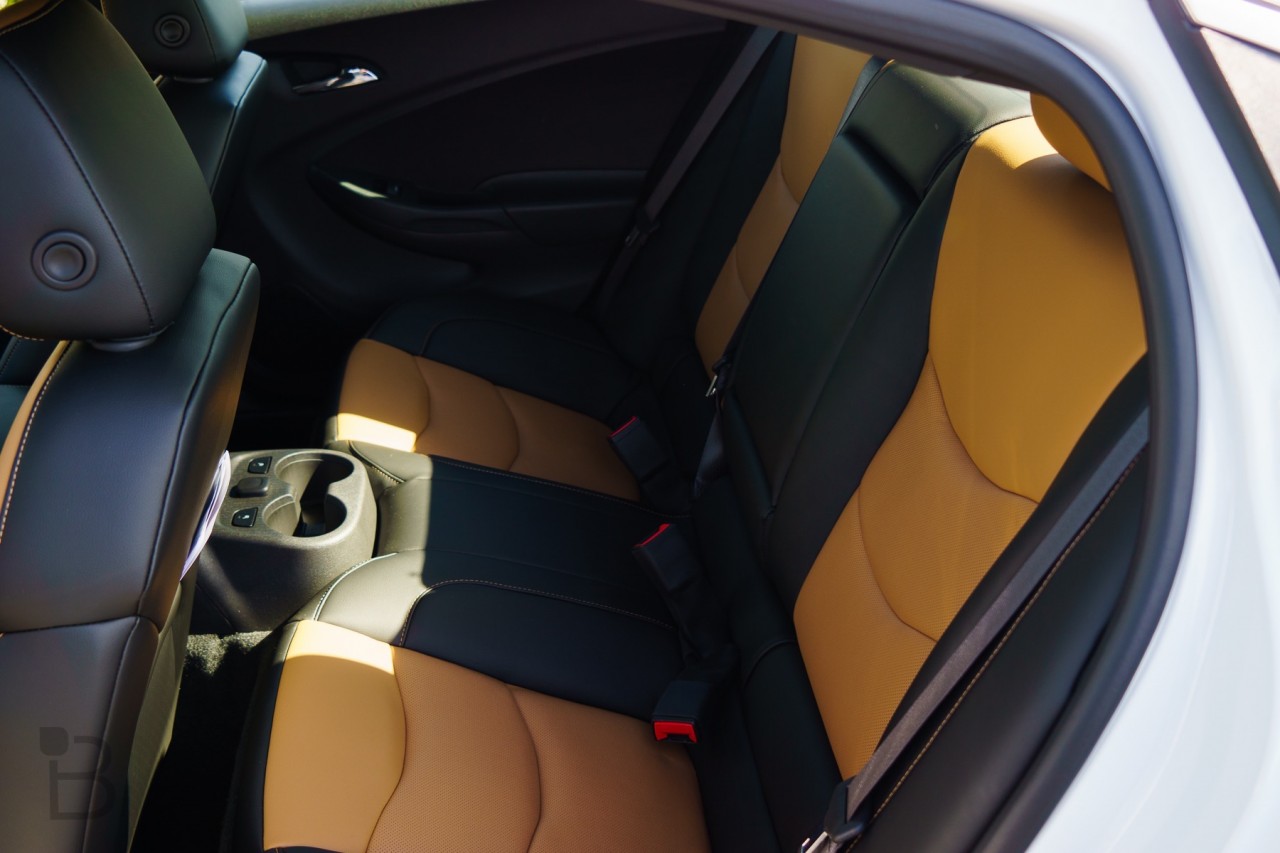 When the Chevy Volt was released, it straddled the line between functional and futuristic, offering pure electric combined with a gas range extending engine. In a world uneasy about going all-electric, the Volt offered a terrific compromise—a car perfect for daily commuting, but also great for longer road trips.

This year, the Volt has been updated for a better 53 miles of all-electric range, enough seating for five, and an even more efficient gas engine. Last year, the Volt offered just 38 miles of electric range, making the jump in this year’s model notable, especially for those who have short work commutes; that’s not to say the gas engine isn’t good in its own right, offering 42 miles per gallon.

And don’t think that just because the Volt is partly electric it’s not fun to drive. It’s very light on its feet and offers great handling, whether you’re driving up to a mountain town or navigating through busy city streets. It’s also very quiet—so quiet that it comes with a “pedestrian horn” in case someone walks in front of your car because they didn’t hear it coming.

If you didn’t find the first generation Volt’s design attractive you probably won’t be swayed by the 2016 model, although there have been some refinements. Not only is the body more sloped, but a fifth seat has been added. However, the seat straddles where the battery rests, so it’s not a very comfortable place to sit.

Ron has more thoughts about the 2016 Chevy Volt and how it is to drive. At about $35,000 (before federal tax credits), it’s in a decent price range if you plan to stick with the Volt for years to come. It has improved electric range and gets excellent miles per gallon. Of course, with the Chevy Bolt coming at the end of this year for about the same price and an all-electric range of about 200 miles, you might want to wait.

Check out the video above for a more in-depth review of the 2016 Chevy Volt.