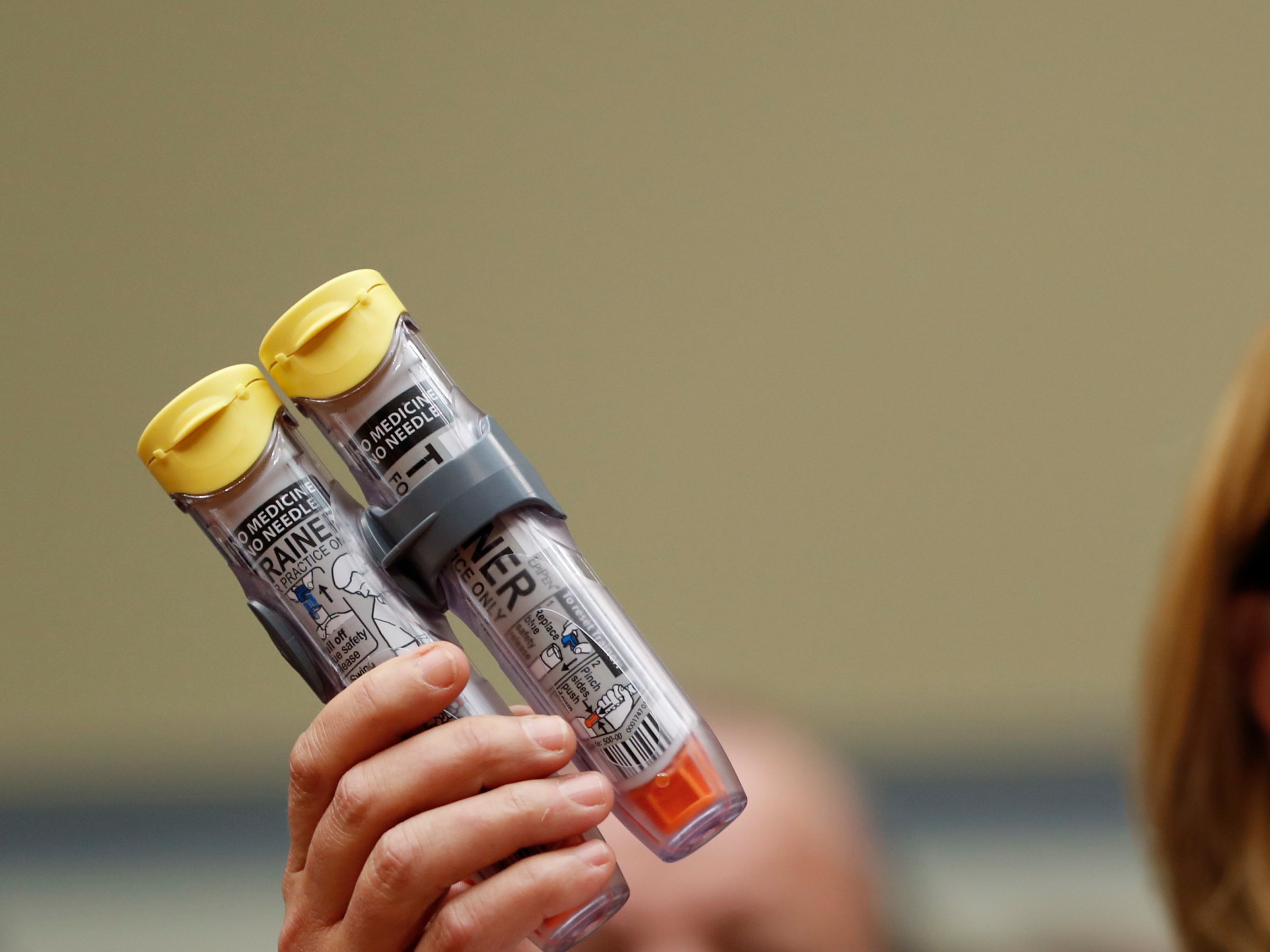 Christina Kollmeyer’s son has a allergy that requires him to carry an EpiPen, the emergency auto-injecting devices available that can be used to treat severe allergic reactions.

When Kollmeyer, who has a high-deductible health plan, picked up her son’s prescription in January, she paid $735.09 for two two-packs of the devices.

Now, Kollmeyer is one of three women taking the fight to the company that makes the EpiPen: Mylan.

Kollmeyer, along with Amber Rainey and Lisa Vogel, filed a class-action lawsuit on Monday in Tacoma, Washington that claims EpiPen-maker Mylan engaged in a scheme with pharmacy benefit managers, or PBMs — companies that act as intermediaries between pharmacies, insurers and drug companies — to dominate the market and overcharge consumers.

“As a result of Defendant’s scheme, Ms. Kollmeyer overpaid for EpiPens,” the complaint said. The women involved in the suit paid anywhere from $53.94 to $453.49 for two-packs of the EpiPen and EpiPen Jr.

This isn’t the first time a citizen has filed a lawsuit over the price of the EpiPen. In September, an Ohio woman filed a case against Mylan claiming the price increases violated Ohio’s consumer protection law.

Monday’s, however, is the first to focus on the role of PBMs and to bring claims under the Racketeer Influenced and Corrupt Organizations Act, a federal law historically used against organized crime.

Mylan was called out in August 2016 for raising the price of the EpiPento $608.61 from $93.88 over the past decade. It caught the nation’s attention because parents were refilling their kids’ prescriptions, and some found that they were on the hook for hundreds of dollars for the device. The company now sells a $300 generic version.

The plaintiffs in Monday’s lawsuit say Mylan paid large rebates to PBMs so they would favor EpiPen over competitors. In helping Mylan control 95 percent of the epinephrine auto-injector market, the rebates artificially inflated EpiPen’s sticker price, resulting in higher costs for many patients, the suit said.

Pharmacy benefit managers are the companies responsible for negotiating rebatesto the prices drugmakers set, and are meant to favor the most effective drug. This is meant to help keep prices low. Many question how effective they are at doing that, however and some have said they could be part of the reasonwhy prices are skyrocketing.

The plaintiffs are seeking damages to represent a nationwide class of EpiPen purchasers.

DON’T MISS:The makers of insulin are being accused of price-fixing in a class-action lawsuit