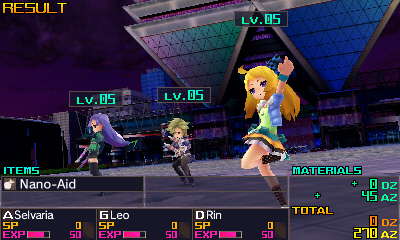 No longer are we looking for dragons. They have been found, and they speak English!

SEGA has finally chosen to localize an entry in its handheld JRPG series 7th Dragon, and the Western world is waiting to be introduced with 7th Dragon III Code: VFD this coming summer. The first English trailer lays out the basics of the story and the setting, and it seems like a pretty typical romp. Save a poisoned world from dragons and give humans the hope to live again.

I’m also impressed with the production value here. It’s a shame that developer Imageepoch went bankrupt, because between this and Stella Glow, it really proved it knew how to make JRPGs look great on the technologically limited handheld. It might have needed a bit of work on the gameplay of its games, but all of its titles look fantastic at least.

7th Dragon III Code: VFD will be released this summer for the Nintendo 3DS.