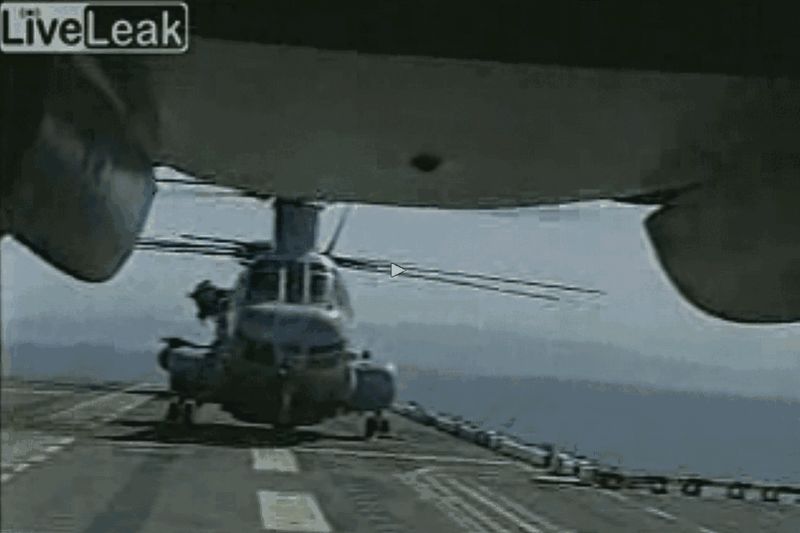 We often talk about how fast things can go from normal to catastrophic when it comes to flying, but hearing and seeing are two different things. This video, shot from inside the cabin of a CH-46 Phrog during departure from a Landing Helicopter Dock underlines this reality in spectacular fashion.

Here is the same video in slightly lower resolution from YouTube for our mobile users:

Although no official description of the event can be found, multiple commenters on various sites report that this incident occurred in the late 1990s aboard the then new USS Bonhomme Richard. The CH-46 involved supposedly belonged to HMM-164 “Knightriders.”

The aircraft was returning a load of media people back to land during exercises off the coast of California when one of the helicopter’s transmission lines sprung a leak, spraying transmission fluid into the air in a nearly aerosol form. The Phrog’s generator ignited the mist.

The story goes that the crew chief that ushered people out of the burning helicopter suffered from smoke inhalation and was given recognition for his bravery. Even though the helicopter’s rear section was heavily charred, it supposedly flew again after almost a year of restoration.

If you have any more info or corrections regarding this incident please feel free to share below.