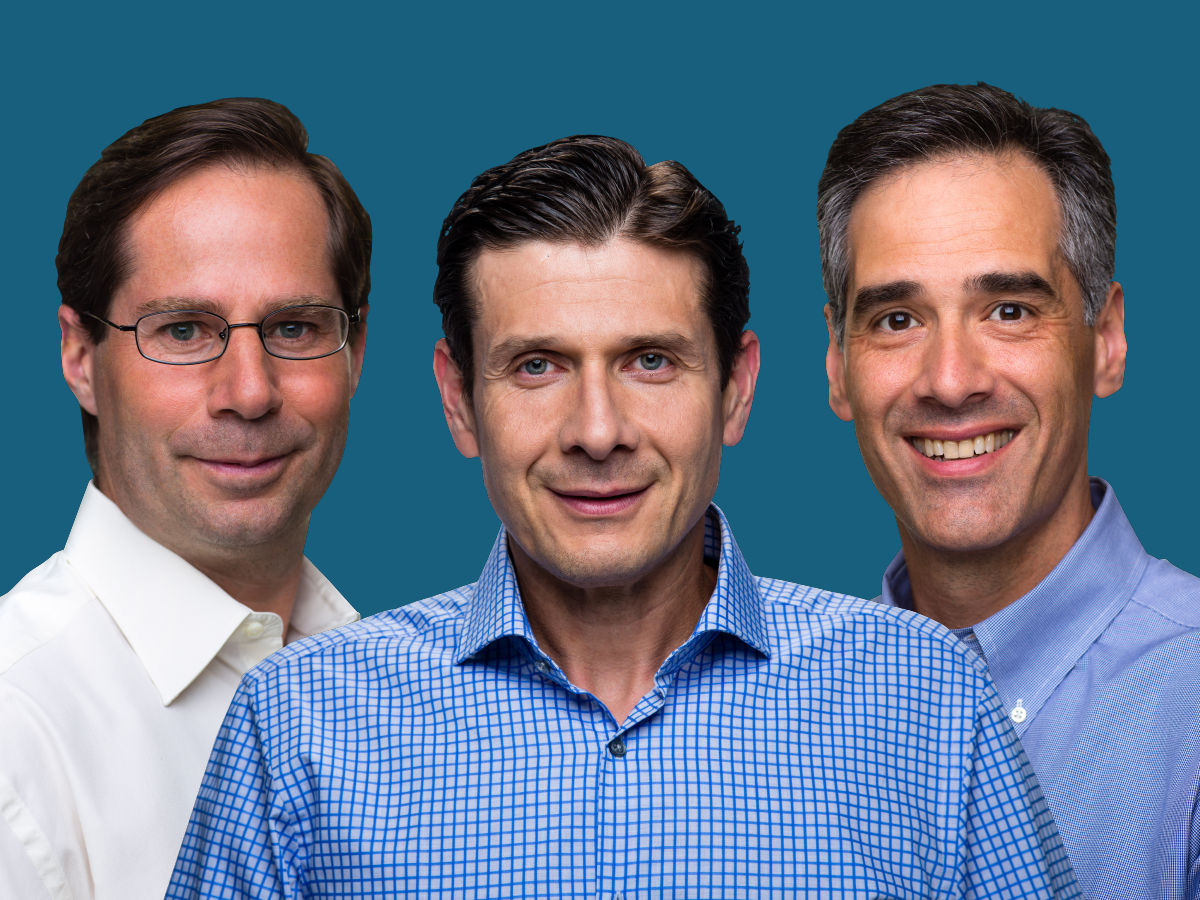 The San Diego-based company has attracted $300 million in funding and a heady valuation thanks to a pipeline of what could be revolutionary treatments to regenerate hair, skin, bones, and joints.

It offers the promise of reversing conditions related to aging by regrowing hair on balding heads, smoothing out wrinkles, and regenerating cartilage to worn-down joints in people with osteoarthritis.

If that seems to be too good to be true, the company is well aware.

“We get that reaction from anyone who actually listens to our story,” CEO Osman Kibar told Business Insider in January.

That skepticism has only grown with the company’s valuation, which is now one of the highest for a private biotech company. The firm’s list of backers — lacking as it does specialist healthcare investors — and secrecy over its science have also raised questions.

Then there’s Theranos, the onetime $9 billion startup that has fallen from grace and now casts a pall over the healthcare-startup space.

Cevdet Samikoglu, Samumed’s chief financial officer, understands all of that. In fact, he asked many of the same questions. Samikoglu met Kibar more than 30 years when they both attended Robert College, a high school in Istanbul. Kibar had worked in venture capital, launched a company that later sold to pharma giant Novartis, and eventually created an incubator where he came across the technology that would become the backbone for Samumed.

Samikoglu signed on as an investor in Samumed initially in 2007, at which point he asked the same question.

“I’d basically badger [Kibar] with that question time and again,” Samikoglu said. “When I came on board, the first few months I was kind of thinking about that, ‘I can’t believe we’re sitting on this, I can’t believe the potential of it.'”

Unlike Theranos, Samumed has been open about presenting its data, and before it gets to the market, the treatments will have to be approved by the FDA.

In the end, Samikoglu simply became too busy to think about it.

“We might be sitting on a molecule that already has the answer,” he said. “But taking that and making it into a drug is a decade-long struggle.”

Your body is equipped with something called progenitor stem cells. These cells are in charge of repairing and replenishing specific organs in the body. For example, a mesenchymal stem cell of the osteoblast lineage can go in and repair bone that’s damaged. That process has something to do with the WNT pathway, a set of proteins that tell these stem cells to spring into action.

“By dialing up or down various WNT genes or WNT processes, you can trigger any one of these progenitor stem cells down a certain lineage,” Kibar said.

As we get older, our WNT levels start to get out of balance, Kibar said. Take the example of mesenchymal stem cells. “If the WNT activity levels can no longer increase such that it’s not making enough bone, now you develop osteoporosis.”

What Samumed hopes to do is manipulate the pathway that makes these progenitor stem cells spring into action, so that they don’t cause these diseases.

For example, Samumed has a treatment for androgenetic alopecia, a common form of hair loss. The idea is that by using the treatment, people with alopecia will be able to regrow some of their lost hair follicles, which are the layer of cells and connective tissue that envelop the root of a hair and are critical for its growth. So far, the data looks promising.

In a second study, 49 men were split into the same three groups. They had the skin on top of their heads biopsied at the beginning, after 90 days, and at the end of the 135-day trial. That gave the researchers a peek into what was happening at the hair-follicle level. They found that those taking the two doses had greater hair-follicle growth than the placebo group, confirming what the other study saw on the surface, Samumed chief medical officer Yusuf Yazici told Business Insider.

In the second study, those on the .25% had slightly more follicle growth than the .15% group. To get an even better picture of how the treatments work long term, Samumed is setting up another phase-two trial that will include both doses to figure out which one is the best to use in a phase-three study that could set the treatment up for approval with the FDA.

Samumed will have to show that the treatment works better than placebo in regenerating hair. And even then there is still some skepticism about how long the effects will last.

“Can you generate a long-lasting tissue that can negotiate its way through to aging, fibrosis, damage, and stay put all these years?” Dr. Shahin Rafii, a professor of genetic medicine at Weill Cornell Medical College told Business Insider. Rafii is one of the scientific founders of Angiocrine Sciences, a company using endothelial cells to repair tendons and treat lung diseases.

While Samumed’s hair-loss program might have the most data to date, its osteoarthritis program is the closest to getting into a phase-three trial, Yazici said. That program is trying to regenerate cartilage in the knee to replace what’s lost in patients with osteoarthritis, a condition that affects 30 million Americans. If it’s successful, it could be the first treatment to regrow cartilage.

Samumed has seven drugs in human clinical trials up to phase two and plans to be in 10 disease areas by the end of 2017. Samumed is also applying its WNT-activating technology to treatments for colon cancer, degenerative-disc disease, and tendinopathy, as well as to cosmetics in order to wipe out wrinkles.

When Kibar first asked Samikoglu to sign on about seven years ago, and he decided to relocate from New York to California, his wife asked, “How long will this adventure last in San Diego?”

At the time, he told her that he expected it to be a few years before the company was able to get to an initial public offering. Now, it’s looking like the company might not go public until it can get an approved product and start generating revenue, Kibar said at the Forbes Healthcare Summit in December 2016.

“In an ideal world, I think every biotech company would want to remain private so they can focus only on the science, without thinking about what the market requires,” Samikoglu said. “We are that lucky company.”

In an ideal world, I think every biotech company would want to remain private so they can focus only on the science.

The $12 billion valuation Samumed has right now is based on the $300 million it has raised over the years. The valuation grew based on its lead compound, with the rest of the pipeline thrown in as a “freebie,” Kibar said.

Samumed has backers who aren’t traditional life-sciences investors, including high-net-worth individuals and sovereign funds. Finian Tan, whose firm Vickers Venture Partners is the only VC to fund Samumed, told Bloomberg that he expected his investment to pay off even more than his early investment in Chinese tech giant Baidu.

“I’ve always been radical,” he told Bloomberg. “For us, it’s all about home runs.”

The lack of well-known healthcare specialist investors has led to some skepticism, along with comparisons to blood-testing company Theranos, which raised $725 million and had a $9 billion valuation before The Wall Street Journal published an investigation that questioned the accuracy of Theranos’ blood test and led to its clinical labs getting shut down.

Samumed is also keeping the nitty-gritty of how it is able to apply its WNT technology close to its chest, and that has raised some eyebrows.

“We’re basically telling everyone, here’s proof that it works,” Kibar said. “How it works — you just need to wait a little longer, because we want to build as much a head start as we can.”

The key difference is that Samumed is being public about its data. It presents at medical conferences, where it gets peer-reviewed as part of the vetting process, Kibar said. And before it gets on the market, it will have to be approved by the FDA.

“Ultimately, we will live or die with the strength of our data,” Kibar said. “Because we are in the business of therapeutics, we don’t have the luxury of not sharing data with the regulatory agencies.”

The promise and pitfalls of treating diseases related to aging Samumed’s furthest-along treatments are in phase-two trials, which means there is still a ways to go before the treatments can be evaluated by the FDA. If one or more of the company’s treatments can be approved, it would be a big deal for regenerative medicine, not to mention the promise of antiaging treatments.

In the past few years, there’s been a fair amount of interest in companies like Samumed that are trying to treat diseases of aging.

Unity Biotechnology, which is working on treatments that act on senescent cells (cells that have permanently stopped dividing that have been linked to conditions as varied as heart conditions and eye problems) in October raised $116 million from investors including Amazon CEO Jeff Bezos.

In 2013, Google founded Calico, a biotechnology company devoted to learning how to extend the human lifespan.

And over the past few decades, researchers have made strides to understanding more about stem cells and regeneration. There have been a number of setbacks, and there’s no guarantee this new wave of companies won’t fail as well. Still, researchers are optimistic.

“If you hit any one of these, you’re going to be helping literally tens of millions of people,”

“If you hit any one of these, you’re going to be helping literally tens of millions of people,”

Astellas is working on treatments for blindness using stem cells. To make that or other treatments a reality, Lanza is pulling together leaders and scientists in the regenerative-medicine world to stack the deck in his favor. “We’re in a good position to make a difference,” he said.

Ned David, president of Unity, told Business Insider that he found Samumed’s approach thoughtful. Like Samumed’s work on the WNT pathway, treatments that remove senescent cells are still in the experimental stages.

“The tragedy for either one of those biologies would be that you picked an indication, eggs in one basket, bet everything on red. Then you flip the data card, you flip the wrong patients, chose the wrong molecule, or didn’t dose right, and the whole company dies and the science is set back a decade,” David said. “That’s a social tragedy.”

So that way, if you spread everything out, go after really different drugs, your odds go up, the thinking goes.