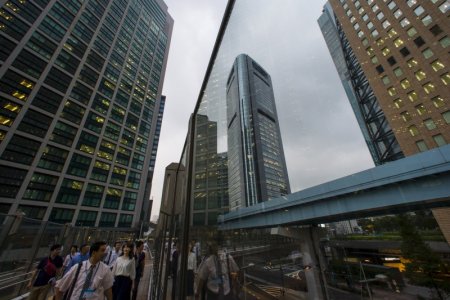 SINGAPORE (Reuters) – A surge in socially responsible investments to $59 trillion globally over the past decade is nudging Asian firms to change a notoriously insular management style to one that actively addresses corporate governance concerns.

That commitment can be measured in trillions of investment dollars – global investors who have signed the United Nations Principles for Responsible Investing (PRI) now own or manage $59 trillion, a surge from a mere $4 trillion in 2006, reflecting growing evidence that responsible investments translate to higher long-term returns.

Companies in Asia are beginning to take heed as boardroom indifference to issues like minority shareholder rights and the environment is giving way to stronger corporate governance that seeks to satisfy all stakeholders.

Asian firms now make up more than half of the Dow Jones Sustainability Emerging Markets Index , a benchmark for environmental, social and governance performance. Seven of the 13 additions to the index last year were from Asia.

“A company’s willingness and ability to address ESG issues relevant to its business can be a material driver of the company’s performance and valuation,” said Arthur Lau, head of Asia ex-Japan fixed income at PineBridge Investments, a signatory to the U.N. PRI.

Indeed, even as profit growth remains a focus for managers, an increasing number of Asian businesses and regulators are linking this growth to moves they are making to improve corporate responsibility such as tracking carbon footprints and creating indices of sustainable businesses.

Asian investors and managers who have signed the PRI climbed to 70 in 2015 from seven in 2006.

Malaysia and Japan introduced their own responsible investment indices in 2014.

In a sign that such investments are growing in importance to investors, Japan’s trillion-dollar Government Pension Investment Fund, the world’s biggest, now benchmarks its performance against the JPX-Nikkei index 400, instead of the traditional Nikkei 225 or the Topix.

The trend is being driven by research showing that responsible corporate behavior pays off.

This probably explains why places such as Thailand, where historically corporate responsibility has taken a back seat, have begun to embrace change.

“Investors are increasingly looking for values beyond the common capital gains and dividends,” said Bordin Unakul, executive vice president of the Stock Exchange of Thailand, the country with the most additions in Asia to the Dow Jones index last year.

Take the case of Thailand’s Advanced Info Service , which entered the Dow Jones sustainability index in 2015.

The company has created a whistleblower hotline to identify misconduct and fraud, and has begun tracking carbon emissions to reduce its environmental impact.

In Taiwan, Cathay Securities Investment Trust – a subsidiary of Cathay Financial Holdings , which was also a DJSI entrant in 2015 – has developed an ethical exclusion list and is publishing corporate social responsibility reports.

Still, given the longer timeframe for ESG measures to bear fruit, the pace of change remains slow. Less than 5 percent of the 1,454 signatories to the U.N. PRI are in Asia.

“There are a number of systemic issues in the region, as well as individual companies where governance frameworks aren’t as well developed,” said Andrew Gray, investment governance manager at pension fund AustralianSuper, which has $92 billion of assets under management and is a signatory to the U.N. PRI.

Gray said that applying ESG criteria is a resource-intensive process.

“It takes a lot of time and effort to do it (but) as investors in the region, it’s really important to us in the context of the long-term investment outcomes.”