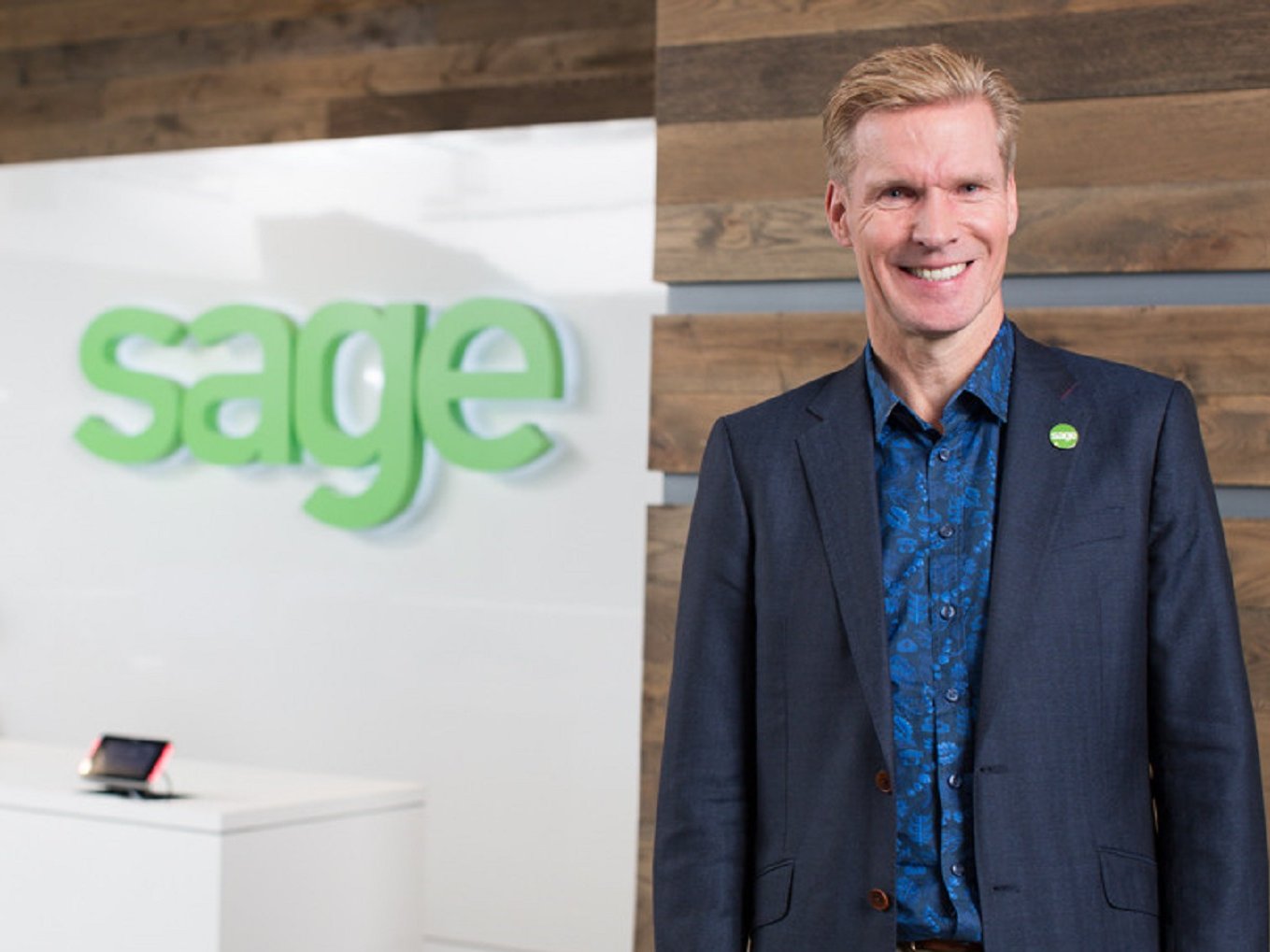 SageStephen Kelly is the CEO of the £6 billion UK company Sage.

The small Swiss town of Davos is about to be flooded with 2,500 people from over 100 countries for the World Economic Forum (WEF) Annual Meeting 2016.

The conference is used as a platform for world leaders, business and industry executives, and representatives from academia, civil society, media, and arts to help shape global agendas when it comes to global economics, security, public health, education, gender parity, and climate change.

Basically, it’s an opportunity for the power brokers of the world to set the agenda.

This year, the theme is “Mastering the Fourth Industrial Revolution,” which is looking at how technology is reshaping the world.

You might think Stephen Kelly, CEO of one of Britain’s largest financial technology companies Sage, would be looking forward to it then.

But Kelly told Business Insider just before the start of Davos 2016: “In reality, Davos is not representative of the real world and I am calling them out.”

Kelly is not attending the conference despite being the boss of the FTSE 100 company that has a market value of over £6 billion.

“Two-thirds of jobs created in developed economies are by small-to-medium enterprises (SME). SMEs are the powerhouse of the economy but at Davos they are under-represented and close to zero,” Kelly says. “Davos is an exclusive event where it costs around €38,000 to be a member of WEF. Then to attend the conference there are thousands of euros in more fees and of course the opportunity costs and time out of the office.

“On top of that, female representation at the conference is only 17%. So really, Davos is just full of old men from big business.” Many of the sessions at Davos this year centre around climate change and large-scale migration — two issues WEF recently highlighted as the most pressing in the world right now.

Sage’s Kelly says that while the WEF meeting “serves a purpose,” it is worth remembering that the major and immediate concerns for smaller businesses are very different to the agenda touted at Davos.

“SMEs are concerned over issues like red tape, bureaucracy, and business rates. One of the surveys we did recently of our customers shows that 57% want their governments to reduce business rates, and 56% want bureaucracy and legislation to be cut down,” said Kelly.

Kelly argues that these issues should be given more prominence.

“Davos serves a purpose but they need a wake up call and to make future meetings more representative of the power houses of the economy — the little guy. They also have to represent women better, as 20% of business owners are female and they’re still not being represented properly,” said Kelly.

“They could make the event more inclusive, do more around social media and webcasts, or even lower the entry price so people can attend. But I don’t think they are going to do that.”

Sage’s boss added that world leaders need to give “the little guy” a platform because they also are going to provide major jobs growth over the next year. A survey conducted by them says nearly a third plan on hiring more employees.

“The crux is, the real issues for SMEs are holding back economies and it is valuable to discuss them rather than just finding a way to get a headline.”