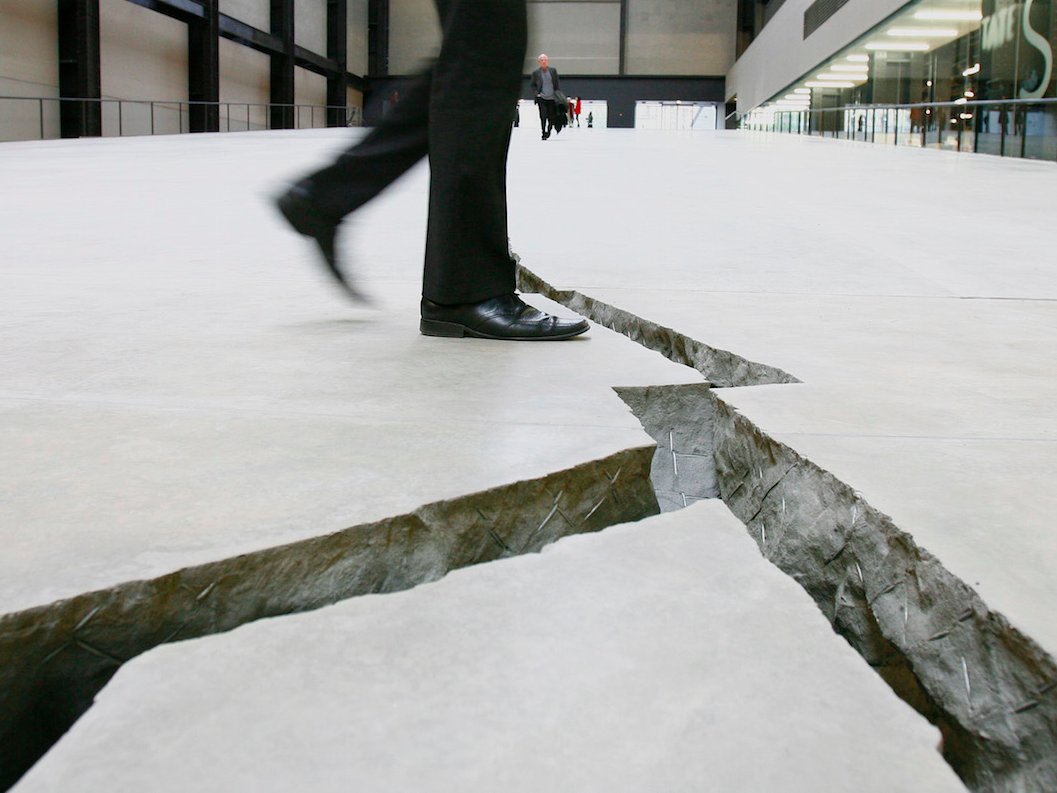 The bitcoin community is locked in a harsh debate over a “hard fork.”REUTERS/Luke MacGregor

There’s a civil war in the bitcoin community over the digital currency’s future.

Developers, miners, and other stakeholders are locked in a heated debate over how best to scale the network, with chances steadily rising of irreconcilable differences causing a so-called “hard fork” that would split Bitcoin in two.

Bitcoin is in crisis, and while there’s broad consensus that something needs to be done, there’s little agreement on what.

To put it simply: Bitcoin is too popular, and can’t handle the weight of transactions going through the network.

To put it less simply: Bitcoin transactions are processed in so-called “blocks” that involve complex cryptography to verify and set the transactions. But as the currency grows and more and more transactions take place, the one megabyte size limit on blocks that is built into the system is becoming an issue, causing delays in processing transactions. A purchase might take hours to confirm, making it unwieldy for real-world use.

“This has also caused companies to change the services they provide,” Charles Hayter, CEO of data provider CryptoCompare, said in an email. “Bitpay, for example, increased their invoice minimum by 2400%, while Coinbase has recently announced that users will now be required to pay on-chain fees.” The time it takes for a bitcoin transaction to go through has gradually been rising. The median currently stands at 13 minutes.Blockchain.info

Long-term, this is untenable if bitcoin wants to keep growing. The community recognises this — but it is split over how to respond.

What are the options?

There are two camps in the debate, pushing two different possible solutions: “Bitcoin Unlimited” (which we’ll henceforth refer to as BU), and Segregated Witness (SegWit).

They’re both proposed software updates to the bitcoin network that would change how it functions. They can’t both coexist: Their implementations would “fork” the bitcoin network, effectively splitting it into two competing digital currencies. This “hard fork” would split the chain in two, producing a new chain of transactions splitting from the original one.

But the difference between the two isn’t just an arcane technical debate. This is an ideological battle over Bitcoin’s future.

Let’s look at Bitcoin Unlimited first. To understand it, you have to understand the concept of bitcoin mining. This is where computers, owned by “miners”, do the complex work of crunching through transaction data and verifying transactions and are in return rewarded with newly issued bitcoin.

This is a key underpinning of bitcoin as it incentivises people to give up their computer power in order to make the decentralised bitcoin processing system work. In practice, the overwhelming majority of mining is done by professional miners running huge computing rigs built out of specialised hardware.

BU would allow miners and nodes to vote on increasing the block size as and when required. For this reason, it’s favoured by many miners — because it gives them effective control of the Bitcoin network.

It would keep transactions in the main blockchain and effectively give them control to set transaction fees. Miners argue this is important, as the programming of bitcoin limits the lifetime supply of bitcoin to just 21 million. Once they are all in circulation, miners will need some sort of incentive to process transactions — hence control of fees.

What about Segregated Witness?

On the other side of the fence is SegWit. This is the proposal favoured by many bitcoin developers and enthusiasts, and keeps the cryptocurrency more decentralised, rather than handing additional control to miners.

SegWit would double the transactions per second capacity of bitcoin by rejigging the makeup of transactions, stripping out some details such as signatures. It would also add some extra functionality, including possibly moving some transactions off-chain in a way that might not benefit the miners. This solution would keep control over the bitcoin network decentralised.

The decentralisation factor is more important than you might realise. Bitcoin isn’t just a financial instrument — its community can be deeply ideological, and since its creation in 2008 it has been framed as a digital currency that works independently of central banks and the established financial system, with no single centralised source of power or control.

One criticism of SegWit is that it appears to be only a temporary solution. It just doubles the network’s bandwidth, while BU allows miners to vote to increase the capacity when they need with no upper limit.

Why is everyone going nuts over this now?

This isn’t a new, sudden problem. The bitcoin community has been debating and wrangling over this for years, with little real consensus. But it’s back in the headlines after the US Securities and Exchange Commission rejected a recent attempt by early Facebook backers the Winklevoss twins to launch a Bitcoin exchange tracker fund (ETF). This application had dominated the news cycle in bitcoin world — and post-denial, the community is once again revisiting the fundamental challenge of transaction volumes. Earlier this month, nearly 20 exchanges also published contingency plans for a fork — publicly recognising the possibility.

Don’t expect to see this solved overnight, either. SegWit is prepared and ready to go but its developers are looking for 95% of the bitcoin community to agree to it before they pull the trigger — a very high bar. So far less than 30% of users have signalled support for SegWit, according to Blockchain.info.

BU is also nominally ready to go but has experienced technical issues. 70% of Bitcoin Unlimited nodes were knocked offline earlier in March as a result of an exploited software bug.

Nothing in the world of bitcoin is ever simple, so the outcome to this debate isn’t clear right now. It’s possible that bitcoin will fork and then both rival currencies will continue to coexist side-by-side, competing for users and legitimacy.

Another digital currency, Ethereum, hard-forked in 2016 over in response to a hack of the DAO (a decentralised organisation — it’s complicated), but some miners disagreed with this decision and chose to continue to follow the original Ethereum blockchain — creating two competing currencies.

Something similar may happen with bitcoin. In their contingency plan, the exchanges said they will list BU as an alternative cryptocurrency, so people are publicly preparing for that possibility.

Or, everyone may all come to a happy compromise! But at the moment, a fork is sounding more and more likely.

What does this mean for the value of bitcoin?

Bitcoin has been hitting record highs recently, and if the fork problem is resolved in a timely and satisfactory manner, then it could make the market even more bullish. The price of Bitcoin, from its creation to March 2017.CoinDesk

But if it’s not, and there’s “increasing belligerence,” then Hayter predicts that “you’ll continue to see the price lose momentum,” and some of the gains of the last few months could even be wiped out. The bitterness of the debate sparked a 20% collapse in bitcoin earlier this week. (You can see the live price of bitcoin here.)

The dispute also threatens to damage Bitcoin’s reputation in the eyes of observers. Throughout its history, the digital currency has been associated with political radicalism and a level of shadiness. It’s a Wild West — best exemplified by the collapse of the then-dominant exchange MtGox in 2013, with hundreds of millions of dollars worth of bitcoins vanishing with it.

A schism so huge it literally tears the digital currency in two will do little to repair Bitcoin’s reputation in the eyes of sceptics.