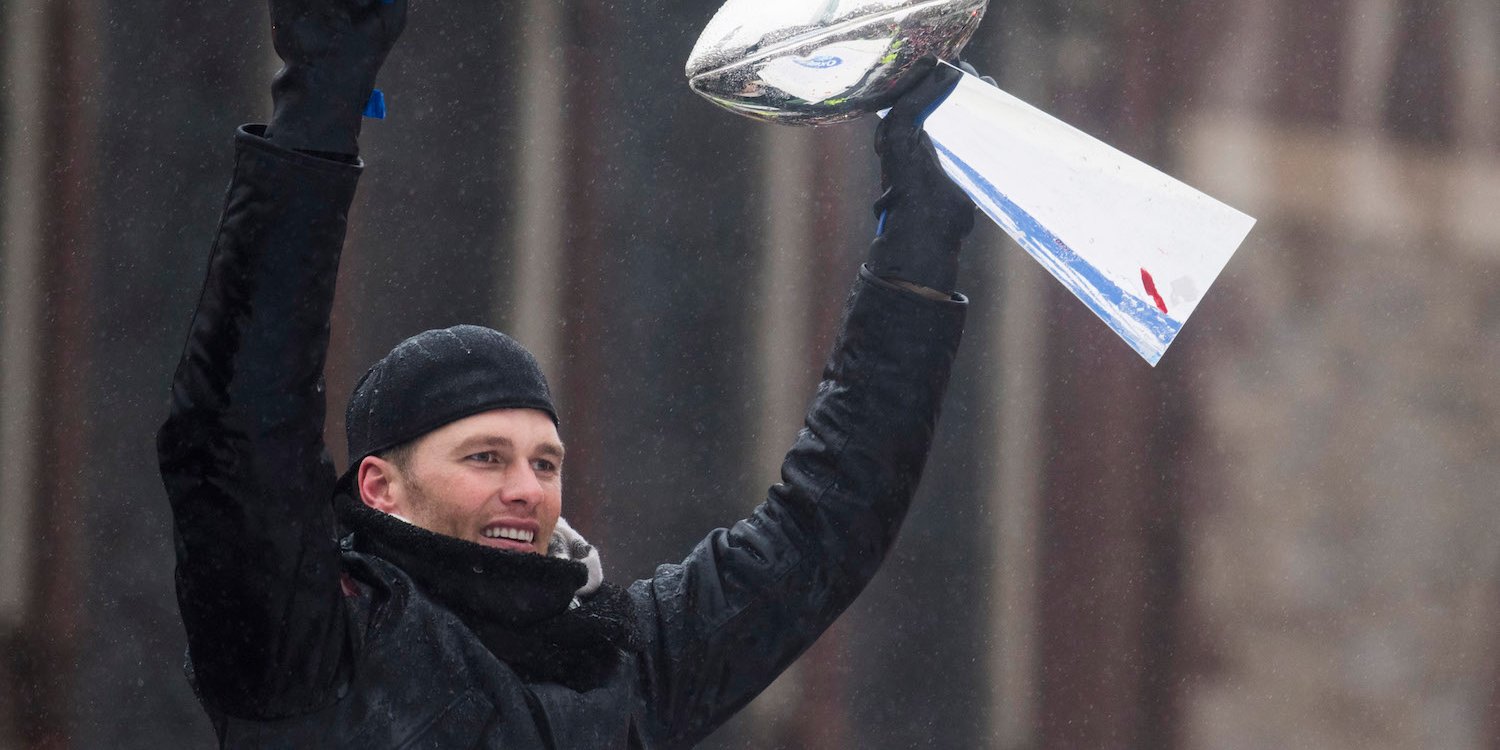 Boston Marathon runners may have gotten some extra motivation from the New England Patriots on Monday.

During the marathon, one fan, presumably also a Patriots fan, stood on the side of the road holding a sign showing the score of Super Bowl 51, when the Atlanta Falcons led the Patriots 28-3.

Of course, the Patriots then promptly went on a historic comeback, scoring 31 unanswered points to win the game 34-28.

The message — don’t give up! Nothing like providing some well-meaning support to runners while also trolling Atlanta.

this guy is at the #BostonMarathon right now motivating the runners. i love boston. pic.twitter.com/jOT6kmRJhK