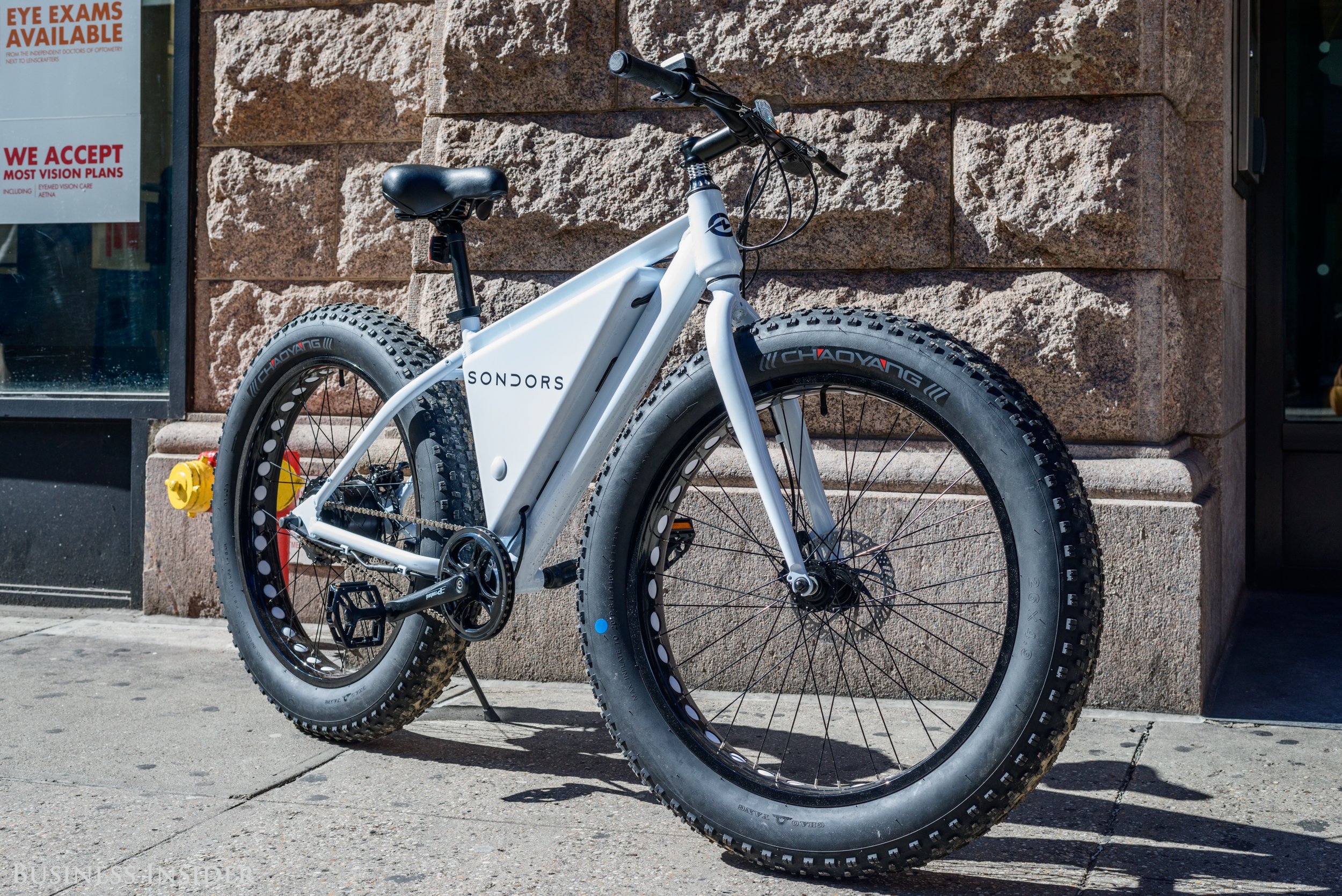 His name is Storm Sondors, and he’s made a fat-tire electric bicycle that sells for $499.

Sondors launched the bike in February 2015 after successful campaigns on crowdfunding sites Kickstarter and Indiegogo. He raised a combined $12 million, and still holds the record for the second-most-funded project on Indiegogo.

As for fat-tire bikes, they’ve become pretty popular, and they’re great off-road, especially in snow and sand — and look badass. With the Sondors, fat tires meet e-bike at a surprisingly low price.

Before we go any further, a note on the price: While the bike launched at $499, shipping will cost another $200. The price will also rise in future campaigns. But even then, the price of his bike seems out of place — if not impossible — in a market crowded with models that can cost 10 times what Sondors is charging.

By comparison, Specialized, a maker of popular road and mountain bikes, produces electric models that will set you back between $3,000 and $7,000. There’s Pedego, which has been producing pretty e-bikes since 2009. Their entry-level models will cost about three grand.