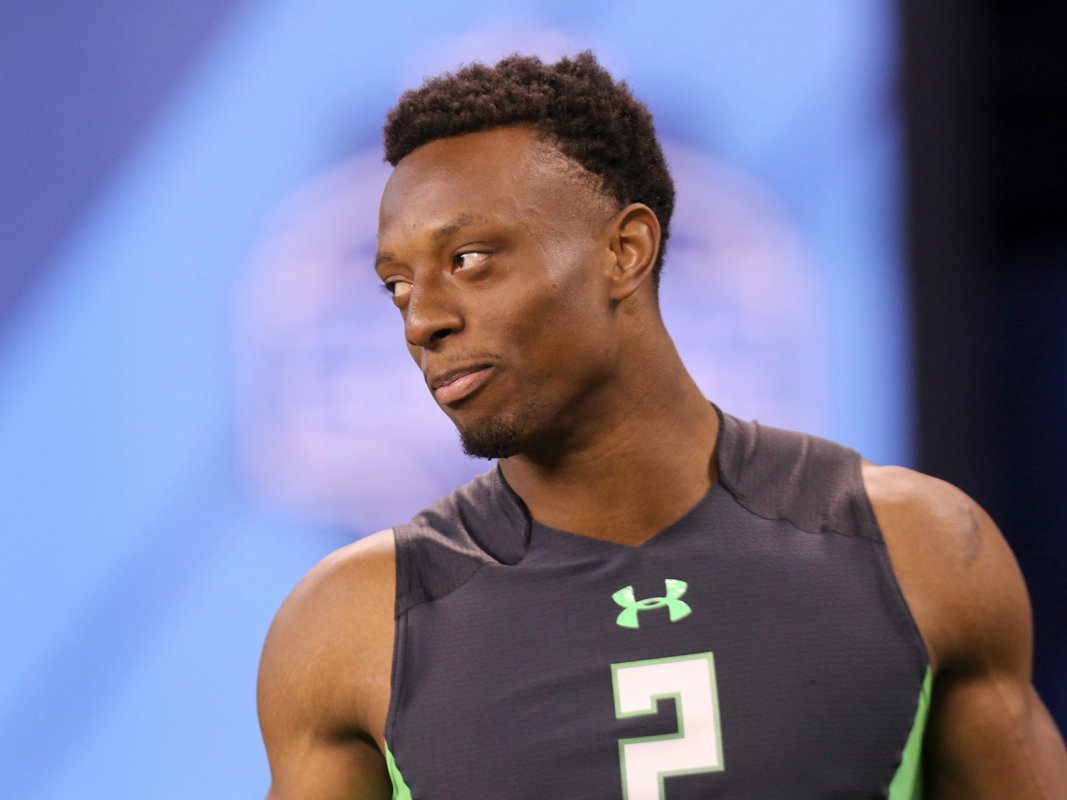 Gregory Payan/APEli Apple was taken back by the Falcons’ odd question.

Ohio State cornerback Eli Apple revealed on Comcast SportsNet one of the more odd questions he received during his combine interviews, and it may have been a bit off-color and insensitive.

Apple said the moment occurred while speaking with the Atlanta Falcons, though he was hesitant to open about some of their weirdest questions he received.

“I don’t know if I could say them on TV,” Apple began.

“The Falcons coach, one of the coaches was like, ‘Do you like men?’ And it was, like, the first thing he asked me. It was weird, and I was just like, you know, ‘No.’ He was like, ‘if you’re going to come to Atlanta, sometimes that’s how it is around here, you’re going to have to get used to it.'”

Apple seemed to handle it well, saying, “I guess he was joking but they just ask most of these questions to see how you’re going to react. If you’re paying attention, I guess.”

Nonetheless, it’s a question that shouldn’t be asked, and, of course, should not affect Apple’s candidacy as a potential draft target for the Falcons.

“I am really disappointed in the question that was asked by one of our coaches. I have spoken to the coach that interviewed Eli Apple and explained to him how inappropriate and unprofessional this was. I have reiterated this to the entire coaching staff and I want to apologize to Eli for this even coming up. This is not what the Atlanta Falcons are about and it is not how we are going to conduct ourselves.”

NOW WATCH: The cop who played basketball with kids while responding to a complaint helped build them a new court