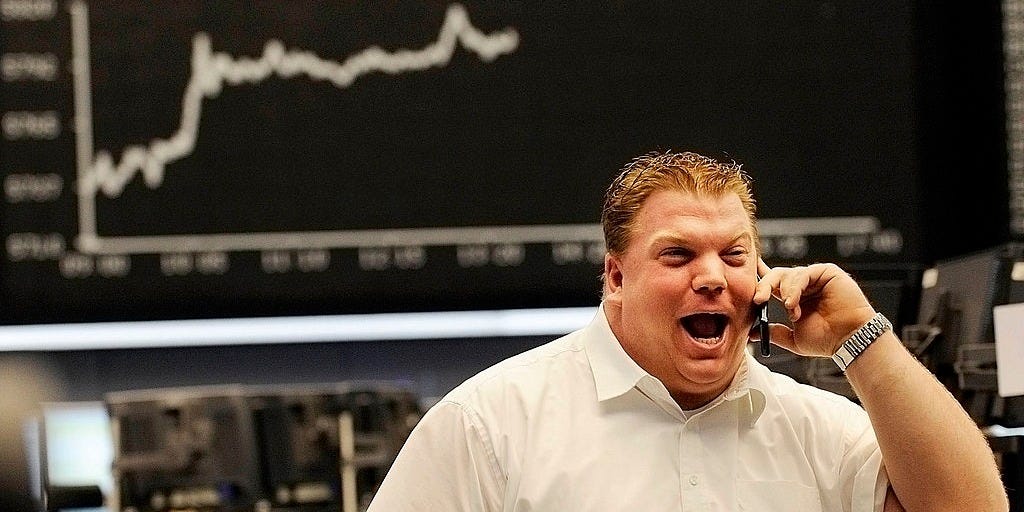 A Reddit user on the site’s “WallStreetBets” forum claimed they turned $35,000 into $1.25 million during the throes of the pandemic.

“I cracked the 7-figure mark, and then some,” the trader said in a post published on Wednesday.

Going by the username mori226, the anonymous trader claimed to have had an “insane wild ride” through 350 trades beginning from March onwards.

Markets Insider has not independently verified the Redditor’s claims about their market wins, but they posted numerous screenshots that appeared to show proof of their success, including a chart of their gains and a complete history of all the trades made in the period.

Read more:Wall Street is being shaken to its core by a legion of Gen Z day traders. From a casual hobbyist to a 20-year-old running a 14,000-person platform, meet the new generation of retail investors.

The trader held that their journey started with $35,000 in retirement savings that were saved up from a previous job, and he withdrew $50,000 sometime along the way.

They were more than happy to detail their self-proclaimed success story for other users on the subreddit forum.

Mori226 recommended holding 50% cash reserves as a minimum at all times and going into out-of-the-money (OTM) positions of about 10-15%. An OTM position is an option with a price that the underlying security is yet to reach, which is why it has no intrinsic value.

The biggest lesson they learnt was to “not beat yourself up” over bad trades and mistakes, letting the winners ride, and focusing on what’s left in the account to climb back up.

Another one of their practices includes never closing a position within the first hour of market opening, but closing it in the last hour instead.

Read more:GOLDMAN SACHS: Wall Street is bracing for a historically wild stock market as the presidential election nears. Here’s a surprising yet simple strategy for protecting your portfolio — regardless of outcome.

The trader warned against putting more than 25% in any single position and not to follow irrationality.

“Losses don’t kill options traders, calculating your alternate universe net worth on your woulda-coulda-shouldas do,” they wrote, and added that emotions are the key to discipline.

Nikola, an alternative-fuel company, is already worth $23 billion despite zero sales or revenue. It eventually wants to go after both Tesla and the freight market.

Read more: Buy these 15 stocks that are shielded from COVID-19 fallout and primed to beat the market even as virus cases spike, Evercore says