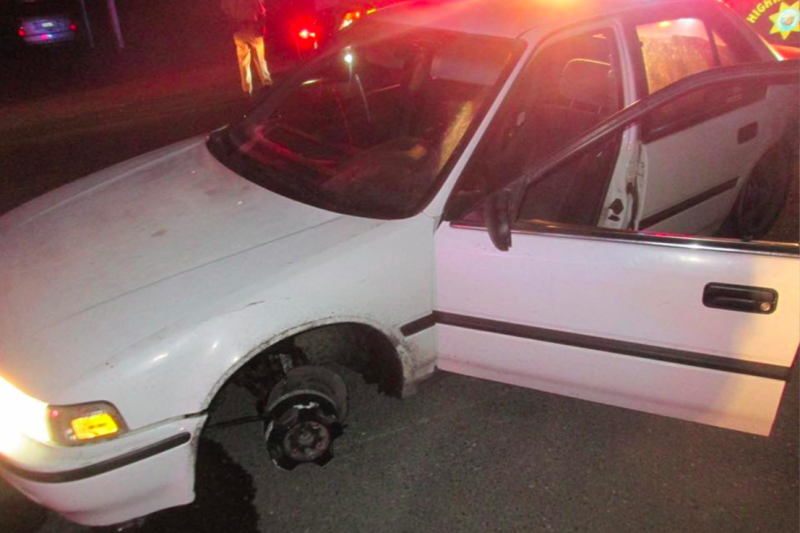 A man driving a stolen Honda Accord (the most stolen car in the U.S.) in California reached the pinnacle of human stupidity when he decided to ask a deputy for directions. The officer obliged, but also ran the car’s tags (because no shit). A police chase ensued (because again, no shit). And the man was arrested (yep, no shit).

According to the Tuolumne County Sherrif’s Facebook page, the genius in question was 28-year-old Ryan Ashlock, who thought he’d get from Tuolumne City to Sonora (a town just 15 minutes west) nice and easy in the stolen Honda by asking deputy Vince Lee for directions.

But it didn’t work out that way, because after Lee pointed the man on his way, the officer ran the fourth-gen Honda Accord’s registration through the DMV. What Lee learned was that the man who had just asked him for directions was driving a vehicle that had been reported stolen out of neighboring Stanislaus County.

Lee rang for backup before turning on his lights and siren to pull the suspect over. But Ashlock bolted, leading police on a chase through Sonora, and even ramming Lee’s patrol car, rendering it immobile.

It was a good thing Lee had called for backup, because the other officers—along with two California Highway Patrolmen and also deputies from Stanislaus County and Oakdale Police Officers who joined in later—remained in pursuit. Eventually, the stolen Accord ran over some spike strips and came to a halt.

Ashlock tried getting away on foot, but was “quickly captured” by the California Highway Patrol. The genius in the Honda was later booked into Tuolumne County jail for “vehicle evasion, possession of a stolen car, and assault with a deadly weapon against a law enforcement officer.”

Why The 1997 Honda Accord Is The Most Stolen Car In The U.S.

That’s really a pretty obvious ending to this story; you can’t just drive a stolen car that is also the most stolen car in America, ask a cop for directions, and expect to just go on your merry way. That kind of thinking may have just earned this man honorary Florida citizenship.

You Really Think A Cop’s Not Going To Run The Plates Of The Most Stolen Car In The U.S.? Really?

Why The 1997 Honda Accord Is The Most Stolen Car In The U.S.