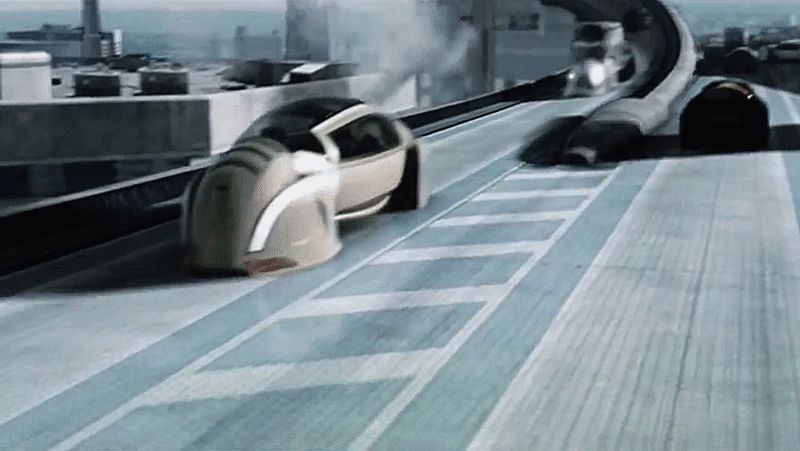 MIT’s researches have been fiddling with virtual models programmed to eliminate traffic lights at intersections with the introduction of fully-autonomous cars, and for the first time I can easily picture how terrifying flying through an intersection with no control just might be.

Up until now I have personally been very comfortable with the prospect of having an autonomous car chauffeur me to my destinations. I still feel comfortable with what is ultimately inevitable at this point. Yet this video preview of what the MIT SENSEable City Lab and the Swiss Federal Institute of Technology have been working, which depicts autonomous cars zipping through intersections without stopping for each other, paints a rather unsettling scenario in my head.

Using mathematical modeling, the researchers show how sensor-laden cars and traffic light-free intersections could reduce traffic congestion. In the scenario reviewed by the team, self-driving vehicles would travel autonomously on roads without traffic lights to control the flow of traffic. Instead of stop lights, cars would communicate wirelessly with other vehicles on the road, allowing them to travel at a safe distance without having to slow down for a traffic light.

This car-to-car communication would control the traffic flow so that cars can only enter an intersection when a slot is open for them to travel through safely. Cars would move slowly in small groups towards the intersection. As they reach the crossing, they then would slide through the intersection quickly. “You want the car to use the intersection for the shortest possible time,” says Paolo Santi, a member of the Italian National Research Council and researcher in the SENSEable City Lab.

One of the main attributes of an autonomous road network of the future is the increased productivity of traffic congestion, particularly in grid-like cities full of time-killing and traffic-clogging intersections. I am extremely confident in the technology of the car being more than capable of handling the navigation for me while I double fist two Quarter Pounders with Big Mac sauce.

But this MIT video has me unsettled. With all of the computing technology of a fully-autonomous car, the simulation in the video depicts the autonomous traffic of the future having the capability to time the cars in a free-flowing network, rather than the current system of timed or sensor-activated stop light intersections.

In these slot-based intersections (SIs) Cars will move slower, but more efficiently since they don’t have to stop. This “slower is faster” form of traffic management is a well-known principle that already is being used to move crowds of people through building entrances, passageways, and other narrow areas. In the model published by SENSEable City Lab, the traffic-based system is so efficient that it could support twice as many cars without any impact on the rate of travel, claims the researchers.

Speeding up my commute is nice and all, but imagining myself sitting in a car I am not controlling, seeing other vehicles zipping through the intersection ahead of me and my intelligent steel coffin showing no signs of stopping for what would traditionally be a red light is terrifying.

Of course I’m sure the car-to-car and car-to-infrastructure communication systems will prevent a collision, and I’m sure the vehicles and networks will be programmed with mandatory speeds and distances between intersecting vehicles, but it’s still an interestingly risky-feeling prospect.

I’m still excited to give it a try. What better way to wake yourself up on your morning commute than a little game of autonomous car chicken?