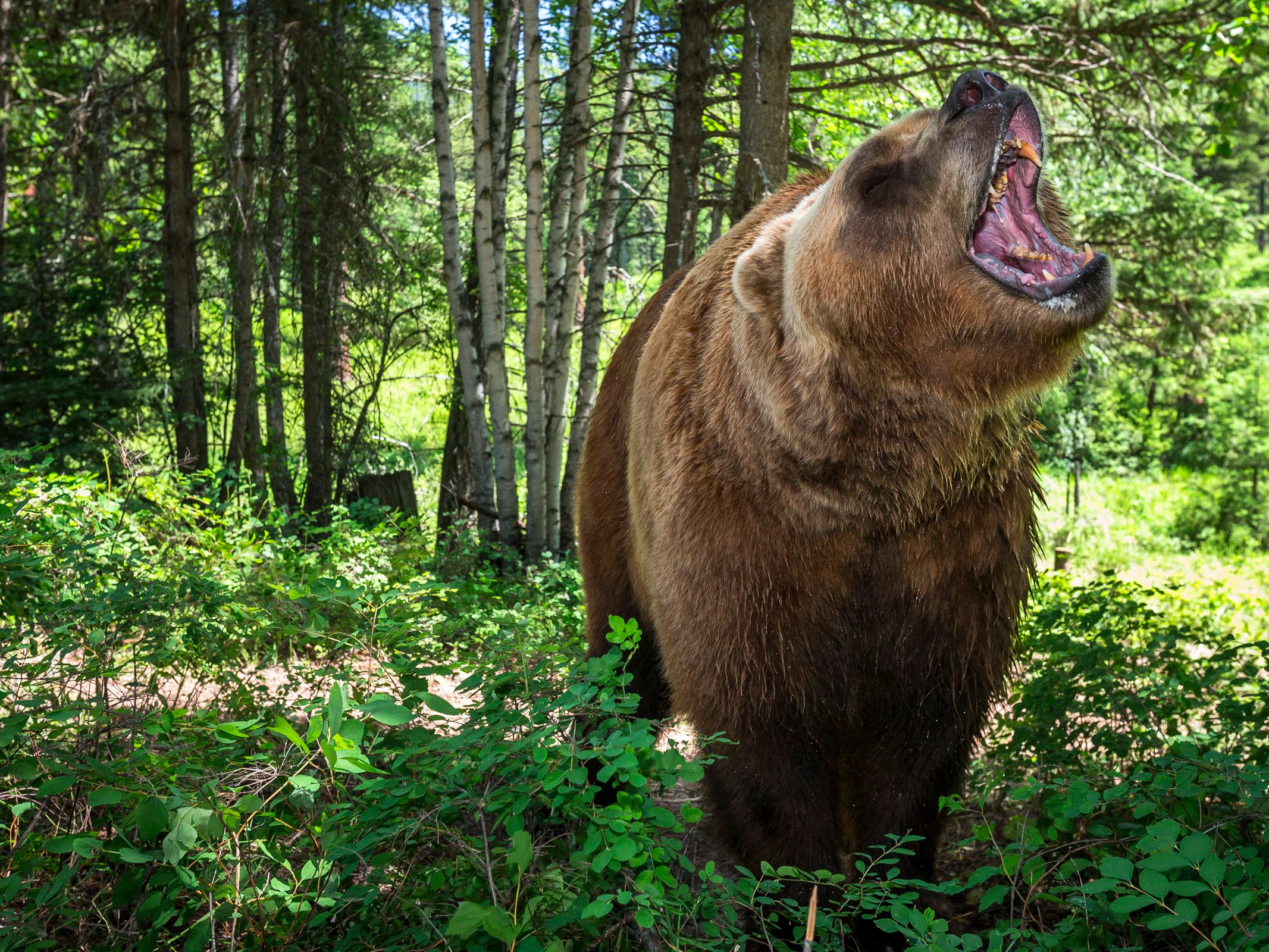 The best competitors in the world face a particular challenge when they’re trying to improve their performance: An athlete in peak physical condition may make a little progress with a new workout, but their biggest area for improvement is probably mental.

The mental side of athletic performance is the focus of Red Bull’s “Performing Under Pressure” camp, where Andy Walshe, the Director of High Performance for Red Bull, puts athletes through unorthodox challenges to help them achieve new goals.

Walshe’s theory is that those who want to perform well under pressure have to transform the way their bodies and brains respond to stress. He therefore believes that undergoing intense challenges — like a face-off with a bear or immersion in ice water — can better prepare people for stressful situations.

The clinic is designed specifically for Red Bull-sponsored athletes, who compete in disciplines from big wave surfing to Olympic fencing, though the company has also invited a few business leaders to participate. The techniques used are derived from sports, military work, psychology, and neuroscience.

“People often respond to these sorts of training sessions by saying, ‘it changed my life,’ and they go do their goal,” Walshe tells Business Insider.

‘We want to let you be unprepared’

When people arrive at the camp (settings so far have included Montana and California), they have no idea what they’re going to experience.

Sasha DiGiulian, a rock climber who has accomplished a number of first-ascent climbs and won world championships, attended the camp in 2016. “I envisioned stationary bikes and treadmills lined up to test pure fitness — linear, obvious activities that would be challenging but strictly physical,” DiGiulian writes in her column in Outside Magazine. “I was wrong.” Walshe says the camp is designed to put people through a series of challenges they won’t be prepared for. That way, the training is more about figuring out how to approach a difficult situation as opposed to succeeding or failing on a more standard physical challenge.

The camp’s staff use techniques like EEG, which measures the frequencies of a person’s brain waves, and track physical measures like heart rate and stress hormone levels to determine which situations stress participants out most, Walshe says. Then they use that data to see if an athlete gets better at responding to these situations throughout the clinic.The clinic boasts a broad range of activities — and largely, they sound pretty fun (if intimidating). Athletes might begin with an effort to see how long they can hold their breath underwater. Then, to ramp up the difficulty, they might try to solve some sort of puzzle while blindfolded and underwater.

Some activities get people to face particular fears. One task, shown along with other challenges in the Red Bull video at the end of this story, involves climbing through a box occupied by several snakes.

“We want to keep you on your toes; we want to let you be unprepared, says Walshe. “We push it to the edge to see where the chinks in the armor are.”

A biomechanics expert from Australia, Walshe has helped train US Olympic ski and snowboard teams and also designed Felix Baumgartner’s record-breaking skydive from the stratosphere. He started Red Bull’s High Performance program, which runs a variety of different training camps, in 2007. The first “Performing Under Pressure” clinic that focused on psychological training was held in 2015. For the several sessions Red Bull has held so far, about a dozen participants were invited to the week-long camp. Challenges at past sessions have also included acting out a bomb defusing process and running through agility drills with weapons. Other participants have learned breathing techniques to get through 10 minutes in an ice bath and been surprised by a charging (trained) grizzly — “Bart the bear” — while walking through the woods.

“Many people come up against whatever challenge they are facing and it’s very easy to see it as a threat,” Walshe says. “In the program you see so many [challenges] you stop seeing that. It’s not a threat, it’s a challenge, it allows you to demonstrate your capacity and your capability, it shows you a way to move forward.”

Surprisingly, one of the experiences that many participants describe as highly stressful is learning to do improv — acting out emotions onstage in front of a group. Showing emotion in front of peers while doing improv is a big challenge for participants.Cassy Athena / Red Bull Content Pool

Big wave surfer D.K. Walsh, who’s also featured in the video below, told Walshe that improv was one of the hardest things he’s ever done — an interesting insight from someone who regularly puts his life on the line. Olympic fencer Miles Chamley-Watson told ABC News that acting forced him to confront some difficult feelings that he believes cost him an Olympic medal.

Steve Graef, a sports psychologist at Ohio State University, says the theory behind Walshe’s program makes a lot of sense. The challenges Red Bull presents, he says, force people to confront what could be described as the two biggest primal fears: the fear of death (things like breath-holding and snakes) and the fear of isolation (doing improv onstage). Pushing a person out of their comfort zone and forcing them to confront those challenges is a learning experience they can carry forward into any aspect of their life.

“If you’re able to experience growth and challenge in an area that is unrelated to your day to day life, it’s very beneficial. You can bring that confidence and ability to handle pressure into whatever you do,” Graef says, adding, “It’s going to have a lasting imprint on your brain.” Rock climber Sasha DiGiulian certainly found that to be true.

“The spontaneity of camp reinforced the idea that all I could control was how I approached each day,” she wrote. “It’s interesting to apply to daily life this concept of being okay with not knowing the plan.”

Following that logic, Walshe and Red Bull have recently started invited members of the technology and business worlds — people like Will Weisman, an executive director at Singularity University — to do the training as well. Walshe says these people are interested in the idea of pushing human limits as a way to better manage professional stresses and challenges. Plus, he says, business leaders bring different backgrounds and experiences to group activities, which complements the experience of the athletes.

But you don’t have to attend one of the camps to incorporate some of its lessons into your own life.

“Picking [challenges] that are uncommon or out of your comfort zone is a great way to learn about yourself and to have some fun,” Walshe says.

The notion that it’s beneficial to learn how to cope with stress and build psychological resilience isn’t new, of course. Cultures going at least as far back as Sparta trained people by having them face a sequence of unexpected and difficult tasks (though usually with more focus on physical challenges). This is just a modern, more psychologically focused iteration of that kind of training.

“Better at who you are is better at what you do,” Walshe says.