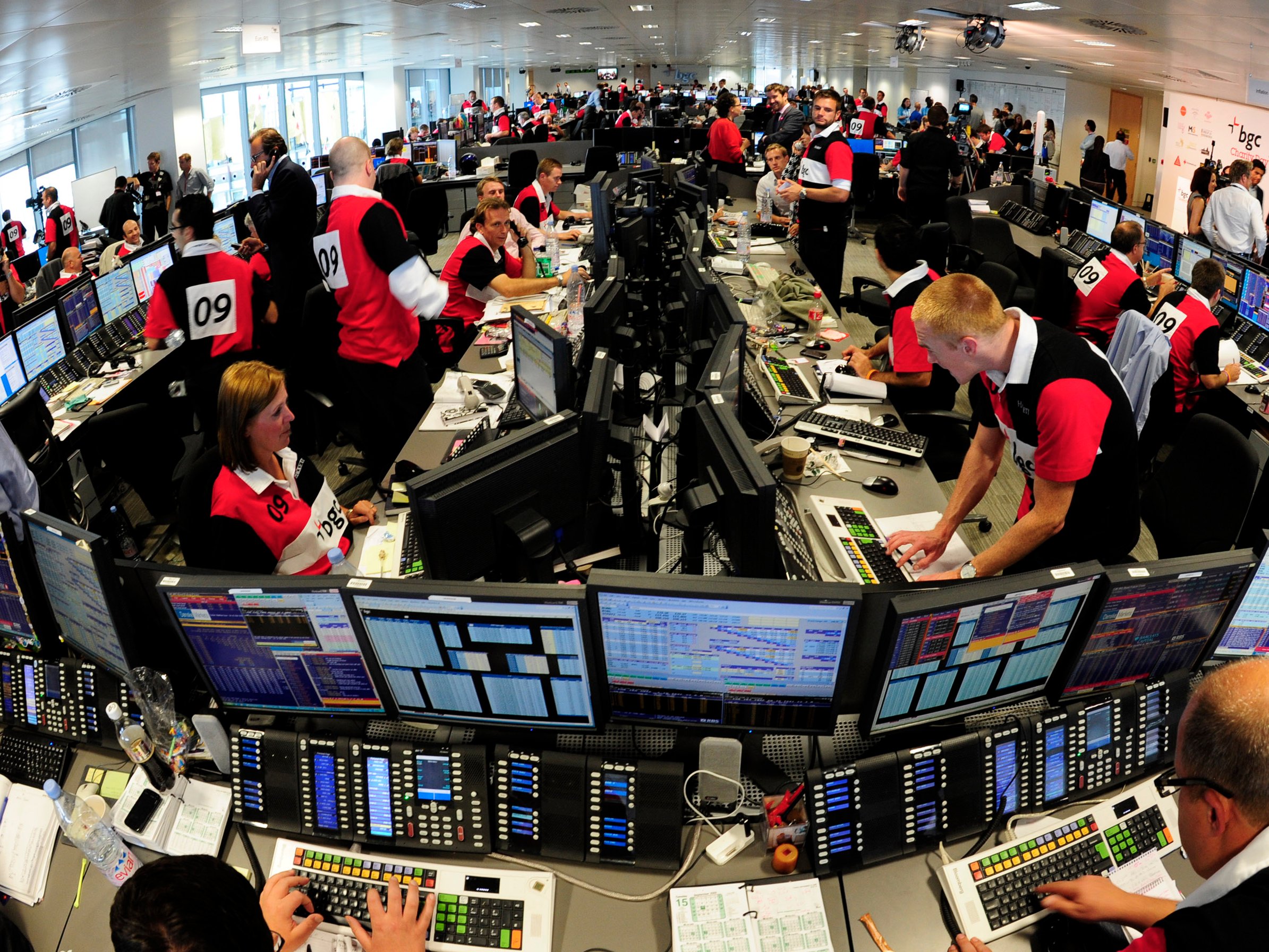 Dealers on the trading floor of BGC Partners in the Canary Wharf financial district in London.REUTERS/Toby Melville

Saragoussi resigned from Deutsche Bank earlier this week, and his start date at Light Sky Macro has yet to be determined.

Saragoussi started working at Deutsche Bank in 2002. He was most recently director of rates, volatility, and relative value at the German bank, according to a LinkedIn page.

Light Sky Macro launched earlier this year, and it was founded by Melkman, who previously worked at Brevan Howard Asset Management.