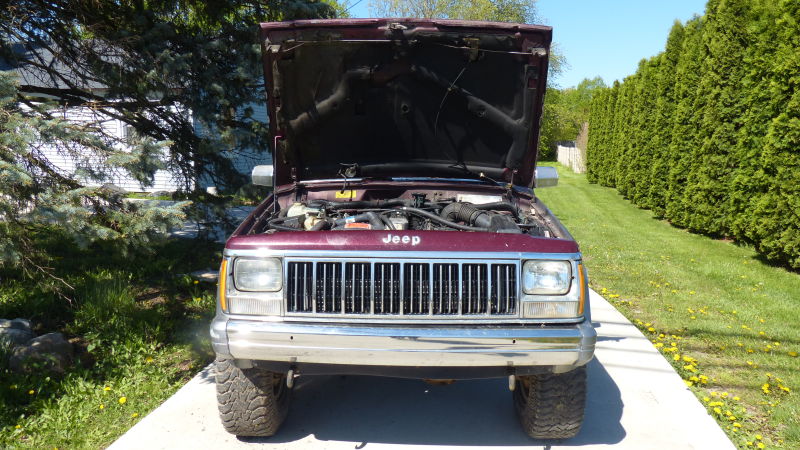 It’s Mother’s Day, the perfect time for me to recount the time my mom made me look like a total wrenching amateur.

It was 2012, and my parents had just moved from Kansas to Richmond, Virginia, a short drive from where I was attending college at the time. Naturally, I used their proximity as a way to gain access to a garage and tools to fix up my junky 1992 Jeep Cherokee.

The biggest issue I was having at the time was overheating at idle, a problem caused by a burned-out electric fan. The job was supposed to be simple: all I had to do was take out the old fan, and slide the new one in. The problem is, there was very little space between the curved front crossmember and the accessory drive, and there was also not much space between the mechanical fan shroud and the air box.

Taking the old one out wasn’t a problem, but getting the new one in without breaking the tabs sent me cursing to high heavens. I probably spent a half an hour trying to rotate and bend the fan just right to get everything aligned. Then my mom came out, saw my struggle, and asked if she could help.

My mom is a five-foot German lady who hadn’t wrenched on a car a day in her life (she spent much of her time raising us six boys). But at that point, I was both spent, and kind of intrigued, so I moved aside, and my mom took the helm.

After a careful look at the area she had to work with, my mom rotated the fan with a precision that made my attempts look downright clumsy by comparison, bent the plastic tabs carefully, turned the fan back in the upright direction, and plopped it right into the tabs. It took 30 seconds, max.

Later that day, my mom helped me swap the brake rotors on her SUV, and again, I was amazed by how quickly she understood the system, what needed to be done, and the best way to do it. She is German, so maybe understanding complex mechanical systems is in her blood.

Even though brake rotors and an aux fan are just small jobs, I learned that day that my mom has common sense and mechanical intuition that I clearly—based on my copious wrenching mishaps—failed to inherit.

So that’s my story; let’s hear yours. Tell us about a cool automotive experience you had with your mom.