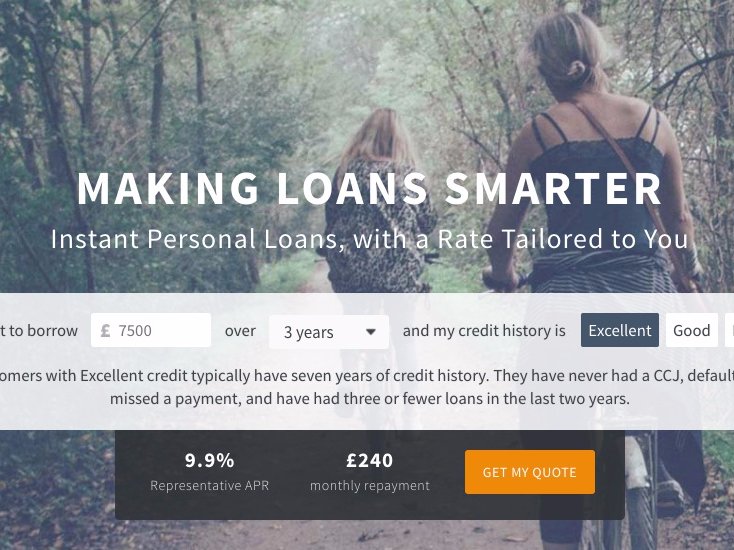 LONDON — New York-based Waterfall Asset Management has committed £100 million to be lent through UK peer-to-peer platform Lendable, amid growing interest from US investors in the UK marketplace lending sector.

Waterfall Asset Management has committed the large sum to invest in loans made over Lendable’s platform, which offers loans to prime and near-prime consumers in the UK at rates of between 6% and 40%.

The funding line represents a huge boost for Lendable, which was founded in 2014 and has only lent around £50 million to date making it one of the smaller peer-to-peer lenders in the UK.

Martin Kissinger, cofounder and CEO, told Business Insider: “We have been fairly under the radar because of our funding model. Our loans have been funded so far by qualified, sophisticated investors. People like family offices, high-net worths, so we’ve been a lot more targeted about our outreach to them. We have a smaller number of investors who individually have much larger portfolios with us.

“The news today is an institutional affirmation that we’ve been generating very strong performance and returns over the last few years. Obviously everyone’s heard about Funding Circle and Zopa. We’re now joining those leagues.”

“We believe that the Lendable team has built an advanced technology platform and has adopted a rigorous approach to consumer lending. We look forward to building a relationship with this ambitious team as it enters its next phase of growth.”

The capital deployed by Waterfall represents one of the biggest ever institutional investments in European peer-to-peer loans and comes amid growing interest from US investors. Kissinger told BI: “I think US investors like the UK as a place to invest. There’s a couple of big advantages the UK has in terms of the clarity of regulation, the quality of the data that you can do the underwriting on, and the general competitive situation. US investors are very much looking at doing deals here.”

Waterfall, founded in 2005 by two former Merrill Lynch bankers, specialises in investing in high-yield asset-backed securities or loans. It has $6.3 billion under management, according to its website.

Kissinger, who worked up at startup incubator Rocket Internet before setting up Lendable, wouldn’t disclose the average rate of return at Lendable but said it is “significantly higher than those that are available at other platforms.”

He said: “We are a technology firm, we’re very focused on efficiency and automation through machine learning and so that makes it possible for us to write small loans that are inefficient for banks to do because they have high fixed costs. We’re basically using technology in a segment that needs that efficiency.”

Lendable offers instant credit decisions for people who fill in its online form and have money in their accounts within an hour. The startup has partnered with price comparison sites and retailers such as online mattress vendor Simba to generate demand for its loans.

Lendable is based in Shoreditch, East London, and currently employs 20 people. The startup is backed by the partners of well-known London early stage investment fund Passion Capital. Kissinger wouldn’t disclose how much it has raised to date.

Waterfall’s £100 million funding commitment “allows us to grow as fast as we think makes sense,” Kissinger said, “whereas before it was a case of building track record even though we grew pretty fast — we grew by a factor of four in 2016.

“This basically helps us reach the next level of scale. Scale then makes it possible for a wider group of institutions to find us interesting. We will be putting in place additional partnerships like this over the course of this year.”