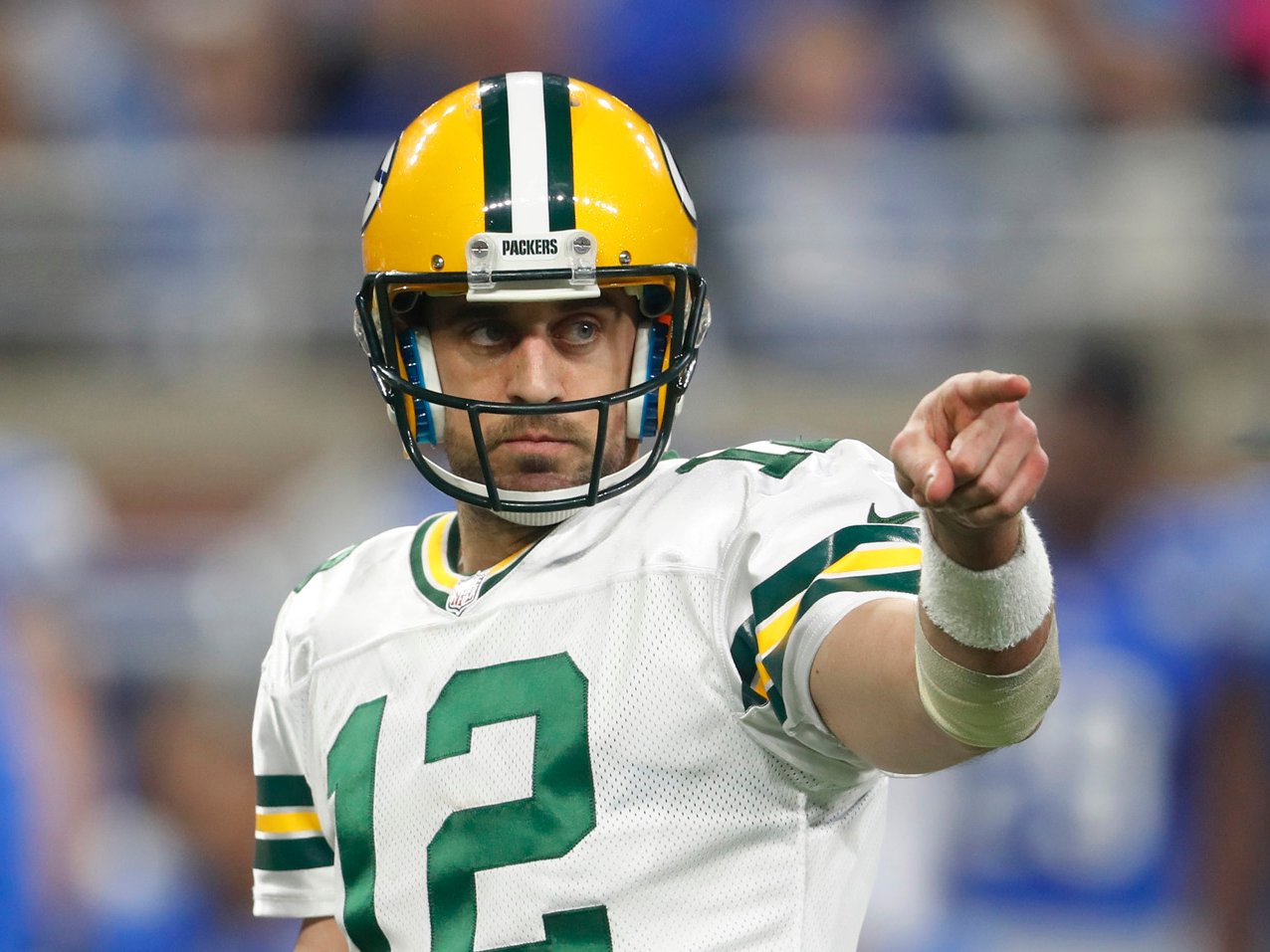 At 33 years old and entering his 13th season in the NFL, Aaron Rodgers has already started making changes to prolong his career.

According to ESPN’s Jason Wilde, Rodgers used to see himself as a player who might retire at 36 or 37. He didn’t think of himself as an NFL “lifer.”

While Rodgers never lost a desire to play the game, according to Wilde, his passion for football has recently been reinvigorated, and he now has “designs” to play into his 40s.

To do so, Rodgers is following the lead of one of his contemporaries — Tom Brady. Brady, of course, has structured his entire life to play football into his 40s, from his notoriously stingy diet, sleeping habits, and stretching-specific workouts. Rodgers has reportedly started following Brady’s model.

Though his diet may not be as strict as Brady’s, he recently told People that he speaks to Brady often and follows his model for “clean eating.”

“I can’t give up some of the nightshades, but I think Tom sets a good example, and we have been friends for a while and talk about a number of things. He has kind of set the standard for taking care of your body.”

As a result, Rodgers came into training camp below 220 lb for the second year in a row. He told Demovsky in April that he put a bigger emphasis on offseason workouts and stopped playing as much golf in the offseason.

Once again, Rodgers said it comes back to diet, recovery, and sleep.

“There’s always little tweaks, but the key for me is really that diet and trying to continue to be smart about what I’m eating and how it affects my performance even in the offseason,” Rogers said. “And then recovery is huge … sleep’s very important to my routine as well.”

There are other changes, too. Rodgers has always had a maniacal intensity and robotic memory, but he has apparently become more detail-ortiented. His favorite part of game preparation, according to Wilde, has become studying opponents’ schemes on film and altering the routes with his receivers. Packers coach Mike McCarthy also said that Rodgers has “taken it to another level” this year when it comes to coaching and instructing younger players.

Rodgers is even beginning to sound like Brady. He told Wilde:

“I think as you get older, and you see a lot of your friends move on, retire, get cut, get injured and stop playing, you have that point where you think about your own career and how long you can go. And for me, I got even more motivated to be an irreplaceable part of our team.

“In doing that, I also, I think, started to really have a greater awareness of my surroundings and enjoy the little things more — the preparation, the meetings, the practice. And when you’re loving those things, the game is really icing on the cake for you.”

Here’s what Brady told Peter King of The MMQB in February:

“Other than playing football, the other thing I love to do is prepare to play football. I’ve worked hard to get a system in place that really works for me and I know could work for everybody else if they just did it. That enables me to play 99 plays [in Super Bowl 51, the most of his career in one game] as a 39-year-old in the last game of the season … Football to me is more than just a sport. It has become my life. Every choice that I make … what I have for breakfast, how I work out, all of those things. I love the game. I love playing.”

From the sounds of it, Rodgers hasn’t gotten quite as stringent as Brady, but that may be down the line. Rodgers hasn’t shown signs of slowing down, but as he gets older, if he continues to have a desire to play longer, he may turn to Brady levels of dedication.

In the meantime, there’s a scary scenario to imagine for the rest of the NFL — two of the NFL’s best quarterbacks getting more focused, and perhaps better, as they age.

NOW WATCH: Qatar is spending $200 billion on the World Cup — here’s a first look at its newest stadium