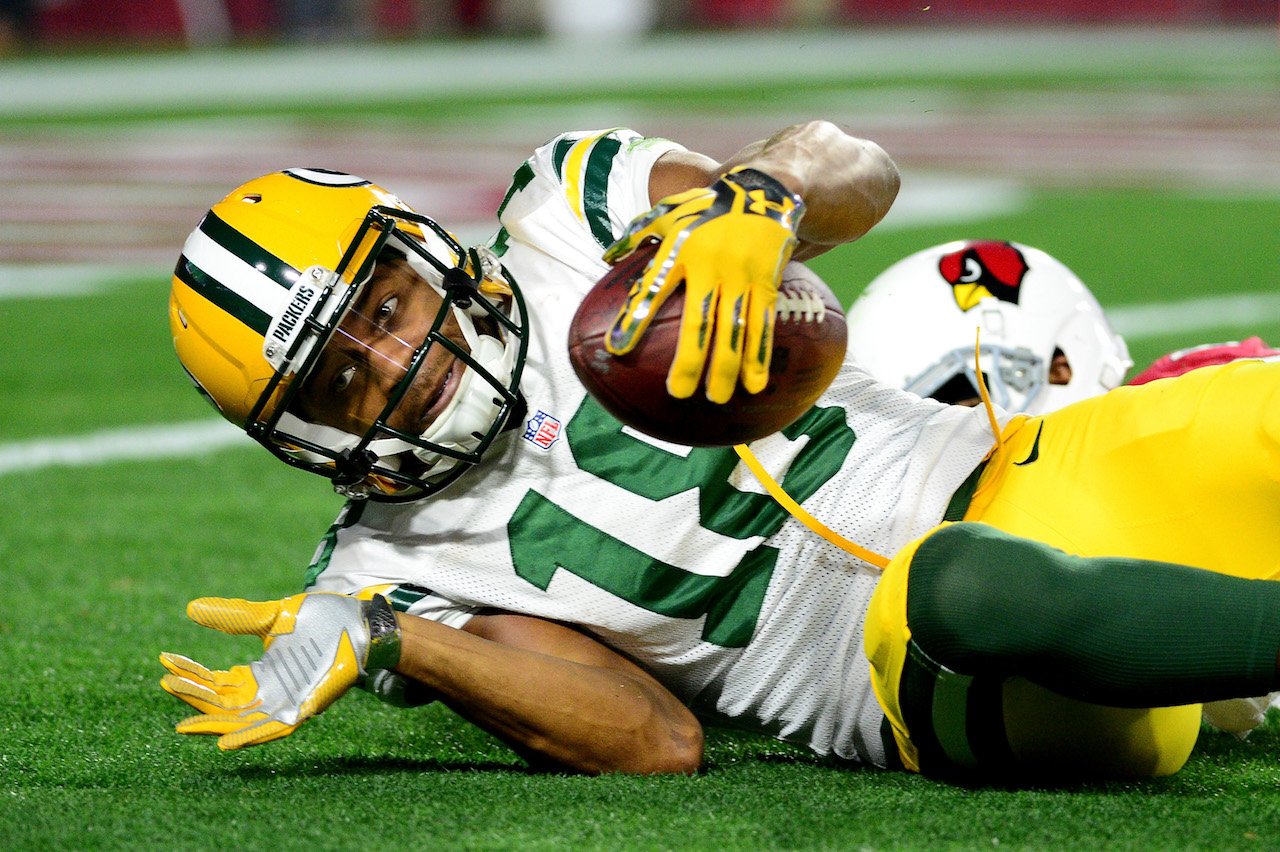 On Thursday, Aaron Rodgers made an appearance on teammate A.J. Hawk’s podcast, The Hawkcast, where he blamed a microphone for Cobb’s scary injury as he was “mic’d up” for the game.

Randall Cobb had a serious injury last year in a playoff game and I believe, as I think he would as well and the team, that that was caused from him being mic’d up,” Rodgers said. “Because he fell on his mic pack and he had an injury to his insides that kept him out of the game and probably would have kept him out of the rest of the playoffs. The puncture spot, or the injury spot, was directly adjacent to his mic pack.

Cobb’s injury came on a spectacular one-handed catch, when he landed hard on his back. On the sidelines, he started coughing up blood and was quickly carted off the field.

Rodgers, who has in the past spoken out against technology on the football field, said that he worries the microphones distract from the game and damage its authenticity.

Yeah, I think it’s too much information,” Rodgers said. “In 2008 there used to be no headset on defense, so the defense had to signal in every play and that was part of the whole Spygate issue and filming signals and what not. But now you have mics on both guards most of the time and you pick up everything that the quarterback says when we’re at home, and sometimes on the road as well, and I think that’s a competitive edge for the defense and it makes you have to work that much harder with your dummy words and your live and dead words. I mean, that’s part of the game there, but I think that the access is a little bit much.

I think being mic’d up, when I’m mic’d up, it takes away from the authenticity of the game for me. I don’t feel comfortable mic’d up.

There’s no denying that hearing NFL players mic’d up on the sidelines and during games makes for great TV. But if players are getting seriously injured because of the microphones, then it’s time to get rid of them.