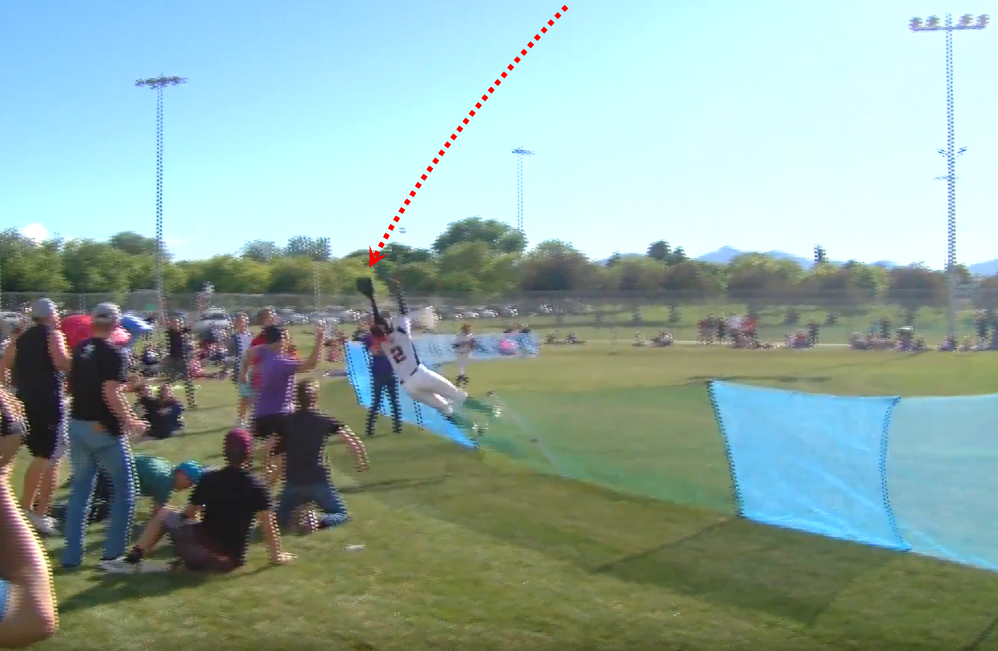 Freshman Keisha White of West High School in Salt Lake City made what may go down as the catch of the year at any level in any sport.

The catch came in the fifth inning of West’s state tournament game against Taylorsville. White jumped to make the grab, caught the ball as she was falling over the break-away fence, and landed several feet past the fence and among the spectators.

Since White was still technically on the field-side of the fence when she caught the ball, it was ruled a good catch.

Here is the full video via KSL Sports.

Unfortunately for West their tournament run ended later in the day in the championship game when they gave up a walk-off home run that White couldn’t catch.