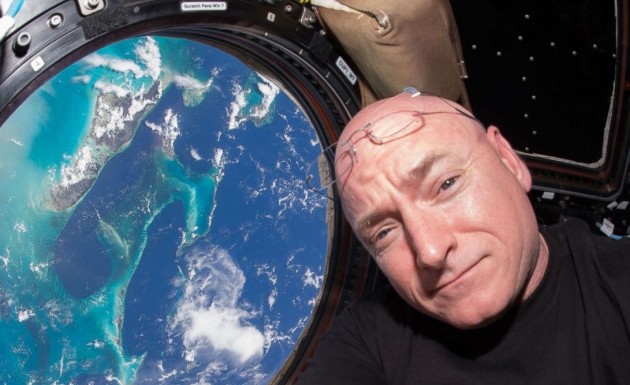 On March 1, 2016, NASA astronaut Scott Kelly will return to Earth after spending 340 days in space, which is about twice as long as a typical U.S. mission. It’s a rare accomplishment, and it makes Kelly the first American to endure such a feat. So why is it such a big deal? Science, of course.

NASA says the One-Year Mission focused on seven categories of research, including medical, psychological and biomedical challenges during long-duration spaceflight, which will ultimately help scientists better prepare for a mission to Mars (and beyond), a goal NASA has been working toward over the past several years.

Kelly isn’t the first person to spend a year in space—that award goes to Valery Polyakov, who spent a whopping 438 days aboard the Russian Mir Space Station between January 1994 and March 1995; Kelly’s not even the second or third, as two other Russian cosmonauts spent a year or more in orbit aboard the same space station in the 90s. Kelly’s mission, however, will be the first to employ extensive research techniques designed to study how the human body changes during long-duration missions.

Kelly’s mission actually began well ahead of his arrival at the ISS. NASA says one year before he and Russian cosmonaut Mikhail Kornienko, who also spent 340 days in space with Kelly, were to arrive at the ISS, the two astronauts participated in a number of tests, giving samples of their blood, urine, saliva and more, providing scientists with an extensive data set. Once they got to the space station, and over the last twelve months, they continued to provide samples, and will continue to do so for an entire year after they return, too. The goal is to see what’s changed, and how they adapt to being back on Earth, where gravity is much different.

What’s unique about Kelly’s situation is that scientists will be able to compare his results to his twin brother Mark, who is a former astronaut himself. Mark will act as the human control on the ground, where scientists will focus on how long-duration spaceflight affects things such as physiology, behavioral health and more. And even though Kelly has stuck to a strict exercise regimen while aboard the ISS, spending time in microgravity can have an adverse affect on muscle and bones, so scientists will be able to compare how the two brothers match up physically as well.

Earlier this week, in an interview from orbit, Kelly joked that because humans grow when they’re up in space for a long time, he’ll finally be taller than his brother. “Unfortunately it doesn’t last,” he said.

Kelly’s time in space wasn’t just to test human endurance. The astronaut also participated in nearly 400 science studies that included computer tests, journaling, caring for crops, ocular scans, measuring radiation and more. In addition, Kelly was also active on social media and took some of the most beautiful pictures I’ve ever seen, which can be found on his Instagram. When he steps down as the ISS’s commander next week, he could always fall back on a career as a professional photographer.

The completion of the one-year mission and its studies will help guide the next steps in planning for long-duration deep space missions that will be necessary as humans move farther into the solar system,” said Rachel Hobson of the International Space Station Program Science Office. “Kelly and Kornienko’s mission will inform future decisions and planning for other long-duration missions, whether they are aboard the space station, a deep space habitat in lunar orbit, or a mission to Mars.”

When the duo flies back to Earth on March 1, you’ll be able to watch the event unfold live on NASA TV. In the meantime, check out some of Kelly’s best images (above), which were taken from the ISS about 200 miles above Earth.