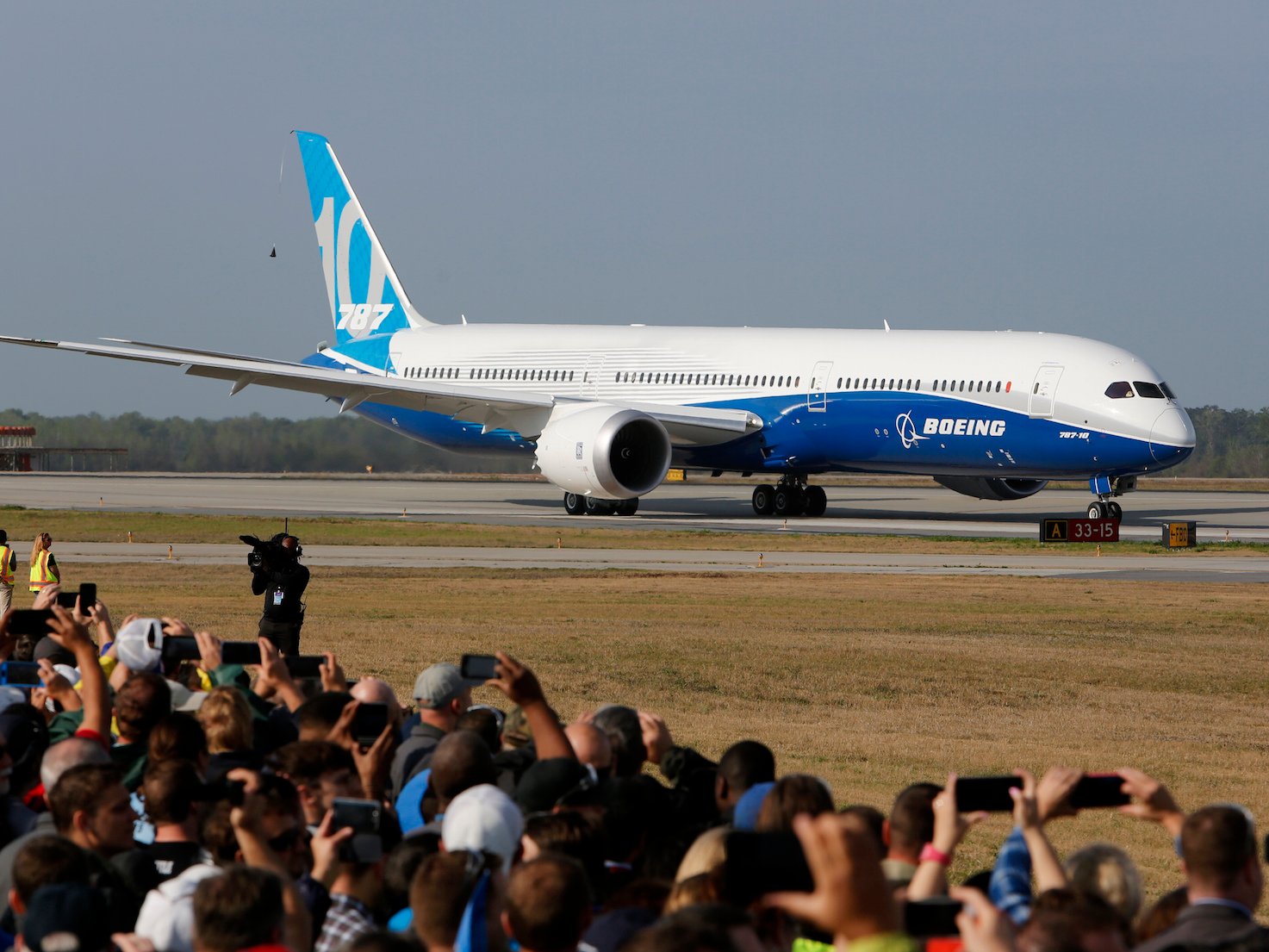 Airbus and Boeing both debuted new airliners on Friday.

The Boeing 787-10 took off for the first time from the company’s North Charleston, South Carolina facility just after 9:30 am Eastern Time for a four-hour-long test flight.

Earlier in the day, the Airbus A319neo also made its maiden test flight from the company’s factory in Hamburg, Germany to its headquarters in Toulouse, France.

The newest 787 is the largest member of Boeing’s state-of-the-art Dreamliner family with room for 330 passengers in a two-class layout. The Dash 10 is capable of holding 14% more seats and can carry 15% more cargo than the current 787-9.

“I want to say thanks to the team. This is a big big milestone for us and our customers,” Boeing CEO Dennis Muilenburg said on a webcast of the Dreamliner’s first flight.

With a range of 7,400 miles, the 787-10 is designed to make ultra-long-haul flights while delivering 25% better fuel economy than existing airliners of its size. The plane, which was unveiled in February in a ceremony featuring President Trump, has been touted as a possible replacement for older versions of Boeing’s game-changing 777-200ER.

@Airbus Thank you Airbus, & a huge congrats to you as well. We both work towards connecting the world & are making our industry stronger. #aviation

Currently, Boeing has taken 149 orders for aircraft which carries a list price of $312.8 million per plane. The 787-10’s largest customers are Etihad Airways and Singapore Airlines — Each with 30 aircraft on order.

According to Airbus, the A319neo’s maiden flight was used to assess the aircraft’s general handling characteristics and the functionality of its main systems. Even though the flight took off from Hamburg, the A319neo prototype’s test program will be based out of Toulouse.

The A319neo is the smallest member of Airbus’ next generation neo or new engine option series of airliners. Based on the A320neo that’s already in service, the A319neo has room for up to 160 passengers and is designed for short or medium range flights. In addition, the little Airbus will specialize in flights into or out of airports with tough operating conditions such as high altitude, high heat, or short runways.

Earlier this week, Embraer’s new E195-E2 airliner also made its maiden flight. The next generation E2 took off from Embraer’s facility in São José dos Campos, Brazil for a two hour test flight.

SEE ALSO:Qatar Airways is retaliating against the US laptop ban by offering some passengers an unprecedented perk

NOW WATCH: Here’s why Steve Jobs never let his kids use an iPad