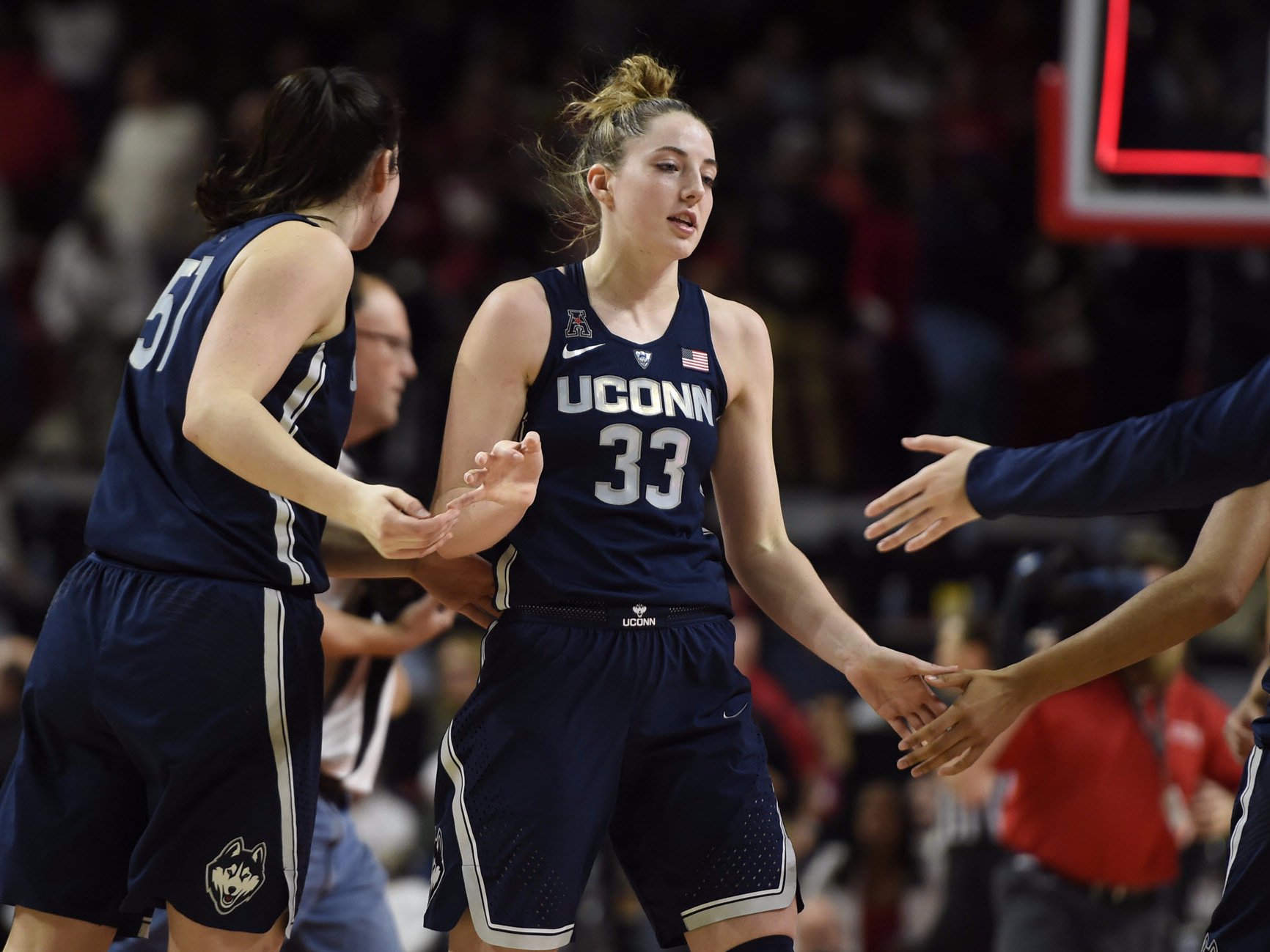 This was supposed to be a tougher season for the UConn women but they just keep winning.Gail Burton/AP

To most, it is just UConn doing UConn things. After all, the Huskies have won the last four national championships and haven’t lost a game since November, 2014 or a game in regulation since March, 2013.

But to some, this is a bit of a surprise. UConn’s top three players from last year’s team went 1-2-3 in the WNBA Draft, including No. 1 overall Breanna Stewart, the three-time winner of the Naismith Award as the top player in the country. This season was supposed to be a little more challenging and the Huskies opened the year ranked No. 3.

But maybe nobody is more surprised than the one person closest to the team, head coach Geno Auriemma. In fact, Auriemma loaded UConn’s early-season schedule with a bunch of tough opponents because he wanted to teach his young team that things aren’t always as easy as his previous teams made it look.

“I’m probably the most surprised person in the country,” Auriemma said after beating Maryland during the regular season. “I set the schedule up so that [going undefeated] wouldn’t happen, and it has happened. I’m flabbergasted to a certain extent.” In addition to beating then-fourth-ranked Maryland, the first 12 games on UConn’s pre-conference schedule also included wins over No. 2 Notre Dame, No. 3 Baylor, No. 7 Florida State, No. 14 Ohio State, and No. 16 Texas. Of those six teams, only Florida State wasn’t ranked in the preseason top-8.

That is as brutal of a 12-game stretch as you will ever see and this young UConn team won them all.

While the Huskies may not have faced the adversity Auriemma was hoping for, they do have something else that may be more important, but also something Coach Geno was trying to avoid: a whole lot of confidence.

UConn did catch a bit of a break in the NCAA Tournament. If things would have broken as expected, they would have had to re-face three of those early-season opponents, including Maryland in the Elite Eight, Baylor in the national semifinal, and Notre Dame in the championship game. All three of those teams lost before reaching UConn, but in the end, it probably wouldn’t have mattered.