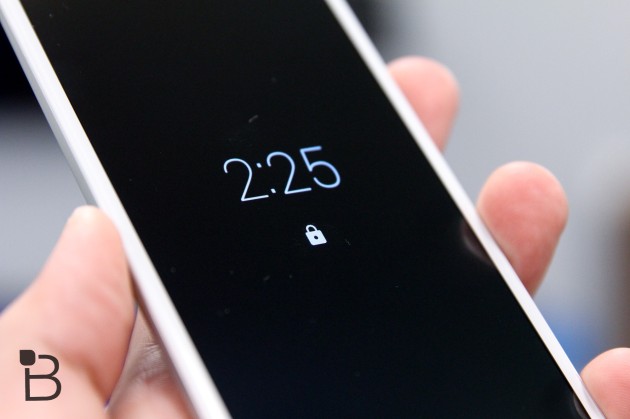 You’ll be hearing about it a lot over the coming days.

This new feature, introduced in the Samsung Galaxy S7, Galaxy S7 Edge and LG G5, is designed to make your screen “breathe” to life depending on the scenario. It doesn’t sound like a huge deal—we’ve been living without it for years. But, trust me, the convenience makes a world of difference. It may be a one-trick pony, but once you use it, you’ll never look back.

And, don’t worry, it’s not as sinister as it sounds.

Originally made famous by the first Moto X and its motion-activated display, these new display ideas are first and foremost designed for convenience, but they also offer a few other benefits.

For the purposes of this article, I’ll be talking about how the feature works on the Moto X Pure Edition, which is the device Motorola released last year.

Basically, an always-on display will show users a sneak peak of information, even when a display is turned off. In the case of the Moto X, which has a feature called Moto Display, the screen lights up and shows you information such as time, messages and email—all without you having to touch your device. On the same token, if your device is face down, you can simply flip it over and the display will gently fade on.

Technically, the Pure Edition lights up the entire display, as opposed to previous Moto X models, but it keeps the screen black and shows white text so your retinas don’t bleed when checking the time at 4 a.m. Check out the image above to see what this function looks like. In previous Moto X models, Moto Display took advantage of AMOLED technology to only light up specific pixels.

I’ve used all three iterations of the Moto X and found a motion-activated display to be immensely convenient for a few reasons. Mainly, I loved being able to peek at the time without having to actually wake the phone up. I know that sounds trivial, but it made a big difference throughout the day. You don’t realize how often you turn your phone on just to check the time.

The Pure Edition, in particular, was adept at recognizing when to fade notifications in and out because it came with an additional set of IR sensors. However unsightly the white model looks, I’ll take convenience over the ugliness of a few extra dots on the front. Seriously, the Moto X does an impressive job of knowing when your hand passes over the screen, which means you won’t have to flail at it just to check the time.

It’s not just the time either. If you have notifications already waiting for you, simply approach your device and it’ll come to life, sensing your presence like some kind of digital guard dog. This makes it easy to see if any notifications need tending to right this second. Again, all without having to touch your device. It works like magic.

And the less you turn your screen on, the more battery life is spared. Once you begin to rely on this method of checking notifications, you’ll start to appreciate the benefits an always-on screen provides.

Merely offering the functionality isn’t always enough, however. Google introduced a feature known as Ambient Display with Lollipop, but it’s not quite as developed or responsive as what Motorola offers. Still, it’s nice to see companies recognizing the feature’s usefulness. With some tweaking and an extra sensor or two, Google can certainly bring Ambient Display up to parity with Motorola’s offering.

Samsung has toyed with always-on screen technology before while LG’s V10 used a secondary display to feed users information. We also saw OnePlus dabble with a similar feature when the OnePlus X was released. Even Nokia played around with something known as Glance. But with the S7 and G5, always-on displays are about to go mainstream.

As I said, once you use the feature (and if it’s done correctly, as in Motorola’s case), you’ll never want to live without it. People are going to praise the S7, S7 Edge and G5 for their designs, their specs and their camera improvements. Rightly so—we should be praising these additions. But let’s not forget about the simple things.

I know an always-on display doesn’t sound like a sexy feature—it actually sounds kind of scary—but it makes a profound difference. And, before you start freaking out, battery life shouldn’t take a hit. In the case of the G5, the display gets partially turned on, allowing the always-on feature to work, but LG says the knock on battery life is negligible. The Galaxy S7 and S7 Edge, meanwhile, will permanently show information like the time, notifications and more without having a major effect on battery; the feature will, however, intelligently turn off when your phone is in your pocket.

I can’t wait to see more always-on features become a staple of every major flagship moving forward (looking at you, Apple), whether it’s one that’s based on motion like Moto Display, or permanent information displayed at a low-power state.

Update 2:50 p.m. PST: This article has been clarified to highlight the differences between Motorola’s “motion-activated” display and the “always on” implementation used by the LG G5 and Galaxy S7/S7 Edge. All similar ideas, but executed differently.