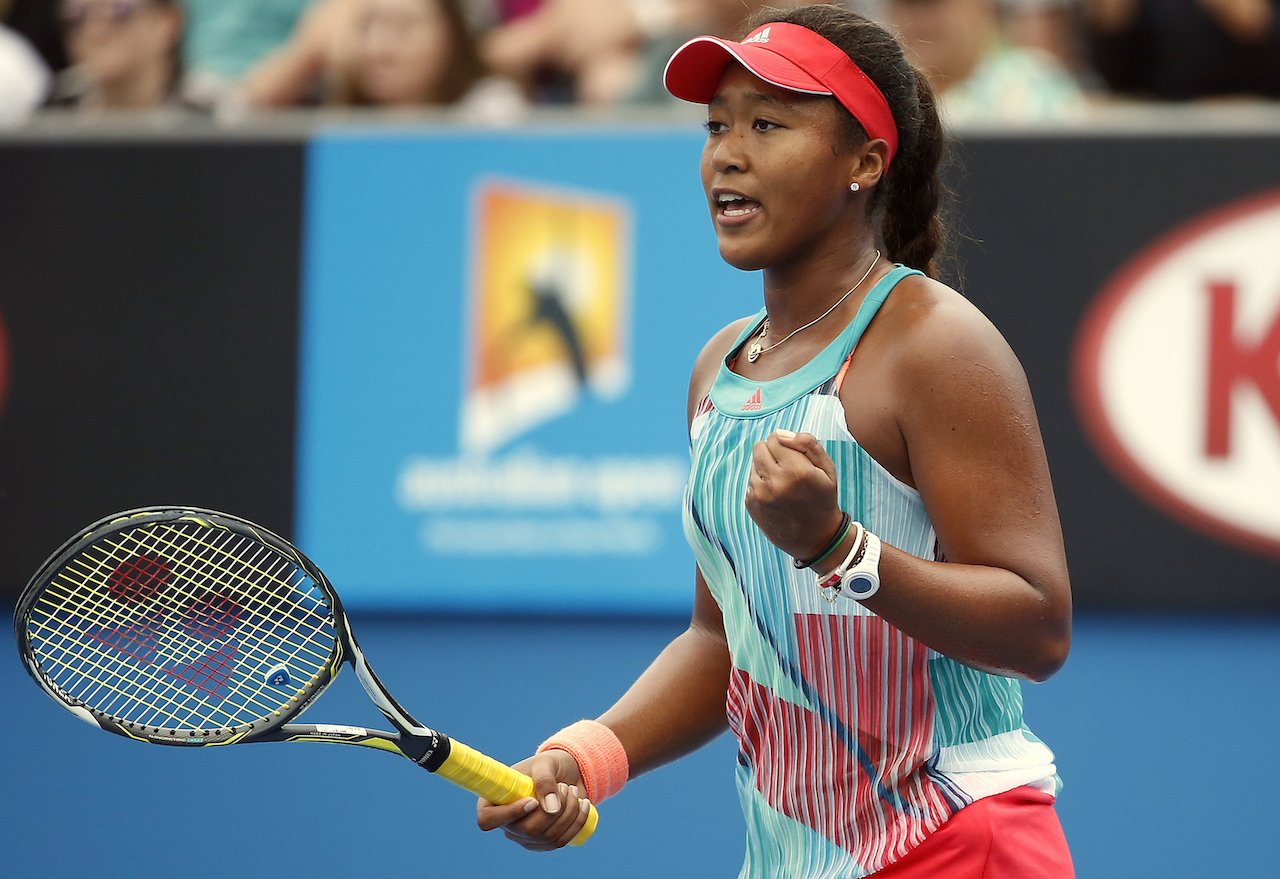 After routinely dismantling 18th-seeded Elina Svitolina 6-4, 6-4 to advance to the 3rd round of the Australian Open, 18-year-old Naomi Osaka, a self-described “child of the internet,” was talking to reporters about Pokemon.

Asked about her tennis aspirations, Osaka smiled and declared confidently, “To be the very best, like no one ever was.”

“That’s a Pokemon quote, I’m sorry,” she clarified, laughing. “That’s the Pokemon theme song. But, yeah, to be the very best, and go as far as I can go.”

Between her casual off-court banter with reporters and her cool domination in her first two matches, Osaka has been all the rage of the Australian Open. Even Serena Williams is gushing.

Osaka is currently ranked 127th in the world and only qualified for the main women’s draw by winning all three of her qualifying matches. Born in Japan to a Japanese mother and a Haitian father, she plays under the Japanese flag but trains and lives permanently in Florida, where she is coached by her dad.

Nevertheless, at the Australian Open she’s taken to bowing to the Japanese fans that have turned out in droves to cheer for her and wave the Japanese flag during her matches.

“Yeah, it’s the only part of my Japanese side,” she said of the bow after the Svitolina match. “Kind of because there were a lot of people cheering for me, and I kind of wanted to show how grateful I was. I always think that they’re surprised that I’m Japanese. So the fact that there was like Japanese flags and stuff, it was, like, really touching.”

Osaka may be virtually unknown to the casual tennis fan, but her impressive play over the first two rounds isn’t much of a surprise to those paying attention. As a 16-year-old, Osaka upset former world no. 1 Samantha Stosur with aggressive and powerful shots, including a 100-mile forehand.

During her second round of the Australian Open, she used her big serve to frustrate Svitolina.

Svitolina was visibly frustrated throughout the match, while Osaka remained staunchly emotionless.

“Just genetically my face is like this. I’m sorry,” she told reporters afterwards. “I feel like there’s something wrong with me because I don’t get excited or anything that much.” Her on-court Poker Face, of course, doesn’t mean that she isn’t nervous.

As in all sports, tennis players regularly hide behind empty cliches about hard work and taking things one day at a time, which is why it’s especially refreshing to hear Osaka speak so honestly to reporters. Her sense of humor, she said, is the product of Youtube.

“I feel like I’m a child of the Internet, and the Internet has raised me, and its jokes might not be appropriate at certain times,” she acknowledged.

Osaka will have her work cut out for her in the 3rd round, where she will face Victoria Azarenka, the hard-hitting Belarusian who has dropped only three games through her first two rounds. But Osaka isn’t worried.

“I never feel pressure from playing someone that’s supposed to be like better than me,” she said. “Sort of.”