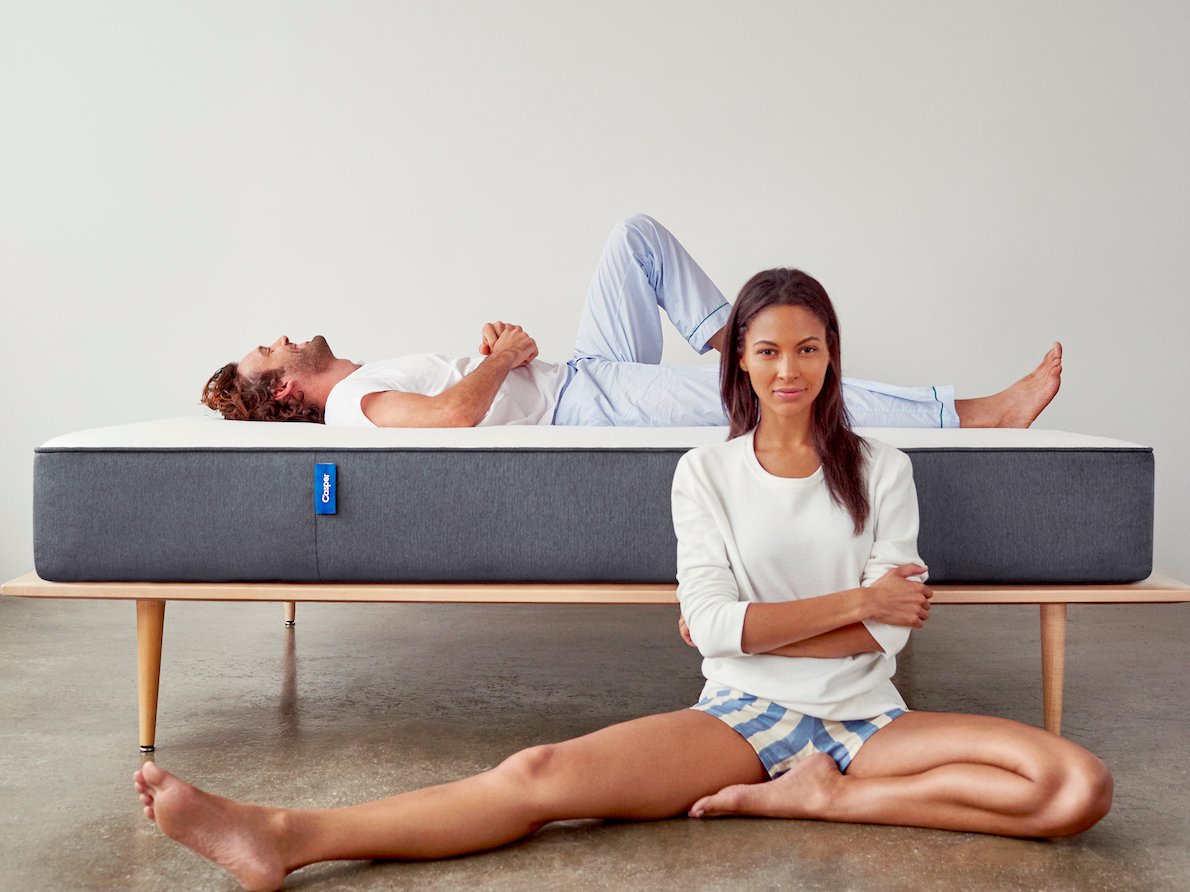 Casper’s European MD Constantin Eis told Business Insider on a call this week that, while the company is not explicitly targeting sales of $400 million (£308.8 million) this year, current internal projections based on sales so far this year suggest the fast-growing startup could double sales once again in 2017.

The New York-headquartered business is trying to bring the bedding market into the e-commerce age by selling its custom-made mattresses, pillows, and sheets online. A mattress costs £350 in the UK, while a pillow is £60.

Casper compresses its mattresses into easier to ship boxes and offers customers the ability to return a mattress after sleeping on it for 100 days if they are not happy with it. This sets it apart from traditional retailers who won’t accept bed returns.

Casper’s fast-growth has attracted interest from a range of high-profile and unusual investors. The company raised $55 million (£42.4 million) in 2015 from a range of backers including Leonardo DiCaprio, Tobey Maguire, Maroon 5 singer Adam Levine, and Justin Bieber’s manager Scooter Braun. Leonardo DiCaprio is an investor in Casper.Frazer Harrison / Getty

Eis, who joined Casper last year, told Business Insider he couldn’t speak for Casper’s high-profile backers but said he thinks they were attracted by the company’s fast growth and the improvement it brought to the experience of buying a new mattress.

Eis wouldn’t comment on whether Casper has plans to raise more money and also wouldn’t be drawn on how much of the $55 million the company still has in the bank.

Casper launched in the UK last August and Eis told BI that sales here have been strong. The UK and Germany are Casper’s biggest markets outside of the US and are a “significant” part of the business, according to Eis.

While Casper pioneered online mattress selling, it is now one of a number of online-focused mattress retailers competing for buyers. Its highest-profile rivals in the UK are Eve Sleep, which is currently considering a £200 million stock market listing in London, and Simba.

Casper, Eve, and Simba’s products all look remarkably similar when compared online. Why should someone choose Casper over its rivals?

Eis pointed to a review in the Independent newspaper, naming Casper its top pick in the UK. (BI was also impressed by the product when it first launched). Eis added that Casper has 25 expert designers in San Francisco dedicated to making the best product.

Eis said he doesn’t think it’s a “winner takes all” market as the mattress industry is so large. He added that Casper and its rivals are really competing with traditional bed retailers, not with each other.