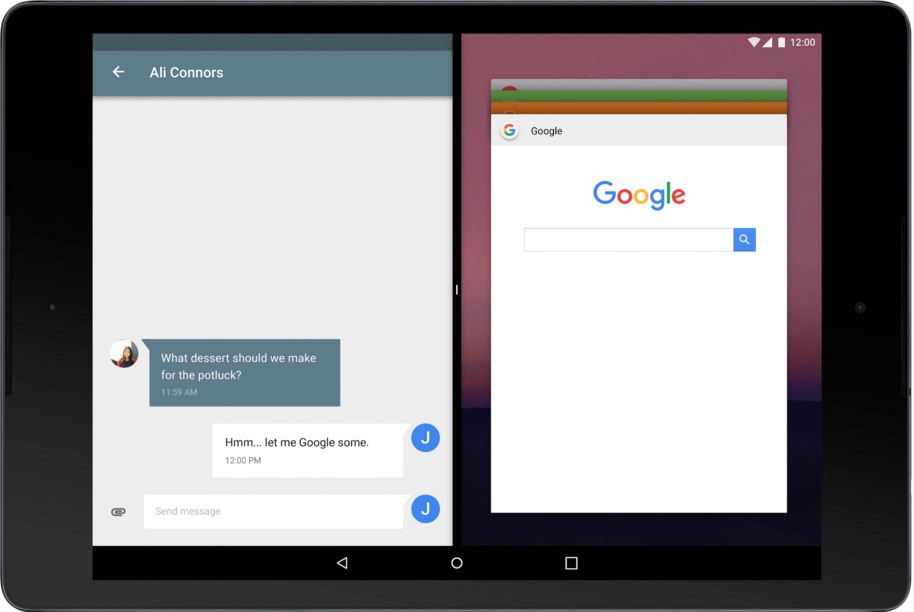 Google surprised us all on Wednesday with the announcement and developer preview release of Android N, the latest version of its mobile operating system. You can test it now if you want to, and provided you own a supported device, but most folks won’t get a taste of Android N until it goes mainstream. By then it’ll have a fancy new name and, with luck, even more features.

But, to break things down and make it easier on you, we figured we’d go over the top 5 features of Android N, that you’ll find now in the developer preview. We’re currently working on getting it installed, so stick around for a closer look, too.

This feature is long overdue and, in fact, is already supported by OEMs such as Samsung. Google will officially support multi-window in Android N, allowing you to run two applications side-by-side, the way you would on a Samsung smartphone or tablet now, or even on an iOS device such as the iPad Pro. And, yes, even Windows 10 devices. The feature will be supported across phones and tablets and will automatically switch between landscape and portrait mode as you move your device. Google said there will even be picture-in-picture support for “devices like TVs” and for apps that support video playback. Neat.

Doze is Google’s battery-saving feature that was first introduced in Android Marshmallow, once called simply Android M. The company will build on that with Android N – which still doesn’t have a name – allowing a device to “save battery whenever the screen turns off.” That should mean even longer-lasting batteries, provided developers take advantage of the feature in their apps. Google said you should also expect improvements for background tasks, which should save you battery life and improve performance across the board.

Android notifications are already top-notch, but they’re going to get even better with a new feature that’s borrowed from iOS. Users will soon be able to reply to a notification directly from the notification shade, which means you’ll be able to fire off a quick response to a text message, for example. This is part of a new RemoteInput API in Android N, which is again going to be something developers will need to take advantage of before end-users can expect new notifications from individual apps.

5. Consumers Will get to Test it

Android N is currently only recommended for developers who want to build apps that work with the new code. In other words, it’s probably still pretty buggy and isn’t recommended for installation on a daily driver just yet. But that will change, and Google said that it will be “inviting consumers to try it out as well” before the final launch of Android N – or whatever it’s ultimately called. I suspect it’ll still be limited to the Nexus 6, Nexus 5X, Nexus 6P, Nexus Player, Nexus 9 and Pixel C, however, so make sure you have one of those devices if you want in.