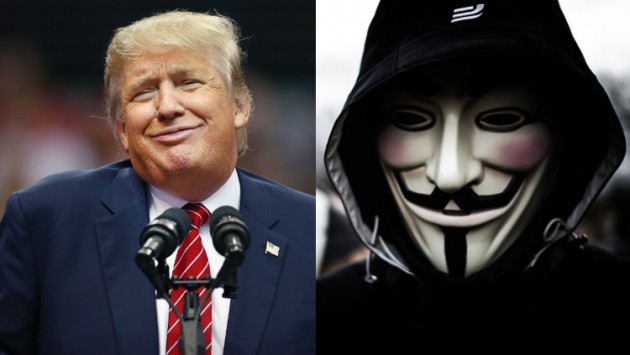 The hacking collective Anonymous has declared war on Donald Trump’s campaign for president of the United States. The group frequently goes after people, ideologies and corporations it doesn’t like, most recently also declaring war on ISIS.

“We have been watching you for a long time and what we’ve seen is deeply disturbing,” Anonymous said in a public letter. “You don’t stand for anything but your personal greed and power. This is a call to arms. Shut down his websites, research and expose what he doesn’t want the public to know. We need you to dismantle his campaign and sabotage his brand.” Anonymous, in its letter, seems to be calling on hackers outside of its collective to attack Trump on its behalf.

This doesn’t mean anything will actually happen to Trump or his campaign, though it’s possible his Twitter account or website might get vandalized, as Fox News also notes. It’s unclear who Anonymous is putting its support behind, but it’s definitely not Turmp.