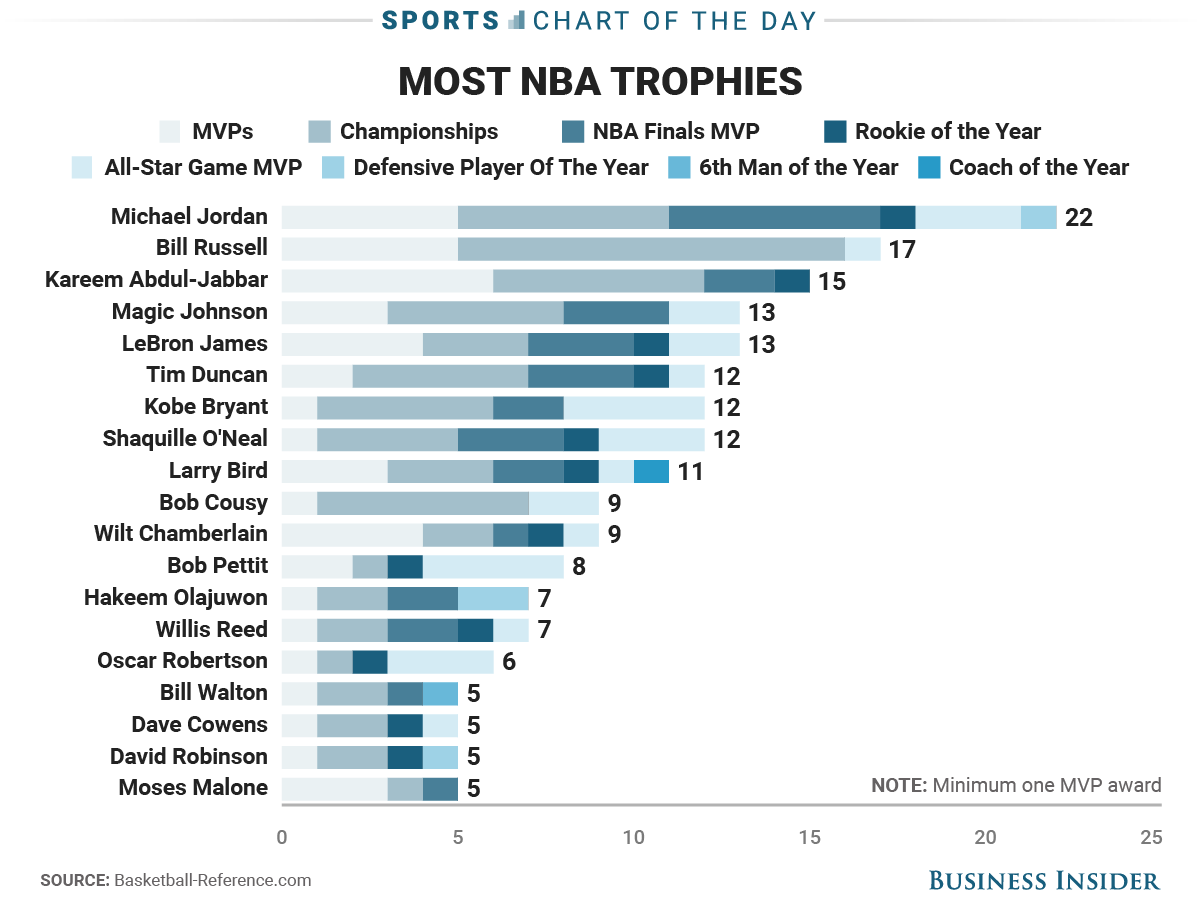 LeBron James struggled in a Game 3 loss to the Boston Celtics in the Eastern Conference finals, however, most feel it is still a foregone conclusion that the Cleveland Cavaliers will reach the Finals. If that happens, LeBron will have a shot to add at least one more trophy to his collection and reach a total that only three other players have achieved.

Recent players have an advantage when it comes to trophies. The Defensive Player of the Year award has only been around since 1982-83 and the NBA didn’t start naming Finals MVPs until 1968-69. Bill Russell won his final championship during the 1968-69 season, and it is safe to say he would have had a few more trophies if both of those awards were available in his day. On the flip side, there were only eight teams in the NBA when Russell won his first title, so there was less of a challenge to win championships.

Still, if James can win a four title, and potentially a fourth Finals MVP trophy, he will break his tie with Magic Johnson and join a group that only includes Russell, Michael Jordan, and Kareem Abdul-Jabbar.