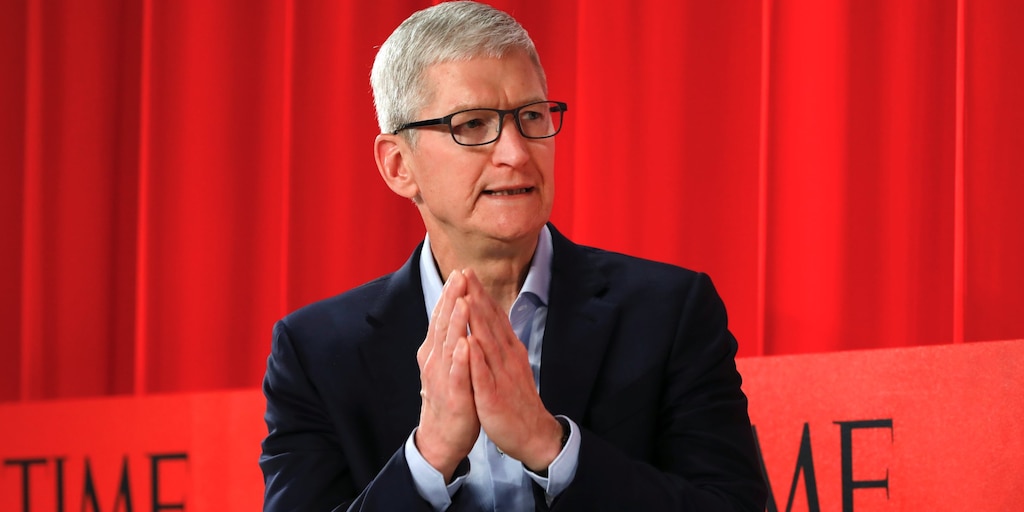 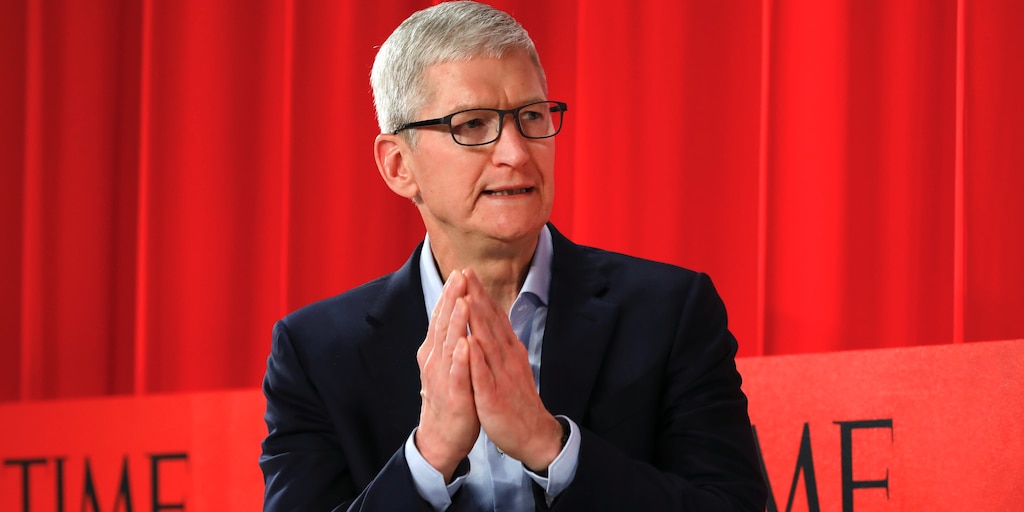 Shares of Apple rose as much as 1.3% Friday to a fresh all-time record as China and the US reach a phase one trade deal that includes some tariff relief.

With the agreement between the US and China, Apple has narrowly avoided a 15% tariff that would’ve been applied to some of its most popular products had a scheduled round of tariffs gone into effect on December 15.

That would’ve hiked the prices of some of Apple’s flagship products. The price of the iPhone could’ve gone up as much as $150, according to Daniel Ives of Wedbush, which would’ve lowered demand for the product by as much as 8%. The iPad and MacBook would also have been subject to price increases.

Apple had been pushing back against the potential tariffs. In November, the company filed requests to be excluded from the December 15 round of tariffs, according to Bloomberg. Even President Trump said that he was looking into whether or not Apple should be exempt from the tax during a November visit to Apple’s Texas facility.

The company has a majority of its supply chain in China, including a main iPhone assembly plant in Zhengzhou that is responsible for producing half of the iPhones in the world.

If the increase in Apple’s stock price holds through the end of trading Friday, it will mark a four-day streak of gains for the company. Earlier in the week, Apple was unseated as the world’s most valuable company when its roughly $1.2 trillion market valuation was beaten by Saudi Aramco, which now has a market capitalization of more than $2 trillion.

Apple is up 72% year-to-date through Thursday’s close. 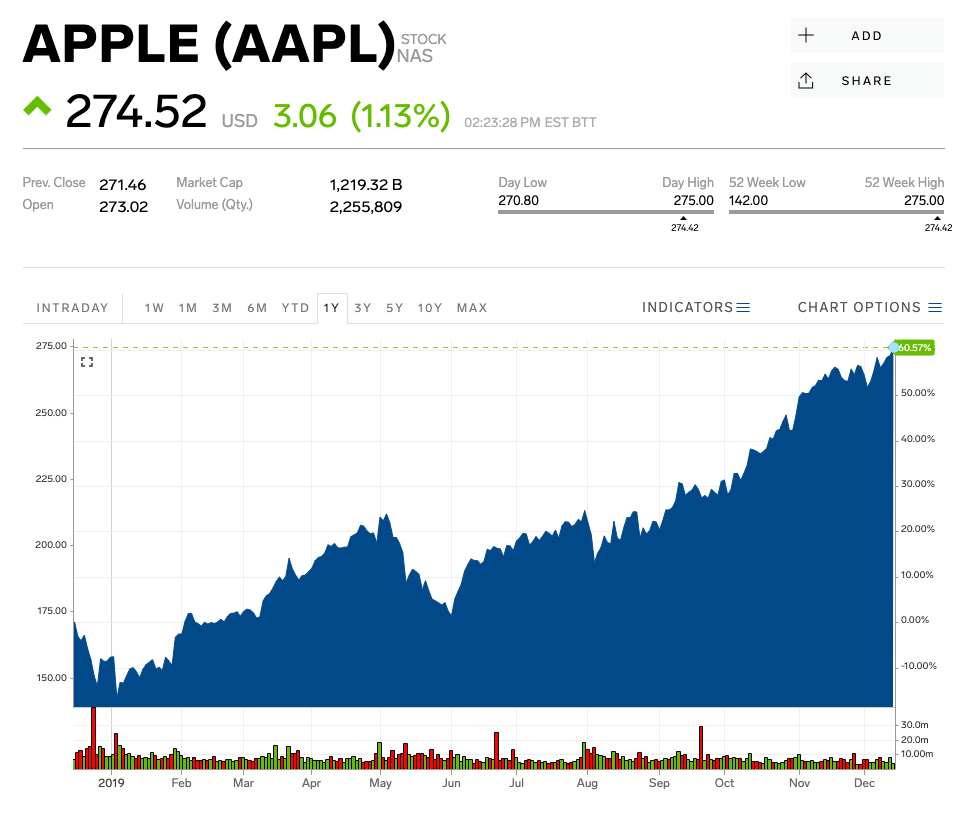