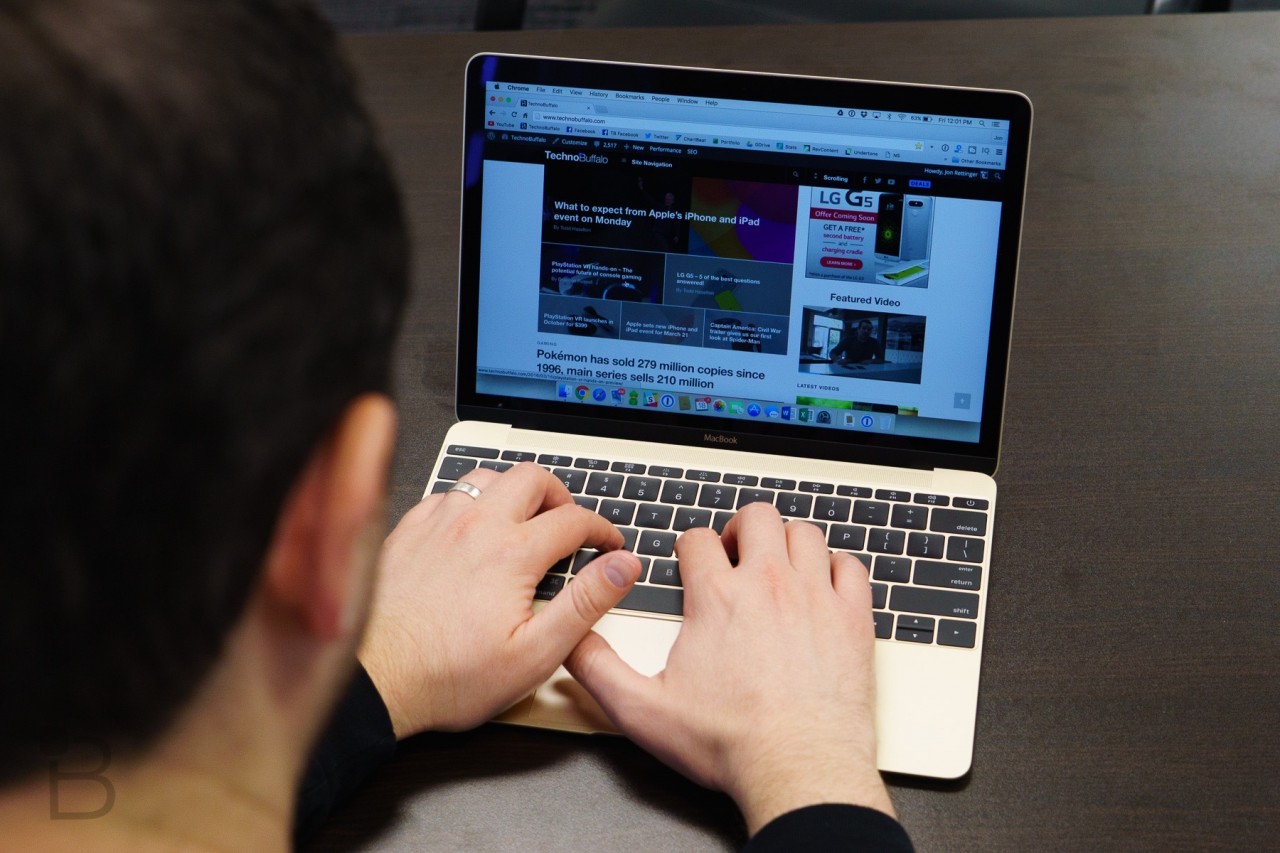 When Jon reviewed Apple’s MacBook last year, he found the device to be underpowered and expensive, especially when compared to Microsoft’s Surface Pro. But his needs have changed over the past several months, giving him the opportunity to view the ultrabook through a different lens. So has his opinion on the MacBook changed?

One thing that remains constant throughout his experience is the MacBook’s beautiful design; nearly a year on and it still feels like something from the future—at least from a hardware standpoint. The screen and aluminum body are both gorgeous and it feels solidly built overall, measuring in at just 0.35 cm. And at just 2.03 pounds, you’ll hardly notice it’s in your bag.

In addition to its beautiful design, another thing that stands out is the MacBook’s keyboard, which sports a new “butterfly mechanism” rather than the traditional scissor mechanism. The keyboard isn’t the easiest to use but you get used to it after a while. You’ll be shooting off email with aplomb in no time. The device also sports a Force Touch trackpad and USB-C port.

The model we picked up last year came equipped with a 1.2GHz dual-core Intel M chip, which is powerful enough to handle most tasks. Certainly not enough if you’re looking to really push it through heavy photo and video editing, but if you’re a student who needs to write 40-page essays, then the MacBook is more than capable.

On Apple’s website, the MacBook still has a ridiculous starting price of $1,299, which isn’t exactly wallet-friendly. With new models allegedly on the way—maybe even at Apple’s March 21 event—we’d advise not picking one up unless you find it at a steep discount.

Either way, check out the video above to hear Jon’s thoughts and whether his opinion on the MacBook has changed over the past few months.