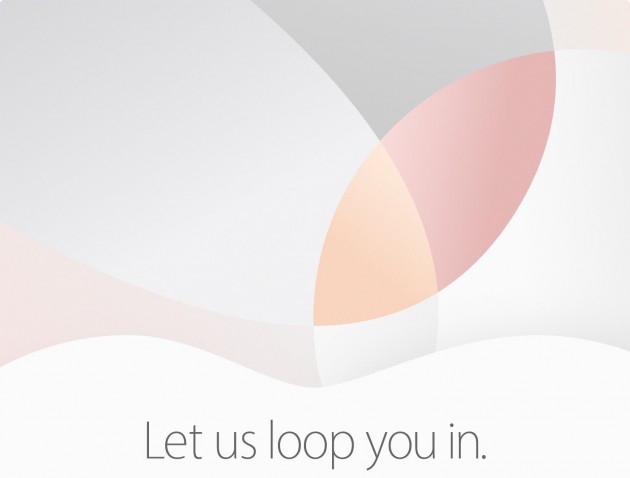 Apple just announced that it will hold a press event on March 21 where we expect it to introduce one new iPhone and a new iPad.

The invite, as you see above, says Apple wants to “loop” us into something new. What could it be? Recent rumors suggest the company has an iPhone SE coming, which is a new 4-inch iPhone with some of the same specs introduced in the iPhone 6s and iPhone 6s Plus, including an A9 processor. It should be a powerful but smaller and, perhaps, more affordable iPhone. We’re excited to learn more.

Meanwhile, Apple is also expected to introduce a new 9.7-inch iPad. We don’t know the name yet, but it might be the iPad Air 3 or something along the lines of an iPad Pro Mini, since it’s expected to offer surround-sound speakers and stylus support, which were introduced in the iPad Pro.

The event will take place in Cupertino, California at Apple HQ on March 21 and starts at 10:00 a.m. Pacific.