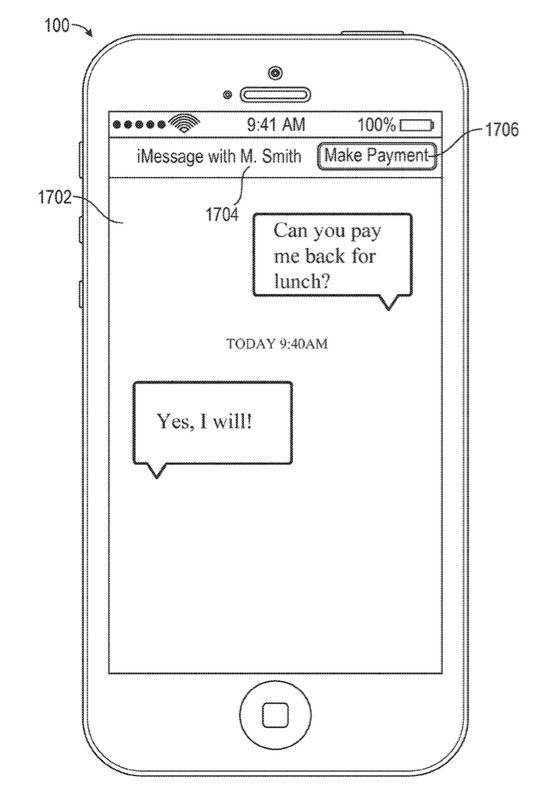 Rumor has it Apple is working on a peer-to-peer payment service to rival Venmo, and a recent patent from the Cupertino company may reveal a few new details.

The patent, which was published earlier this month and spotted by Quartz, suggests Apple may offer the option to send money to a friend over text messages, phone calls, emails and even calendar events. Of course, it’s possible the company is just thinking out loud here, but clearly there’s some strong interest in expanding beyond Apple Pay.

Apple included a pair of sketches revealing how the new service could work. In one picture, a text message sent to a friend asking “Can you pay me for lunch?” prompts an extra button near the top of the display to quickly make the payment. A second image shows an interface for sending money to one or multiple people.

Reports that Apple could be prepping a peer-to-peer payments app first surfaced in November, though were pretty short on details. Soon afterwards, we learned that Apple could be eyeing iMessage as a platform for its new service. There’s still no official confirmation that the company plans to offer any sort of Venmo-style service at all but, if it does, we may learn more next summer at WWDC where the Apple typically announces big software changes.