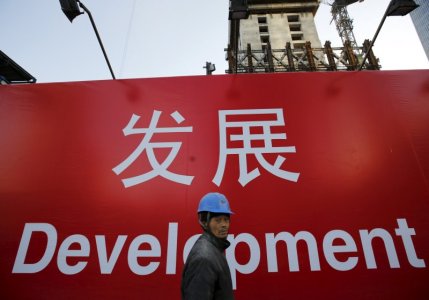 SYDNEY (Reuters) – Manufacturing activity across much of Asia shrank in February with China suffering a seventh straight month of decline, a blow to policymakers who only a day earlier resumed an easing cycle in a fresh effort to spur growth.

Business surveys from China to Indonesia showed no signs of reversing a weakening trend, forcing factories in the trade-reliant region to shed yet more jobs and cut prices, a move that could worsen a global disinflationary trend.

Surveys of manufacturing output from other parts of the globe will be released later on Tuesday.

Asia’s grim readings will sharpen the focus of officials in the world’s leading economies who declared at a weekend G20 meeting that they needed to look beyond ultra-low rates and printing money to reanimate growth.

Economists at Citi said last week that the chances of a global recession – which it defines as global growth falling below 2 percent – are rising.

China aims to lay off 5-6 million workers from “zombie enterprises” over the next two to three years, two sources with ties to the country’s leadership told Reuters.

Australia’s central bank governor, Glenn Stevens, observed on Tuesday that conditions have become more difficult for a number of emerging market economies and noted that “China’s growth rate has continued to moderate.”

Stevens, who attended the Shanghai G20 meeting, made those comments after leaving interest rates at a record low 2.0 percent. He kept a conditional easing bias in a widely expected outcome.

Survey after survey served to remind how challenging the current environment is.

INDIA AS A STANDOUT

Japan’s factories saw their weakest growth in eight months, while Indonesia and Malaysia contracted for the 17th and 11th month respectively, according to survey compiler Markit. Taiwan went into reverse gear for the first time in three months as orders wilted.

India was perhaps the only standout, and for merely maintaining modest growth driven by cutting prices to attract demand.

The Nikkei/Markit Manufacturing Purchasing Managers’ Index held steady at 51.1, the second month above the 50 mark that separates growth from contraction.

By contrast, China’s official Purchasing Managers’ Index (PMI) stood at 49.0 in February, down from 49.4 and below the 50 mark for a seventh month.

A private survey, the Caixin/Markit China PMI, which focuses on small and mid-sized companies, fared no better, falling to 48.0, from 48.4, and undershooting market expectations of 48.3.

Analysts said some of the weakness in China’s PMIs was probably due to the long Lunar New Year holidays, but they pointed to a worrying fall in the index’s employment gauge which dropped to its lowest since January 2009.

“The big question is do we see a pick up in the second quarter once China does pass through the seasonal disruption, but at the moment there is little hope for that to happen in any significant way,” said Angus Nicholson, market strategist at brokerage IG in Melbourne.

Underscoring how a slowdown in China is putting trade-reliant economies on the skids, South Korean exports in February tumbled in their 14th consecutive month of declines.

Job destruction from a slowing Chinese economy and reform of bloated state enterprises will put pressure on policymakers to come up with measures to create employment as Beijing finalizes its plan for China’s development over the next five years.

Late Monday, the People’s Bank of China (PBOC) announced it was cutting the amount of cash that banks must hold as reserves for the fifth time since February 2015.

The 50-basis-point cut to the reserve requirement ratio (RRR) is designed to release an estimated $100 billion of long-term cash into the bank system, in hopes it will flow through to the wider economy.

Analysts expect the PBOC will have to do more including cutting interest rates this year.

“Following the latest move, we add another 50 basis point RRR cut, and continue to look for two rate cuts in the first half of 2016,” analysts at Barclays Capital wrote to clients.

“Risks to our 6.0 percent baseline GDP growth forecast in 2016 remain tilted to the downside.”