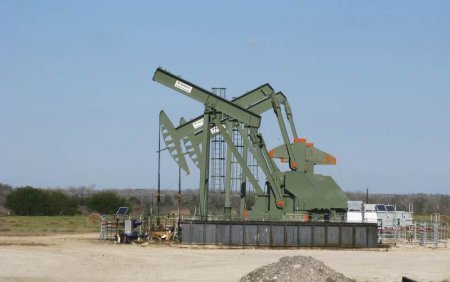 By Amrutha Gayathri and Swetha Gopinath

(Reuters) – In a ray of hope for oil bulls, leading U.S. shale producers are at last predicting output declines this year – a long-anticipated turning point for a market reeling from an epic supply surplus.

The bad news is that – taken together – the declines they are disclosing to investors appear milder than some analysts have predicted.

According to a Reuters analysis based on forecasts from 18 U.S. shale oil-oriented firms released over the past several weeks, from global independent Occidental Petroleum Corp to small Denbury Resources Inc , total oil and gas production would fall 5.6 percent this year. The same firms saw output grow by around a tenth last year.

Even excluding the eight larger companies with operations outside the shale patch, where output is falling less quickly, production would decline by about 6 percent, the data show. (Graphic: http://tmsnrt.rs/1KQZIGw)

In contrast, the U.S. Energy Information Administration is forecasting an 11 percent drop in national production outside of Alaska and the Gulf of Mexico, where output is expected to rise.

In broad terms, the data confirm a long overdue reversal for U.S. firms that have kept production rising throughout much of the oil price rout despite deep cuts in spending and drilling. On a monthly basis, nationwide oil output has been ebbing – though very slowly – since it reached a near 44-year high in April.

The decline has quickened after oil tumbled to $30 a barrel for the first time in over a decade, with some companies leaving new wells idle rather than opening up the taps after drilling.

Apache Corp would “rather leave those barrels in the ground” and wait for prices to rebound than finish the fracking process, Chief Executive John Christmann said last week. Apache expects production, nearly two-thirds of which is onshore in North America, to fall by 7 to 11 percent.

Yet the overall declines may still appear unusually shallow given the scale of spending cuts.

Many producers are still managing to coax ever-more oil from each new well, tempering the reversal in production even with only 400 drilling rigs deployed nationwide, one-quarter of the peak of 2014, according to Baker Hughes data.

EOG Resources Inc expects to boost output from new wells in the first four months by 50 percent for each foot it drills, chairman and CEO Bill Thomas told analysts on Friday. EOG expects its oil production to dip by only about 7.6 percent this year.

“The resilience (of U.S. shale) has been extraordinary, a tribute to technical expertise,” Neil Atkinson, head of the International Energy Agency’s benchmark Oil Market Report, said last week. The agency expects U.S. production to rebound to record highs within just a few years. “Anyone who believes the U.S. revolution has stalled should think again.”

Until this year, energy firms have been able to sustain output thanks to increased efficiencies and more targeted drilling. In December, shale powerhouse North Dakota pumped some 1.15 million barrels per day, barely 2 percent below its April 2015 peak.

Now, the “precipitous” fall in rig count is beginning to outpace efficiency gains, said Brian Kessens, Portfolio Manager at Tortoise Capital Advisors. The anticipated declines show that there is a limit to how much companies can squeeze out of their oilfields without drilling and completing new wells.

Whiting Petroleum , the biggest producer in North Dakota, last week forecast its output would drop by over 18 percent, the most among the surveyed firms, as it set out to cut well completions and slash its capital budget by 80 percent.

The only driller to anticipate an increase this year, Pioneer Natural Resources
, can do so largely because of its most extensive hedging among shale firms. Concho Resources and Halcon Resources Corp
, which have also hedged substantial parts of their production, both see output slipping by less than 5 percent.

All in all, output data so far and forecasts suggest this year’s declines will be relatively modest, raising questions whether the retreat will be deep and long enough to support a sustained recovery in oil prices.

While individual company forecasts offer the clearest view of supply from those closest to the oil wells, in sum they are a less than perfect gauge.

The companies in the survey represent only a portion of U.S. crude production, which reached a near record of 10 million bpd last year, and most offer no separate forecasts for crude oil, natural gas or other related liquids. Privately-held companies, which do not report forecasts, may get hit harder.

Projections from the half-dozen larger firms in the group are bolstered by other large overseas or offshore non-shale projects, which often produce crude for years without the need for new wells.

Marathon Oil Corp , for instance, sees a 6-8 percent decline in overall output, but warned its big shale plays in the Bakken, Eagle Ford and SCOOP areas would drop by the “low teens”.

Yet its oil-rich Permian Basin shale properties, source of one-sixth of its output, are still expected to pump more this year – even as it cuts back to only two to four rigs.

(Reporting by Amrutha Gayathri and Swetha Gopinath in Bengaluru; Editing by Jonathan Leff and Tomasz Janowski)