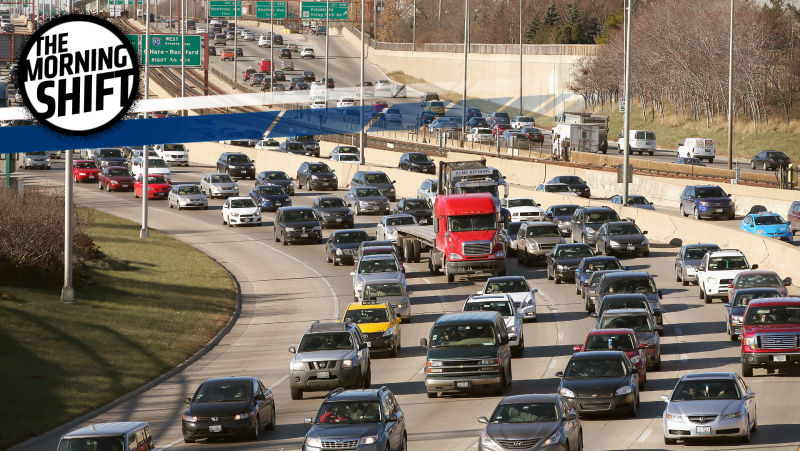 Good morning! Welcome to The Morning Shift, your roundup of the auto news you crave, all in one place every weekday morning. Here are the important stories you need to read before we send Jason Torchinsky to your house all twitchy-fied after drinking an entire case of Jolt Cola.

The Alliance of Automobile Manufacturers, a lobbying group that represents General Motors, Volkswagen, Toyota and a bunch of others, wants to reach a deal between California and the Trump administration over fuel efficiency standards, reports Reuters. The White House is planning talks between itself, automakers, and California with the goal of standardizing things across all 50 states.

California has some of the country’s smoggiest places and actually still gives a damn about the environment, whereas the Trump administration (who doesn’t even think vehicle emissions testing is important) has been arguing that the tough fuel efficiency standards set for 2022-2025 by the Obama administration are too hard for automakers to reach.

The Trump Administration has made no secret of its disdain for the Environmental Protection Agency, …Read more Read more

Alliance of Automobile Manufacturers chief executive Mitch Bainwol is trying so hard to gloss over the fact that the companies he represents would, in fact, like to loosen the regs. Bainwol told Reuters:

2nd Gear: Tesla Wants Fewer BFFs of Elon Musk On Its Board

An influential group of investors has pressured Tesla to add two board members who don’t have ties to the CEO, reports Bloomberg:

Five of Musk’s six fellow board members have personal or professional connections to the Tesla chief executive officer, which could jeopardize their independence, the California State Teachers’ Retirement System and four other investors wrote in a letter Monday to Tesla’s lead independent director. The managers of a combined $721 billion in assets also pushed for yearly director elections, rather than votes staggered every three years.﻿

The push for someone more eager to call BS on Musk’s flights of fancy comes in the wake of last year’s disastrous merger with money-losing solar panel maker SolarCity Corp. As Tesla’s value rises, there’s even more pressure to get fewer Musk-bound yes-men on Tesla’s board for the sake of the company’s survival.

The New York Auto Show is in full swing, but expect some of the good stuff to get saved for the Shanghai Auto Show. America’s only the second-biggest car market now, kids.

Anyway, Volkswagen’s big future gamble is on electricity, so we’ll see the brand’s first electric crossover SUV at that show soon. Via Bloomberg:

Like the hatchback and van concepts VW has shown in recent months, the third vehicle of the planned I.D. electric-car line offers a battery-powered range comparable to models with combustion engines and can drive autonomously.

“Volkswagen has set the clearly defined goal of advancing electric-drive vehicles from the status of a startup niche to large-scale production models by the middle of the next decade in a worldwide product offensive,” VW said on Wednesday in a statement.

The I.D. crossover is a mix between a four-door coupe and a SUV. It targets the auto industry’s fastest-growing segment as customers increasingly opt for spacious, comfortable rides with a higher seating position.

You know I can’t wait.

4th Gear: Lyft Gets A Lift In Cash

Ride-hailing giant Lyft just got $600 million in fresh funding, but from unusual sources for a startup. Reuters writes:

The $600 million came mostly from large global investment funds rather than startups’ traditional funding source of venture capital. The round values the company at $7.5 billion, a sharp increase from the $5.5 billion valuation at Lyft’s last financing more than a year ago.

Both the funding and the valuation exceed Lyft’s targets, which may or may not be helped some by its main competitor Uber’s string of recent, high-profile embarrassments.

The New York Auto Show continues today, and Jalopnik is there covering it live! Here’s a quick rundown of the major reveals so far:

Reverse: The Reason You’ve Been Swearing At MG Wiring All Day

On this day in History, Founder of classic British sports car company is born on Apr 12, 1888.…Read more Read more

Neutral: Where do you think automakers, California and the Trump administration will find their compromise? Or will they find one at all?

I Finally Figured Out Why My 1948 Jeep Died