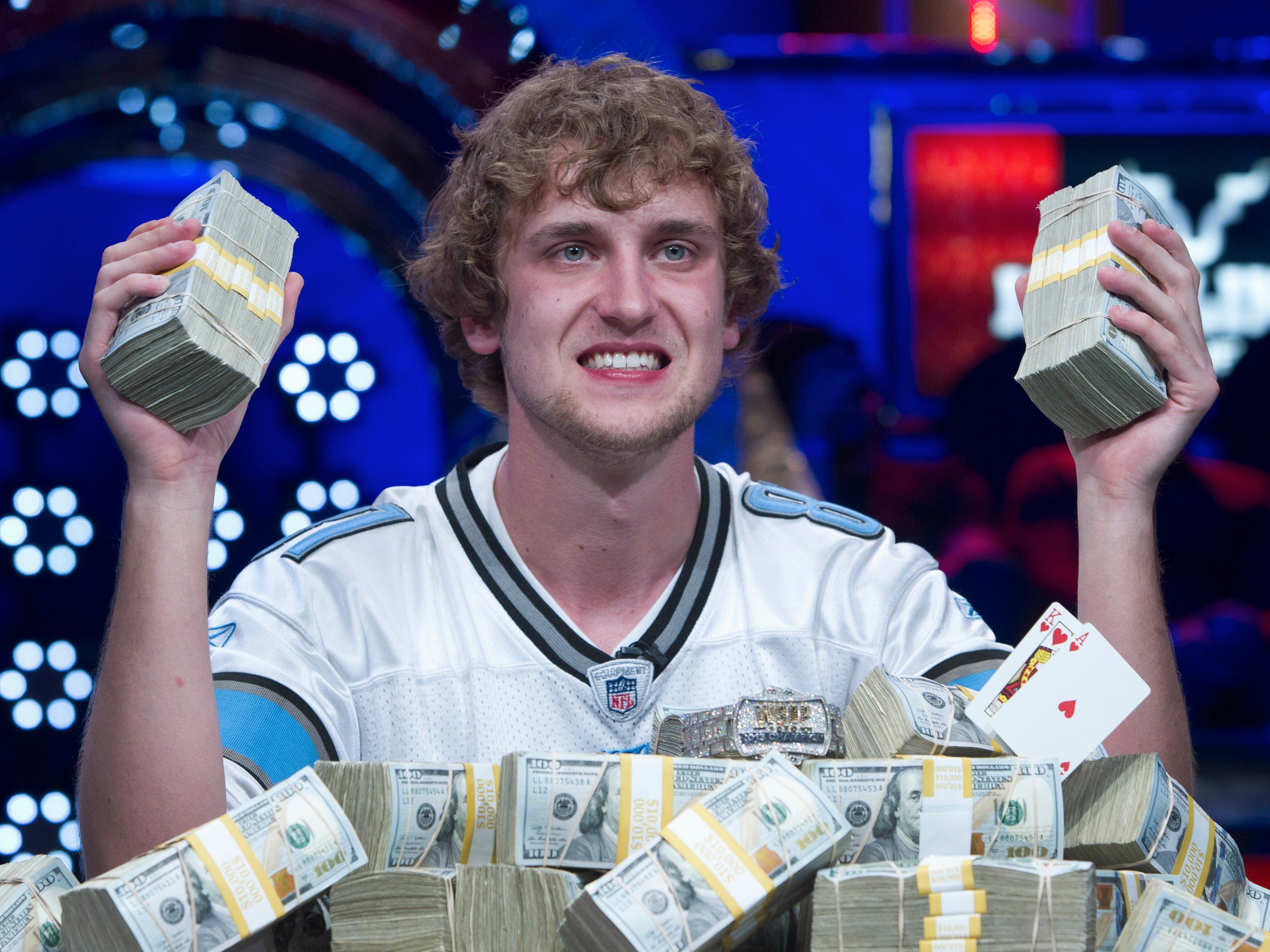 REUTERS/Steve MarcusProfessional poker player Ryan Riess poses with his $8 million worth of winnings from the Texas Hold ‘Em tournament in the World Series of Poker, 2013.

Investment bankers might have to go a year without upgrading their Porsche.

Forecasts from Emolument.com, which crowdsources data on pay, show that bankers’ bonuses are likely to drop significantly next year, by almost 10% for some sectors.

The company analysed the correlation between bankers bonuses and deal volumes for the last three years, and extrapolated 2016 bonuses predictions based on the amount of deals in 2015.

Alice Leguay from Emolument.com said: “Previously, receiving a ‘doughnut’ or zero bonus was akin to being encouraged to find employment elsewhere. With ever more restricted bonus pools, it may be that doughnuts become more commonplace, as banks limit substantial bonus payments to key outperforming staff they simply cannot afford to lose.”

Worse hit are the traders in fixed-income, currencies and commodities. Slowing growth in China and falling oil prices killed the commodities market this year.

Investment bankers, who advise corporate clients on merger deals and public offerings of shares, are also looking at a year of shrinking payouts. There have been fewer share offerings this year as volatility gripped the market:

It’s not all bad news. Traders who specialise in picking stocks could have a bonus boost in 2016: