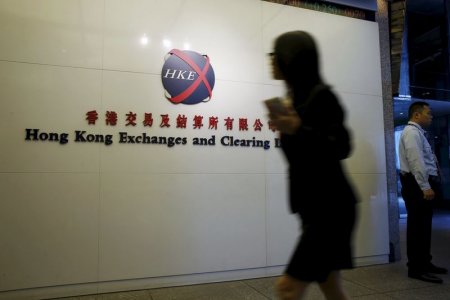 HONG KONG (Reuters) – Global banks have started to hand back investment quotas used to buy Chinese stocks and bonds because alternative channels for investment in China and the sliding yuan are making this once lucrative business unprofitable.

While China’s move to open up its capital markets and allow its currency to trade more freely has created opportunities for global banks, these developments are also threatening to kill off niches where they have acted as middlemen to give previously excluded foreign investors backdoor access to the mainland.

Other banks are considering following suit, according to individuals familiar with the discussions.

The move does not reflect a waning appetite for investment in China, however, despite its slowing economy; overall quotas for QFII have quadrupled to about $81 billion since 2010.

But banks’ share of the quotas, which they repackage into derivatives such as p-notes and sell on to investors who don’t have access to Chinese markets, a practice known as quota renting, has dwindled to just 14 percent from 37 percent over that period.

That means more foreign investors such as asset managers and index funds, the biggest users of such products, have access to China through QFII or new alternative avenues for investment such as the Hong Kong Shanghai Stock Connect scheme and the more flexible yuan-denominated RQFII – so fewer need the banks as go-between.

“Renting quota allocations is a dying business due to the access available through Stock Connect,” said Brendan Ahern, chief investment officer of New York-headquartered KraneShares, which runs an exchange-traded fund for mainland shares.

Things are expected to get worse when the Shenzhen stock market joins the Connect scheme sometime this year.

“The cost of warrants or p-notes to access China have come down in line with Stock Connect costs, and with Shenzhen coming online that is going to challenge the economics of that business even more,” said David MacKenzie, Asian equities product manager at investment management firm Schroders.

Public data and regulatory filings show that some of the biggest China index funds, including BlackRock’s $5 billion FTSE A50 China Index ETF, are increasingly using their own newly granted QFII quotas and Stock Connect in place of synthetic products.

Barclays and Commerzbank declined to comment. A spokeswoman for SEB said the bank handed back its quota because it was more efficient to use Stock Connect wherever possible. ING did not respond to requests for comment.

For banks, declining client demand has been compounded by the depreciation of the yuan, which has lost about 5 percent against the dollar since August. This is because QFII is denominated in dollars, which are exchanged onshore for yuan and then back into dollars when holders want to sell up.

In the past, banks generally benefited from the appreciation of the Chinese currency, but are now exposed to currency risk amid expectations the yuan will decline further.

In a bid to help cover the currency costs, some banks are now renting out QFII free of charge to big clients, according to two people with knowledge of the banks’ businesses.

Some of the biggest providers of synthetic China access products, including HSBC, UBS, Credit Suisse, Citi and Macquarie, declined to comment for this article.

Handing back quota might once have put Beijing’s nose out of joint, but the government looks unlikely to raise strenuous objections under the changed circumstances.

“The Chinese authorities understand the issues, so banks don’t need to worry so much about offending the authorities,” said Keith Pogson, senior financial services partner at EY in Hong Kong.

(Reporting by Michelle Price; Editing by Will Waterman)