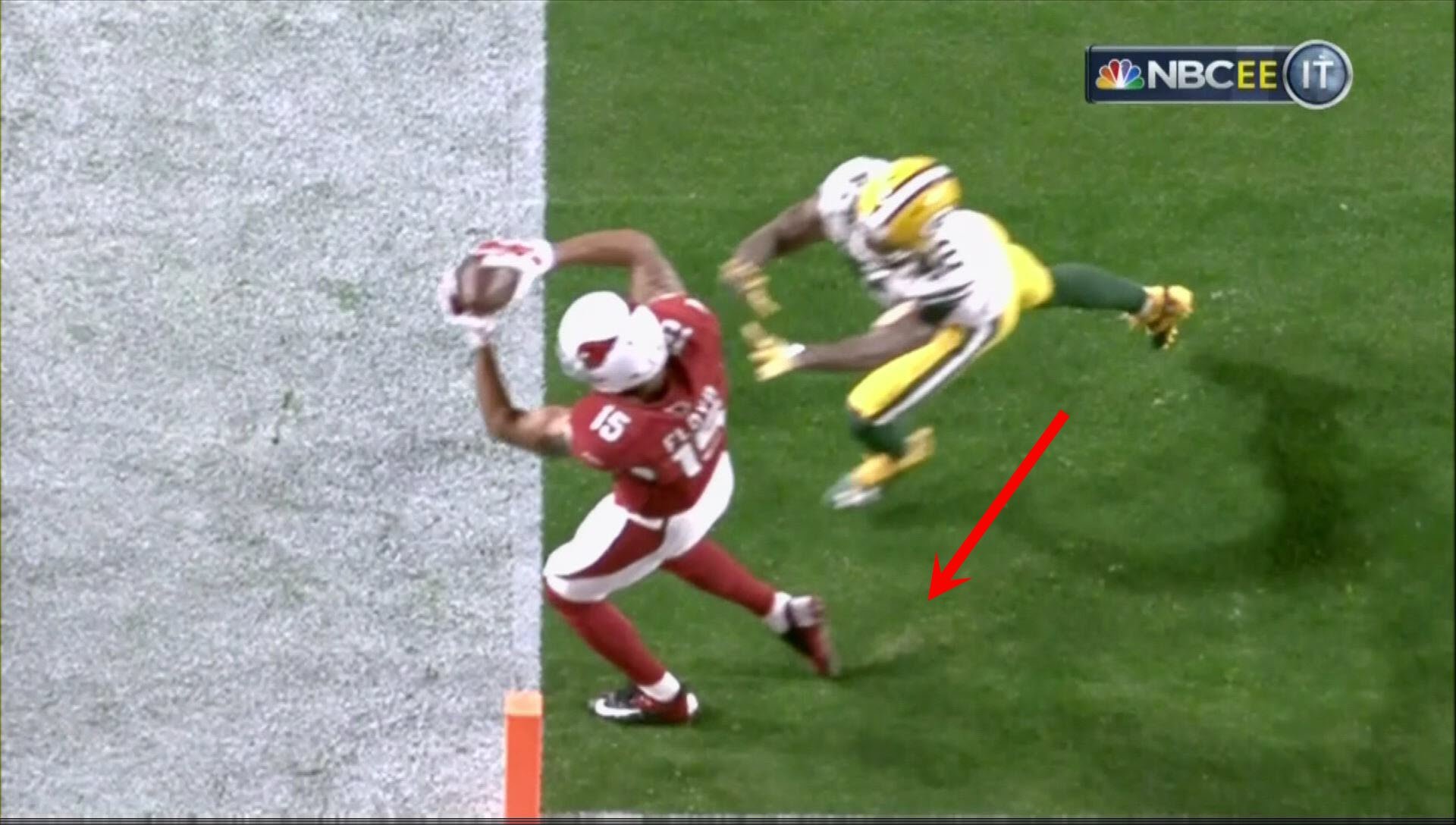 The Arizona Cardinals took an early 7-0 lead over the Green Bay Packers in their divisional-round playoff game. It was that early touchdown that showed just how amazing television replays have become.

When the play was shown live, Carson Palmer hit Michael Floyd in the corner of the end zone. The officials initially ruled it a touchdown. However, there was doubt about whether Floyd actually got two feet inbounds.

Even the first replays suggested that maybe the Packers should challenge the ruling.

But then NBC unleashed their “NBCeeit,” a zoomed-in version of one of their replays.

Suddenly, the viewers at home, and presumably those on the Packers’ coaching staff watching at the stadium, could clearly see piece of dirt fly up from the natural turf used at University of Phoenix Stadium.

That’s a catch and a heckuva replay.